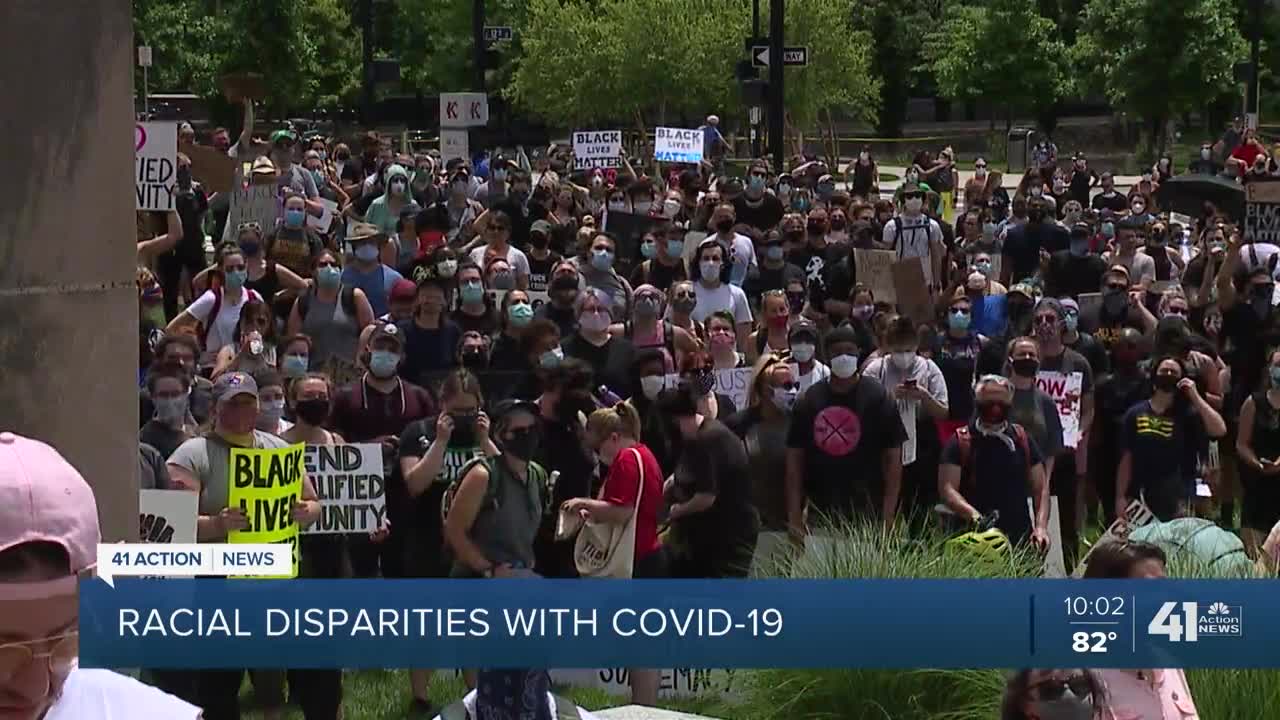 For the eighth day, thousands of people held signs and marched up and down Kansas City’s streets to protest police brutality and plead for reform aimed at justice and equality in response to the killing of George Floyd in Minneapolis. But health data nationwide shows inequality in health care, too. 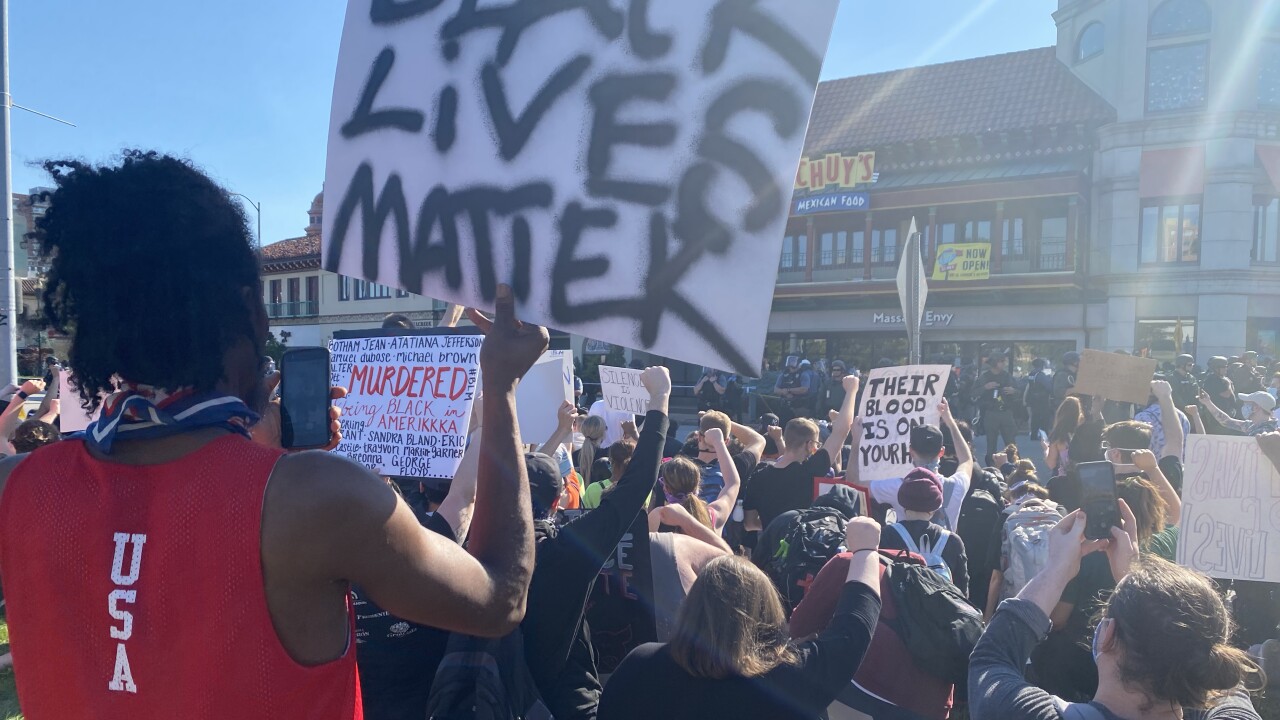 KANSAS CITY, Kan. — For the eighth day, thousands of people held signs and marched up and down Kansas City’s streets to protest police brutality and plead for reform aimed at justice and equality in response to the killing of George Floyd in Minneapolis.

A large group of protesters gathered Friday morning outside of City Hall in downtown Kansas City to condemn racism and demand change within the police department.

“They’re killing our kids right here in Kansas City,” Nareen Stokes, whose son Ryan was killed by a Kansas City Police officer near the Power and Light District in 2013, said. “Not in Minneapolis, not in Chicago, it’s right here. We’ve got to fight. Stand up; pray for me.”

Floyd’s death, for which four officers have been charged after Derek Chauvin was caught on video by a bystander kneeling on his neck as Floyd struggled to breathe and pleaded for his life, has sparked protests nationwide.

“This movement isn’t for me,” one protestor told 41 Action News. “It’s for all the people of color in this city who have been beaten down, harassed, discriminated against and murdered in our streets.”

The protests have been the largest public gatherings since the coronavirus pandemic forced nationwide shutdowns.

“There’s no question about what the problem is,” Broderick Crawford, president of NBC Community Development Corporation, said. “The question is, is there willingness in this country to change?”

Crawford and others have been fighting another battle on another front line of equality: this one related to health care.

Several groups are working to increase the availability of COVID-19 testing in Wyandotte County.

Data from health departments across the country show that the pandemic has disproportionately impacted the African American community, including in the Kansas City area.

Forty of the 75 coronavirus-related deaths reported In Wyandotte County have been black people, according to health department data.

“That’s greater than 50% of deaths that have occurred in a population of people that only make up 23%of the population,” Crawford said. “That’s a problem.”

Kansas City, Missouri, Health Department data points to a similar trend. Almost 40% of people testing positive for the coronavirus are black, even though the black community makes up about 30% of the city’s population.

“It tells me that we still have the biggest problem in America all along,” Pastor Cedric Rowan of First Baptist Church said. “We have a health inequity.”

According to Rowan and Crawford, health inequities include a lack of communication and access to affordable health care, such as coronavirus testing.

To combat this problem, several community entities have teamed up to offer testing at multiple sites throughout Kansas City, Kansas.

If you live in Wyandotte County and want to be tested for COVID-19, here are some upcoming opportunities: