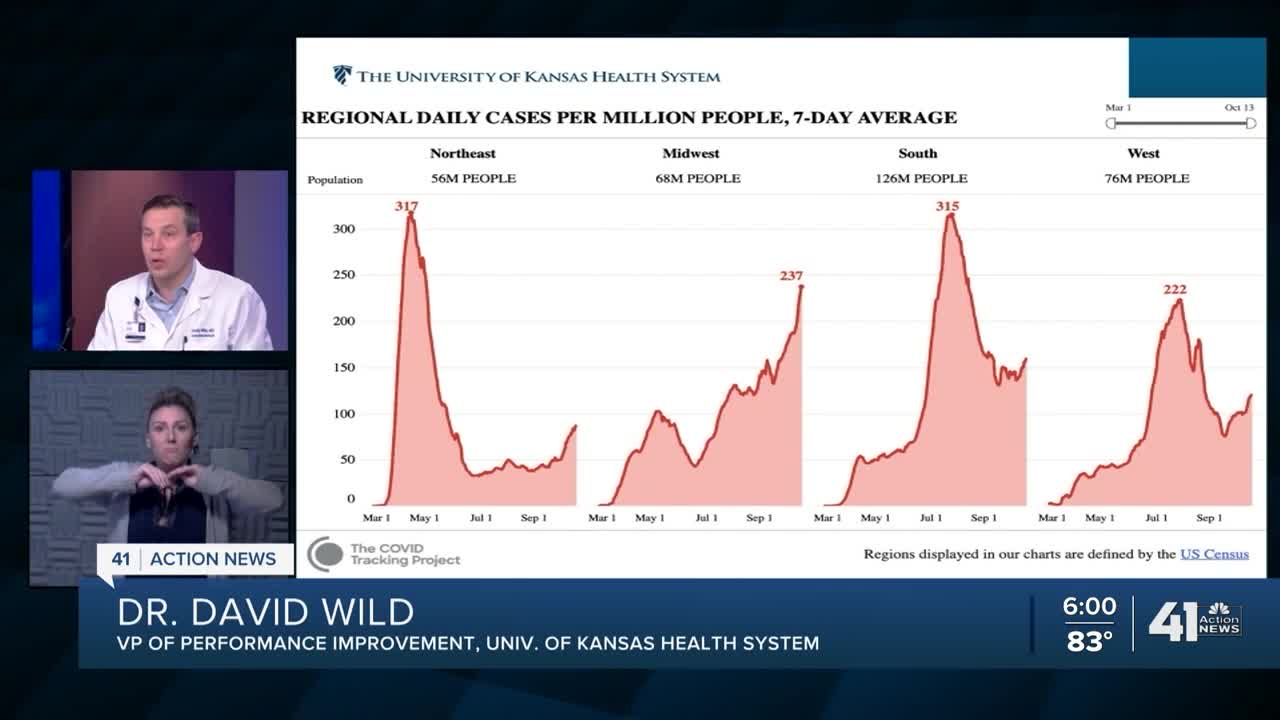 Dr. David Wild says the Midwest is at the beginning of a third wave of COVID-19. 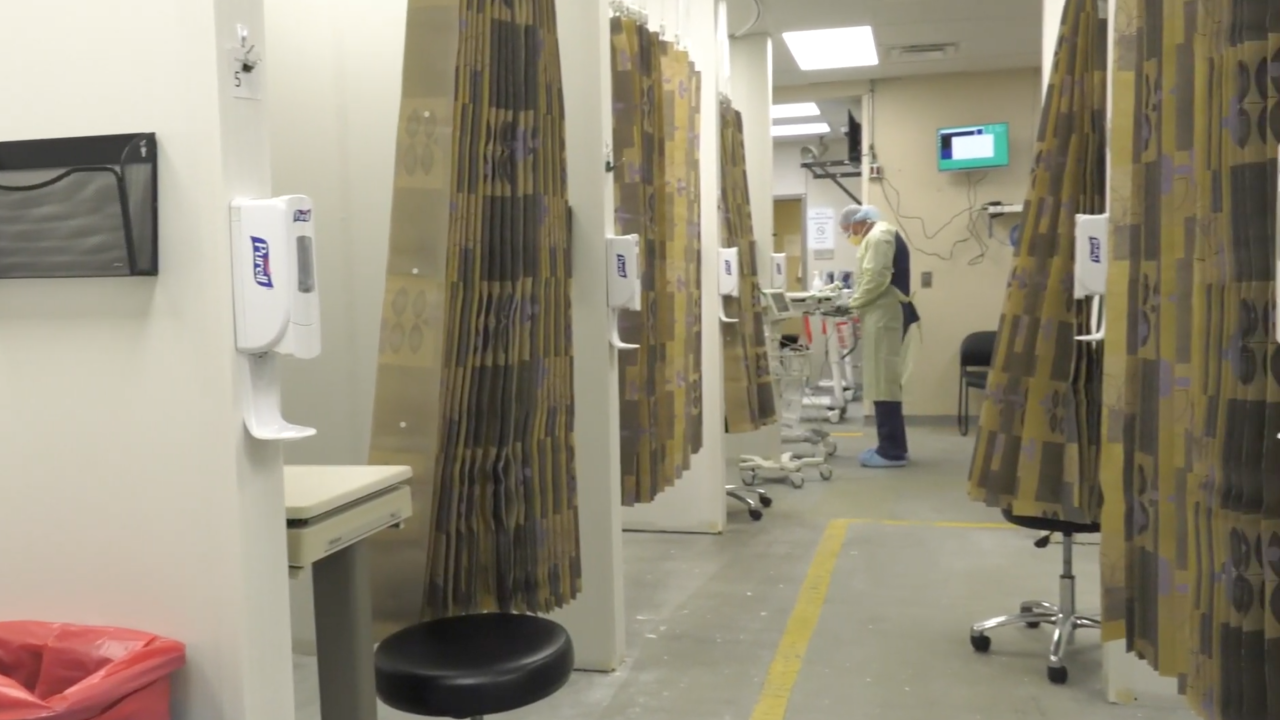 KANSAS CITY, Mo. — Doctors at the University of Kansas Health System said more than 300 new COVID-19 cases are being reported each day right now in the Kansas City area — a jump from last month, when just over 200 new cases were reported a day.

"Regionally, I think we have a lot of work to do," Dr. David Wild said in KU's morning COVID briefing Wednesday.

Wild describes it as plateauing off, rising and never dipping lower than the previous plateau, like a stair step, and used graphs to show how the Midwest compares to other areas of the country.

The Northeast region of the U.S. had a peak in late April with 317 daily cases per million people, while the South, particularly in Texas and Louisiana, recorded a peak of 315 cases each day per million people in August.

Right now, the Midwest has 237 new daily cases per million.

While it's not as high as the peaks seen in Northeast or the South, Wild said "it is, by far, the highest population-adjusted rate of new disease in any region of the country."

Wild said the Kansas City area is at the start of a third COVID-19 wave that will lead to more cases and hospitalizations.

"When people say the Midwest has become a hotspot and is an area of concern, this is one of the reasons," Wild said. "You can see the trend, the slope of that line for Midwest, is definitely not flattening and remains on its up slope."

He's worried about the spike going into winter.

"All the RNA viruses, coronavirus and influenza, tend to last longer in more dry environments, so as we go into winter the humidity is lower indoors," Archer said. "We also find this virus doesn't just spread by particles when you're breathing and talking, but it actually hangs in the air some, so we start getting more and more people in crowded indoor spaces, the virus will end up taking off again. So, it is a concern."

Archer said people need to think twice about going to family gatherings during the holidays if they are in high-risk categories, including people over 60 and those with diabetes or breathing conditions.

If there is some good news, children 10 years old and younger are not contracting the virus nearly as often as older people, representing less than 3% of KCMO's total cases.