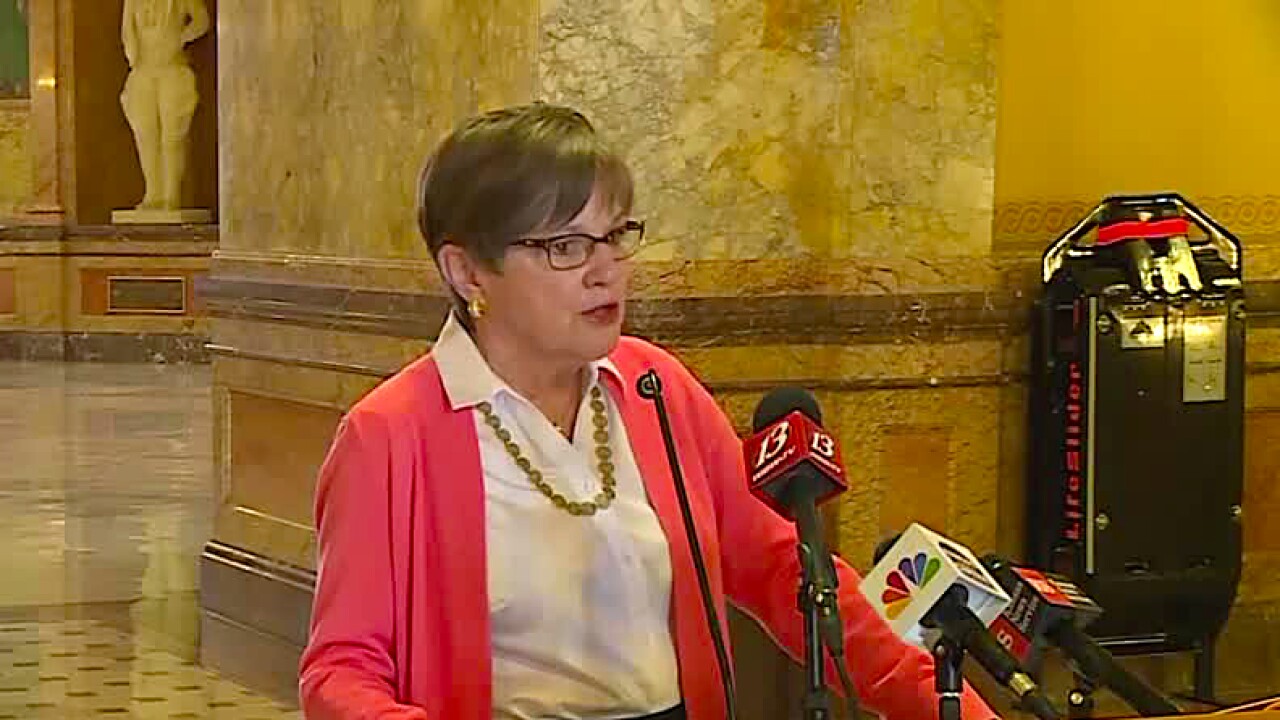 KANSAS CITY, Mo. — Kansas Gov. Laura Kelly said Tuesday she is working with the Kansas Department of Corrections to determine if there is a chance to release some inmates early.

The news comes as at least one state facility, the Lansing Correctional Facility, reported eight inmates and nine staff members have tested positive for COVID-19.

Medical professionals have long worried about prison populations being particularly vulnerable during a pandemic.

Kelly said that while inmates who have tested positive have been quarantined away from other inmates, the issue served as a reason to review current policies.

“We’re also going through the list of those who were close to release and looking to see which ones are those have we we call ‘viable plans’ to have a place to live, that they have a job to do, that they have what it takes to be released successfully back into the community,” Kelly said. “We’re processing all of that and hopefully we’ll be able to move quite a few of those folks back into their communities."

Kelly said they are working through several issues before releasing any inmates back into the community, including notifying community stakeholders and local officials.

“There will be no surprises,” Kelly said. “Everybody will know what’s coming up for the first time.”

"Yesterday, (U.S.) Attorney General Barr acknowledged the pandemic threat, encouraging prosecutors to 'consider not seeking detention' of certain pretrial detainees, including those vulnerable to COVID-19," Brannon's statement read, in part. "But in Kansas, federal prosecutors have repeatedly dismissed a COVID-19 outbreak in our jails as mere 'speculation,' even as public health experts explain that it is medically inevitable. Prosecutors insist it is mere 'speculation,' even as we witness COVID-19 destroy other jails like an uncontrolled wildfire, taking down those in custody and their custodians in almost equal numbers."

She stressed that the presumption of innocence remains and that most inmates unable to make bail are being punished, and potentially exposed to COVID-19, "because of their impoverished circumstances."

"Again, we place our poorest brothers and sisters at the greatest risk, pretending they are safer in jail, but really thinking we can better protect ourselves from the virus at their expense," Brannon wrote. "That is wrong. No one is safer from this pandemic if the jail gates stay locked. This plague spreads nine times faster in jail than in the general public."

If a prison or jail is overrun with COVID-19 cases, requiring hospitalization at public facilities, it could pose a threat to the general public's welfare, Brannon wrote.

The full statement is available here: