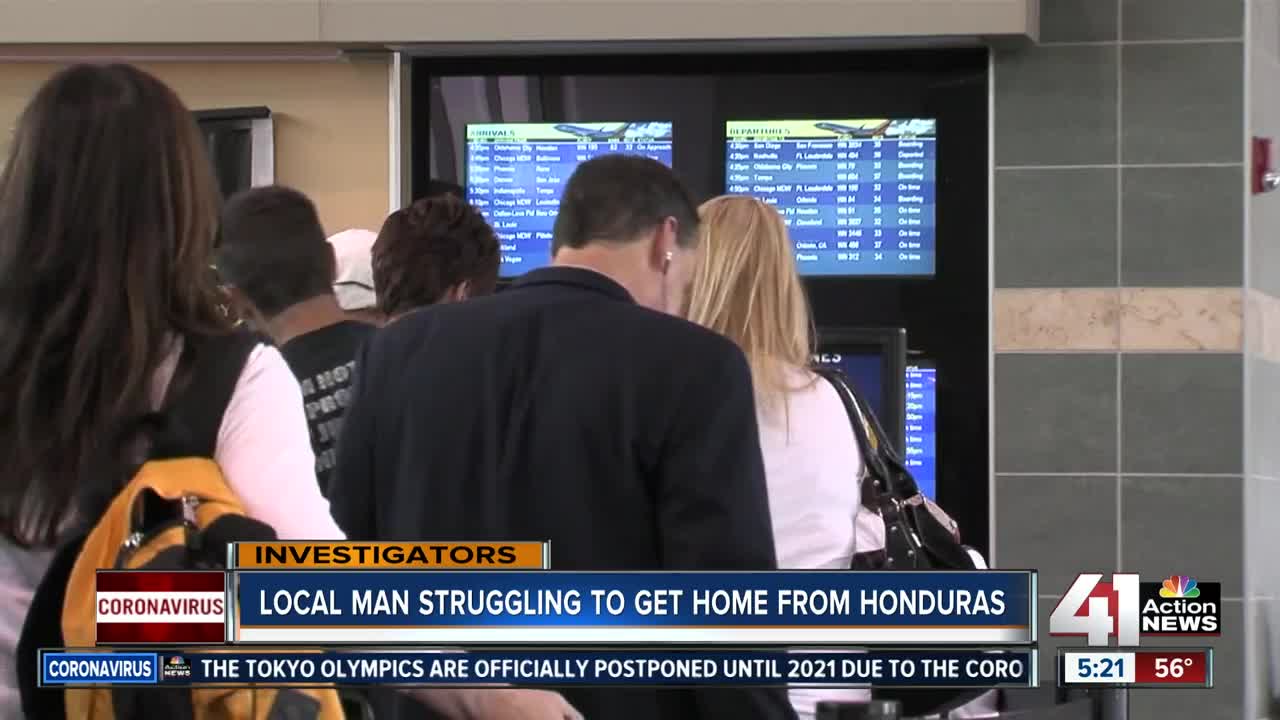 An Independence man, Rob Camblin, is currently stuck on a small island off the coast of Honduras due to the global COVID-19 pandemic. He was there to become a certified scuba diving instructor. 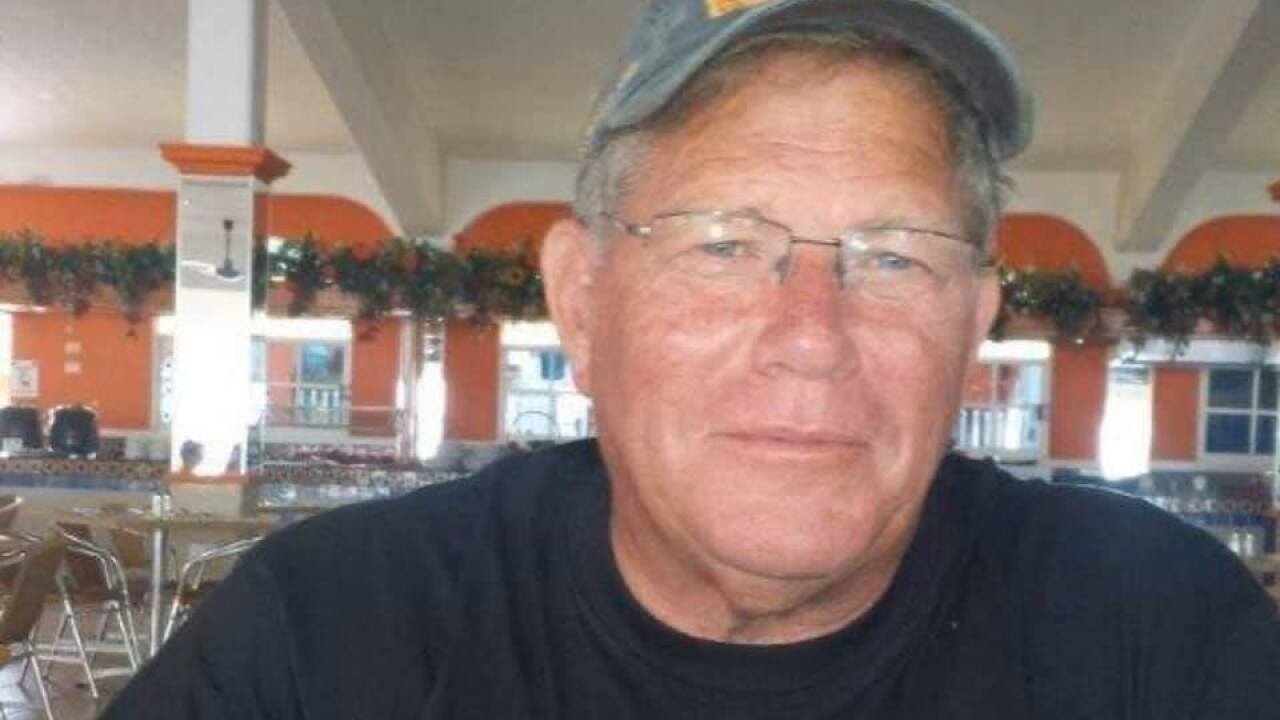 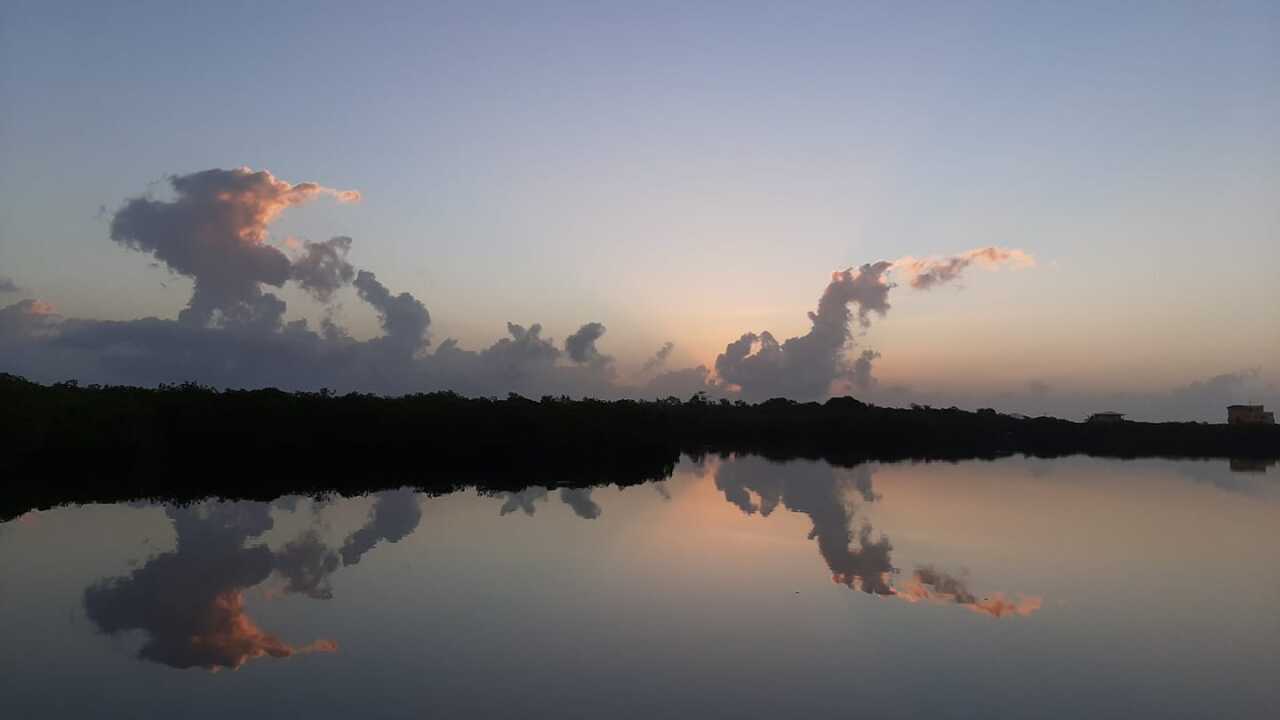 KANSAS CITY, Mo. — An Independence man is currently stuck on a small island off the coast of Honduras due to the global COVID-19 pandemic.

Rob Camblin went to the tiny island of Utila to become a certified scuba diving instructor.

Camblin, a U.S. Marine Corps veteran, got stuck there amid a flurry of canceled flights.

He said Tuesday he has now secured a seat on one of the small handful of flights to the U.S., but it's been far from easy.

Camblin, who spoke with 41 Action News through Facebook Messenger, said until the pandemic forced him into isolation, Utila was a Caribbean paradise.

"It's a lot of fun and the people are very, very gracious," he said.

Camblin went to Honduras because he said it's one of the top five spots in the world to learn to be a scuba diving instructor. He works for a Lee's Summit dive shop.

But now that island paradise has turned into a nightmare.

He's only allowed out of his apartment between 10 a.m. and 1 p.m. for basic needs like food, bottled water and medical care.

Bottled water is a necessity because the tap water is not drinkable.

Camblin spends the rest of his time alone in his two-bedroom apartment that doesn't have hot water.

"The days are long and boring," Camblin said. "I've read all my books, but I can't go to the library to check another book out because it's not authorized. You get two U.S. TV stations and a lot of Netflix. The internet is very big down here."

Camblin said he had a flight booked for Wednesday with Delta Airlines for the more than 1,600-mile journey back to Kansas City.

"They allowed me to pay for the flight then they canceled it four days in advance with no explanation," he said.

Now, Camblin has booked another flight Saturday on United Airlines, which is offering one flight a day to the U.S. through the end of the month.

Camblin estimates between Utila and the larger resort island of Roatan, which is nearby, there may be as many as 1,000 Americans in the small section of Honduras.

Asked if there are enough flights to get everyone home who wants to leave, he said, "You know I'm hoping so."

Camblin said 11 people on the Bay Islands of Utila and Roatan have been tested for COVID-19, but all results were negative.

He expects the most risky part of his return trip will be when he arrives in Houston to connect to his flight home to Kansas City.

"I assume I'll go through with my global entry card, I'll pick up my luggage, throw it on the carousel and I'll just be exposed like everybody else is exposed, so that's where the hazard comes in," Camblin said. "I'm 67 years old, (but) I'm willing to take chances to come home to my family."

Only Canada has been able to work successfully with their airlines and the Honduran government to get all of its citizens off the islands and home in a timely fashion.

"It's just disheartening to think that here we are and we have to fend for ourselves without any support of the government," Camblin said. "It's just been terrible."

He said he reached out to Rep. Emanuel Cleaver II's office to get help. Cleaver is a Missouri Democrat, who represents the Kansas City area.

A spokesman for Cleaver said he can’t discuss specific case work of constituents due to privacy concerns, but indicated that the congressman is working to help get U.S. citizens home.

“We’re doing all that we can with a significantly higher volume than we’ve ever seen before of constituents trying to get home to the Kansas City area from abroad and even cruise ships,” Cleaver's spokesman said.

Cleaver’s office is working with the U.S. Department of State, embassies and other entities to bring those people home as soon as possible.

"It's been such a trial to try to get home — I'm not even home yet — that it mentally starts to wear on you," Camblin said.

He also understands when and if he finally does get home, social restrictions await in Independence.

"I'm willing to comply with whatever restrictions they put on me when I get home, but the key thing is I'll be home," Camblin said. "To be surrounded by familiar things, wait in line to go to Costco, that would be pretty cool. There's just something to be said for being at home then being in a foreign country by yourself."

The original plan was for his wife to join him Utila for part of the trip, but she couldn't travel after breaking a bone and he hasn't seen her since January 4.