'It was careless': Weekend party near KU campus draws outrage 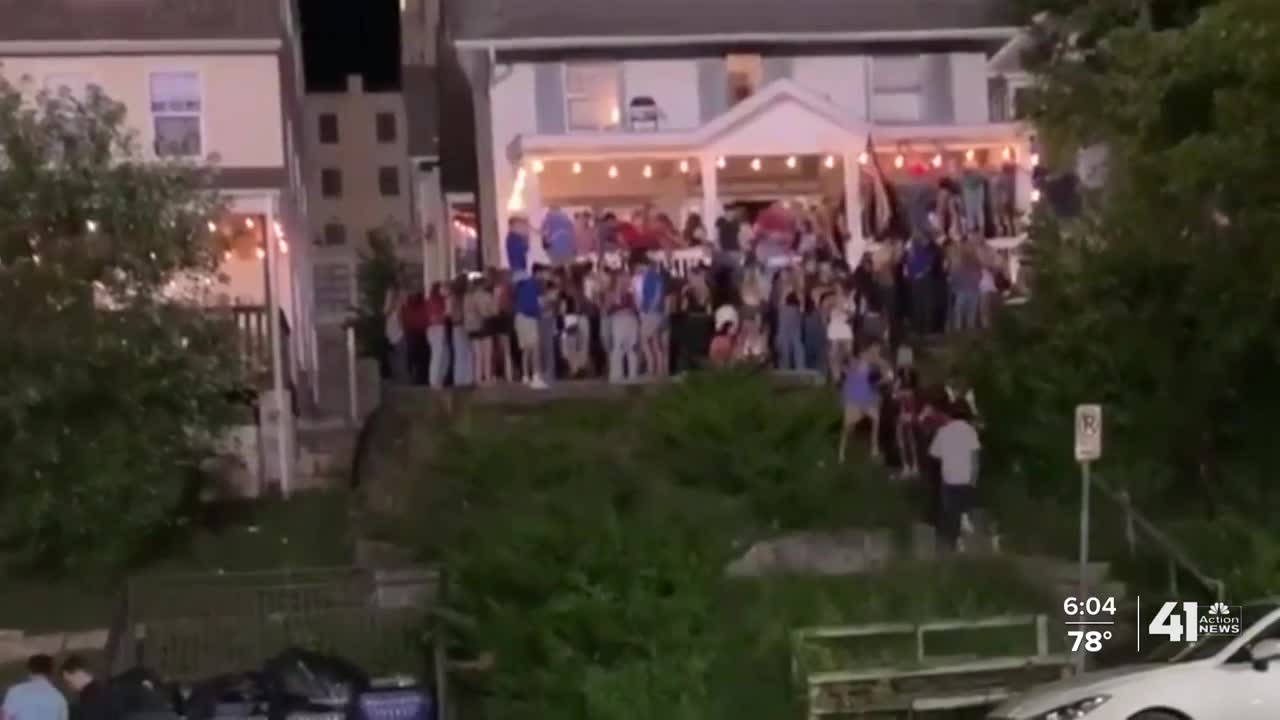 A party Saturday night near the University of Kansas campus has caused some people to become upset. 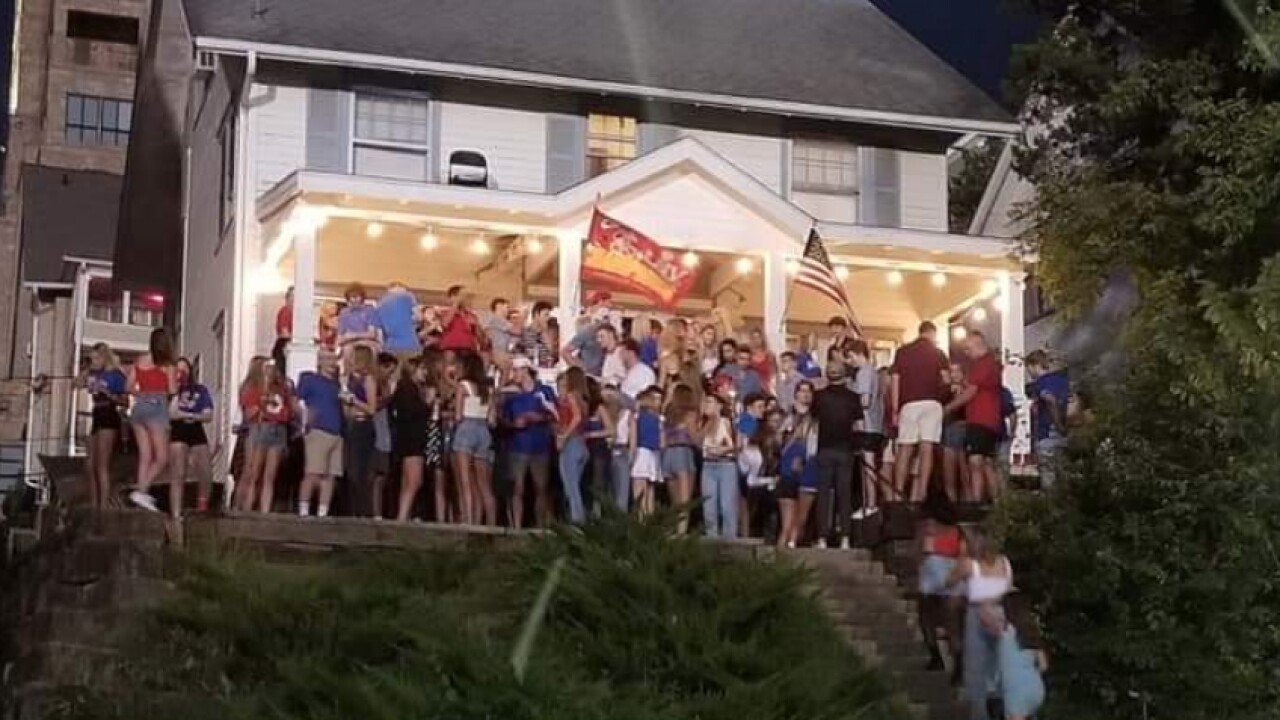 LAWRENCE, Kan. — A party Saturday night near the University of Kansas campus has caused some people to become upset.

Over the weekend, several people posted videos on social media of what neighbors said was hundreds of people partying in front of two houses on Mississippi Street in Lawrence. The houses sit directly across from David Booth Kansas Memorial Stadium.

Macayla Graham and her boyfriend were driving on Mississippi Street on Saturday when they saw the party.

"We just see this big group of people and we were like, that's not social distancing," said Graham, a Lawrence native. "There were no masks, it looked like hundreds of people just all so close together."

She said the reason she posted the video was to show what is happening in the community and how some students are behaving.

"KU needs to close the campus down, obviously, because these students aren't taking it seriously," Graham said.

Neighbors are upset with this weekend's party.

She is a KU student and said her fellow classmates are shedding a bad light on the school and community.

"It definitely was careless," Knight said.

Knight and Graham just want these parties to end so they can protect not only themselves but the place they call home.

"This isn't the representation we want to show the entire nation and the world that this is what our community is like, but it's not," said Knight.

"If you are not from this community, you need to care about the people that live here, the people that have family here. We can't go anywhere else," Graham said. "So this is our home."

A spokesperson for the University of Kansas sent 41 Action News this statement about the situation:

While the university has received reports of off-campus parties, often there has not been enough information to act on — for instance, reports that don’t contain names of individuals or organizations involved. We are acting when we have enough information to pursue a public health ban and/or the student conduct process. Related to activities this past weekend, we have issued public health bans to individuals at two off-campus residences. Most of our students are doing the right thing, but we will not tolerate selfish and irresponsible behavior that puts the health and safety of our community at risk.

The Lawrence Police Department said late Monday that received "multiple inquiries" over the weekend related to large gatherings, and those calls were treated as noise or loud music complaints. No citations were issued.

"The police department’s ability to enforce local health orders, including issuing citations or arresting for violation of such orders, is limited by law," the police department said in a statement to 41 Action News. "Generally, the Douglas County District Attorney’s Office handles these types of complaints, which any member of the public may bring directly to that office or to Lawrence-Douglas County Public Health."