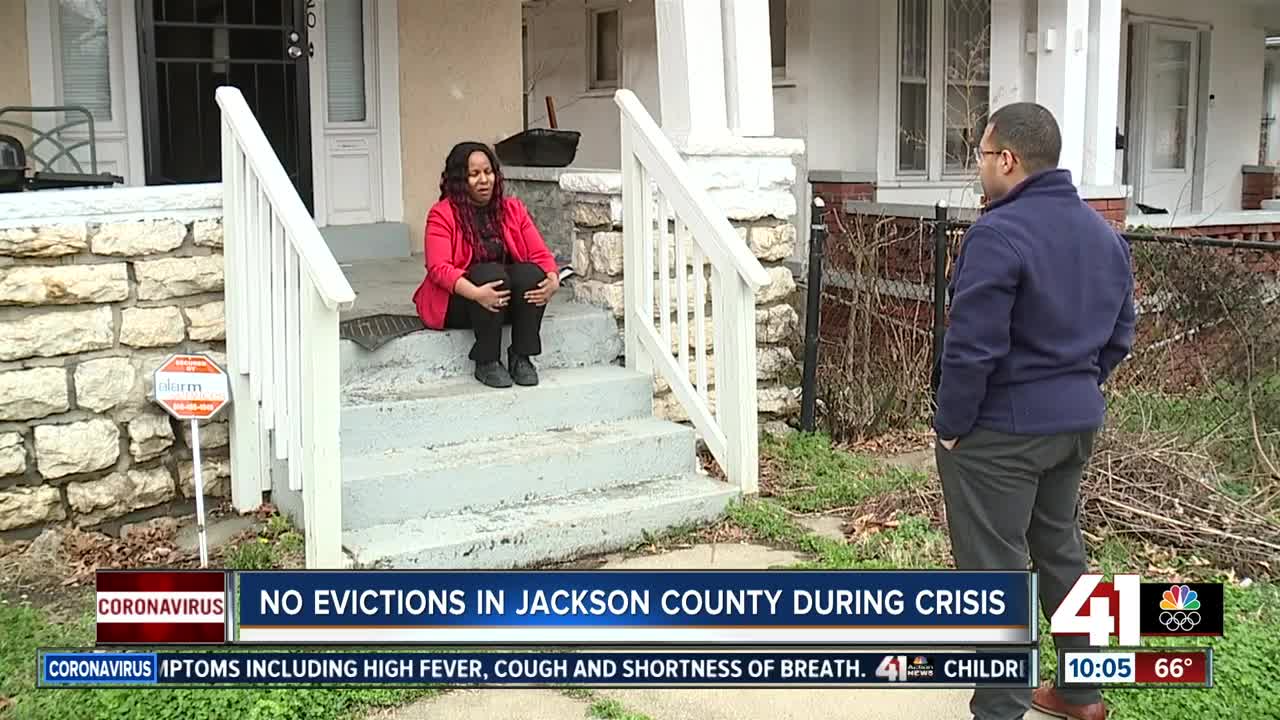 KANSAS CITY, Mo. — As a two-time cancer survivor, Tiana Caldwell, and her family are grateful to have a home during the ongoing COVID-19 pandemic.

"No one should be out on the street, especially with the crisis going on," she said.

But Caldwell has faced homelessness due to eviction in the past.

"When they show up to your door, they post that, it's like, you feel your heart drop to your stomach," she said. "That with an eviction on your record, it's going to be near impossible for you to find something (else), at least not immediately anyway."

Still, it's a reality some tenants in Jackson County faced as recently as Wednesday.

"There had been no orders given by the county to stop evictions from being executed, but we immediately spun into action and we drove hundreds of calls into the presiding judge of the 16th Circuit (Court of Jackson County)," Tara Raghuveer, director of KC Tenants, said.

Those calls along with President Trump’s decision to suspend evictions and foreclosures led to an order Thursday that stops Jackson County from carrying out evictions through until at least April 18.

"No one should feel feel, at least in Jackson county, as though they're going to be a risk of either losing their home losing their property," Jackson County Circuit Court Judge J. Dale Youngs told 41 Action News.

While the temporary stay on evictions is welcome, KC Tenants is girding for another fight down the road.

"We think that we have to protect against is a slew of evictions that would come after the order is over, right after April 18," Raghuveer said. "What we don't want to see is hundreds of evictions across the county because all of these people have not been able to pay the rent."

KC Tenants would like to see the state of Missouri enact several protections, especially with so many workers facing layoffs or job loss as the economy craters because of COVID019:

Kansas officials and utility providers made a similar announcement this week.

Landlords said while there's no clear answer at this point, tenants shouldn't be worried.

"Every landlord that I've talked to, no landlord has any plans for any late payments, anything like that if the tenant has a legitimate job loss or something due to the virus," Nelson Gordon, a local landlord and real-estate agent, said. "Everybody's honestly just trying to look out for their neighbors."