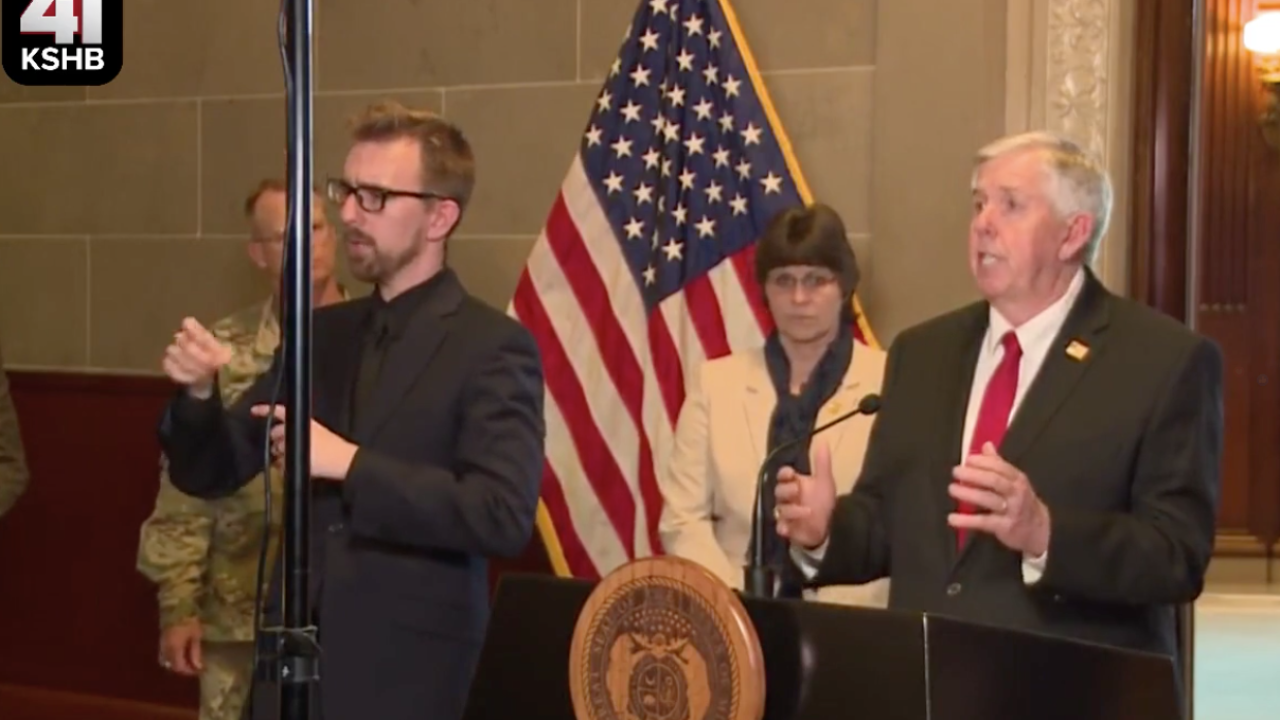 With the increased capacity for testing among private labs and at universities, Department of Health and Senior Services Director Dr. Randall Williams said the number of positive COVID-19 cases will be updated at 8 p.m. each day.

Williams said the state’s epidemiological tracking has yet to show community transmission of COVID-19, though he allowed that not all cases from today have been evaluated for the cause of transmission.

“Our goal is to rapidly move to surveillance,” Williams said. “We think that and social distancing” will make the difference.

The ability to identify patients as quickly as possible and isolate them, while continuing efforts to mitigate the spread will be key.

With flu season winding down, Williams said it will become easier to identify and differentiate COVID-19 patients by “about mid-April” for patients continuing to present with a cough and fever.

Parson, who will have a cabinet meeting tonight to address the COVID-19 outbreak, stressed that social distancing will be necessary “to defeat the coronavirus” and that other countries practicing such things have seen a reduction in the outbreak.

Missouri can test about 160 samples per day at state labs, but currently it’s only testing 60 to 70 per day. The state has enough tests for roughly two weeks, according to Williams.

However, he said the state’s capacity doesn’t matter as much with the ramp up of private testing facilities.

Addressing the state’s first COVID-19 death, state officials said the family of the Boone County resident who died was self-isolating at home before having a medical emergency.

His family called 911 and told emergency responders the patient was positive for COVID-19, allowing EMS personnel to put on personal protective gear.

The six hospital personnel who treated the man before his death have been quarantined for an undetermined period of time, state officials said.

Among the other confirmed COVID-19 cases in Missouri, one at the Golden Valley Hospital in Clinton, which Missouri has mobilized special assistance to help

Missouri health officials have purchased additional personal protective equipment for hospitals and EMS personnel. The first shipment should arrive March 24 and the state is working on how to disperse it throughout the state.

Parson also pledged to get money into the hands of small-business owners impacted by the COVID-19 outbreak through federal loans.

Missouri Department of Economic Development Director Rob Dixon said a request was made to the federal government and it’s expected to be approved soon.

Finally, Parson also announced that all utility providers in Missouri have agreed not to disconnect service while a State of Emergency in place.