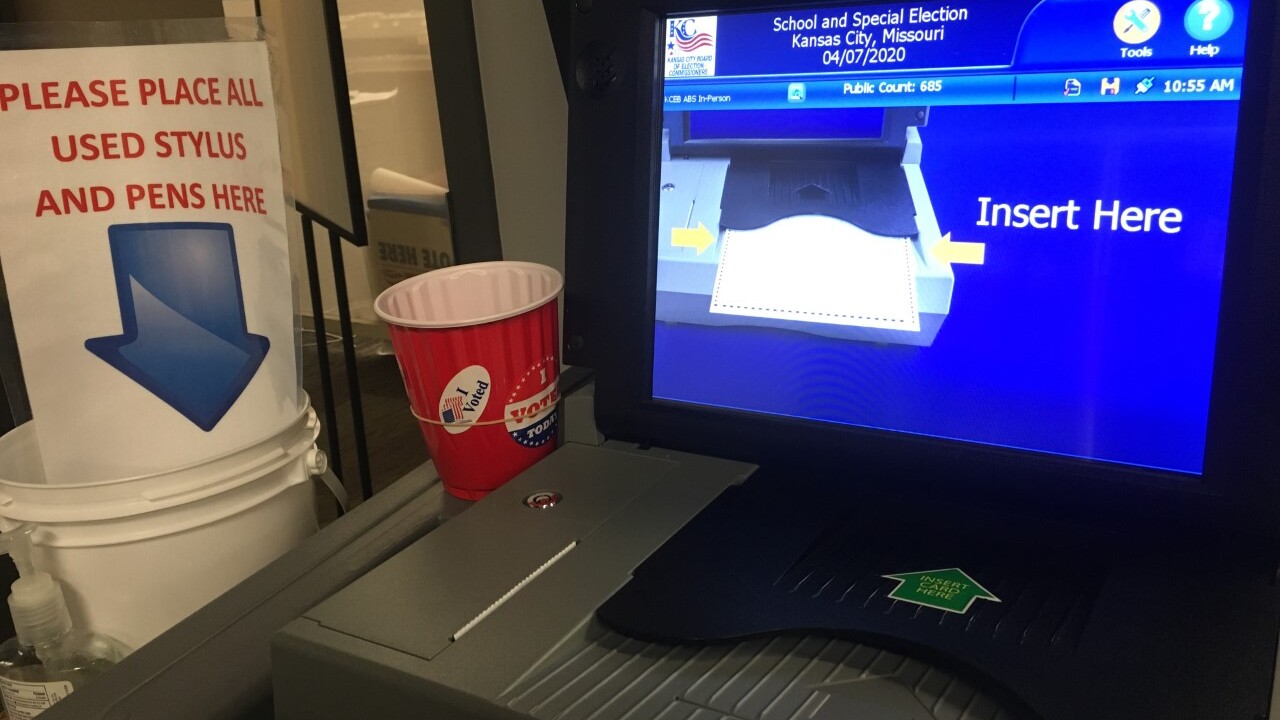 KANSAS CITY, Mo. — Kansas City, Missouri, voters will go to the polls June 2 for the first time since the COVID-19 pandemic hit.

In an effort to keep people safe and promote social distancing, voters will go to one of 27 polling sites in large spaces like gyms and community centers.

Inside the polling locations, the Kansas City Board of Elections said sanitization efforts have been stepped up with hand sanitizer, wipes and screen shields.

Board of Elections director Lauri Ealom said voters will also notice other changes while they vote.

"Styluses. That usually in all the past elections people sign with the stylus and everybody uses the same stylus, will now you use yours you take yours through you use it on a ballot marking device and then you discard it in a bucket,” she said.

According to Ealom, more poll workers are needed for future elections in August and November.

“The average age is 75 years old and so they’re in the protected class. So we’ve had a major push prior to now, but I didn’t want this to come to this but we lost more than half of them," she explained.

The board of elections director explained right now there’s 400 election workers. It’s a drop from the average of 1,500. During a presidential election, Ealom said they have on average of 3,000 poll workers.

Despite the low numbers, election officials said there are enough workers for the June 2 election.

People interested in being a poll worker or who need help finding their polling location can find it on the Kansas City Board of Election website.