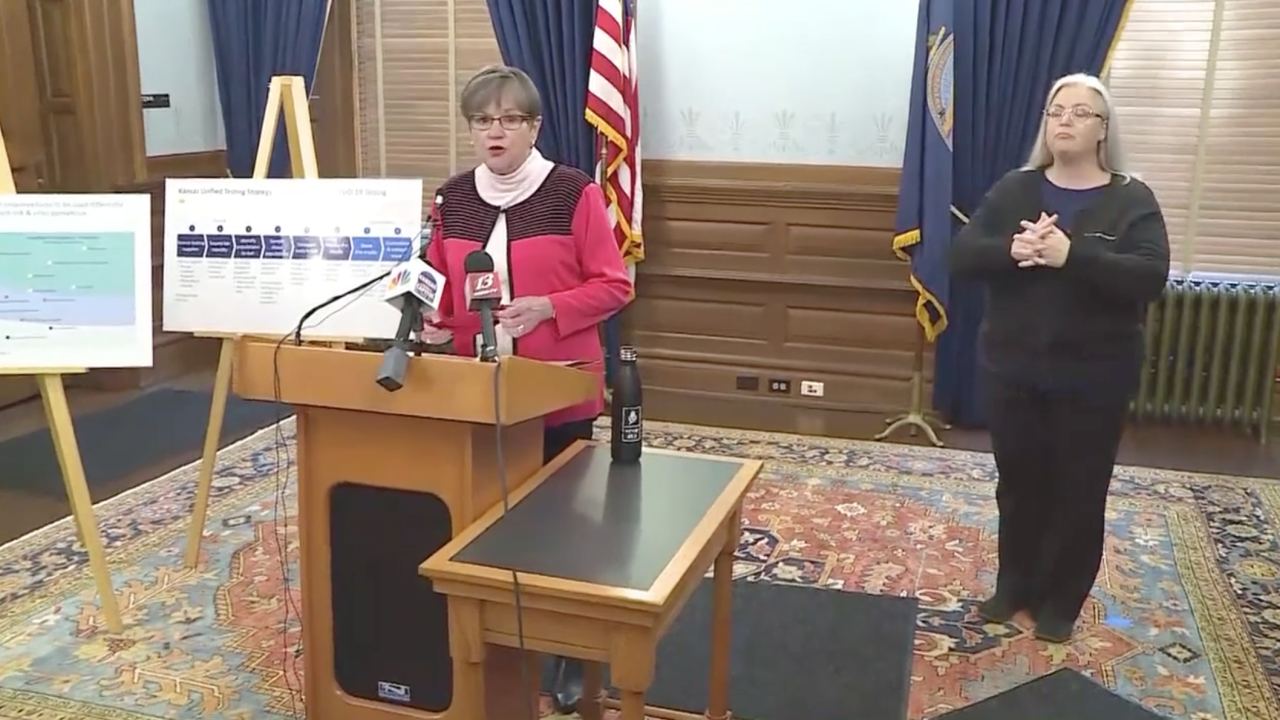 WIBW
Kansas Gov. Laura Kelly said she believes “there is time to turn around our virus response," at a Wednesday, Oct. 28, 2020 press conference.

KANSAS CITY, Mo. — Kansas Gov. Laura Kelly said she believes “there is time to turn around our virus response.”

The milestone came just a day after Kelly was in talks with the Kansas state legislature about restoring her power to implement a statewide mask mandate, which she believes would lower the state’s positivity rate from its current 10.54% seven-day rolling average.

While the legislature did not immediately grant her request for a special session, the governor said she believes “both sides were acting in what they felt in the best interests of Kansas.”

Republican leaders did offer Kelly an alternative: reach out to local authorities about implementing their own mask mandates.

Kelly agreed, but “with the stipulation that legislative leaders in conjunction with their caucuses reach out with me to county and city leadership, as well as stakeholder groups, and that we move forward as quickly as possible.”

The governor said she didn’t want to waste any more time and has directed her team to pour all their energy into this new strategy, pointing out that in just over six weeks, 500 Kansans have died — the same number that died in the entire seven-month period from March to September.

“If we are unable to convince communities to voluntarily implement a mask mandate, I will move expeditiously to find another way to implement a statewide mask requirement,” Kelly said.

Kelly said mask usage is also an important part of the strategy to keep schools and businesses open.

Also important in the state’s strategy is testing.

The governor announced Wednesday she expects the state to surpass one million tests administered before the year’s end under its new unified testing strategy.

The strategy combines public and private testing efforts to “allow for broader, routine screening in places like schools and nursing homes to stop community spread before it starts.”

In addition to the funds secured for testing, Kelly said the state’s partnership with the Rockefeller Foundation has kicked into action.

Through that avenue, the University of Kansas Medical Center will become one of 32 institutions nationwide to provide increased testing to communities disproportionately affected by COVID-19.