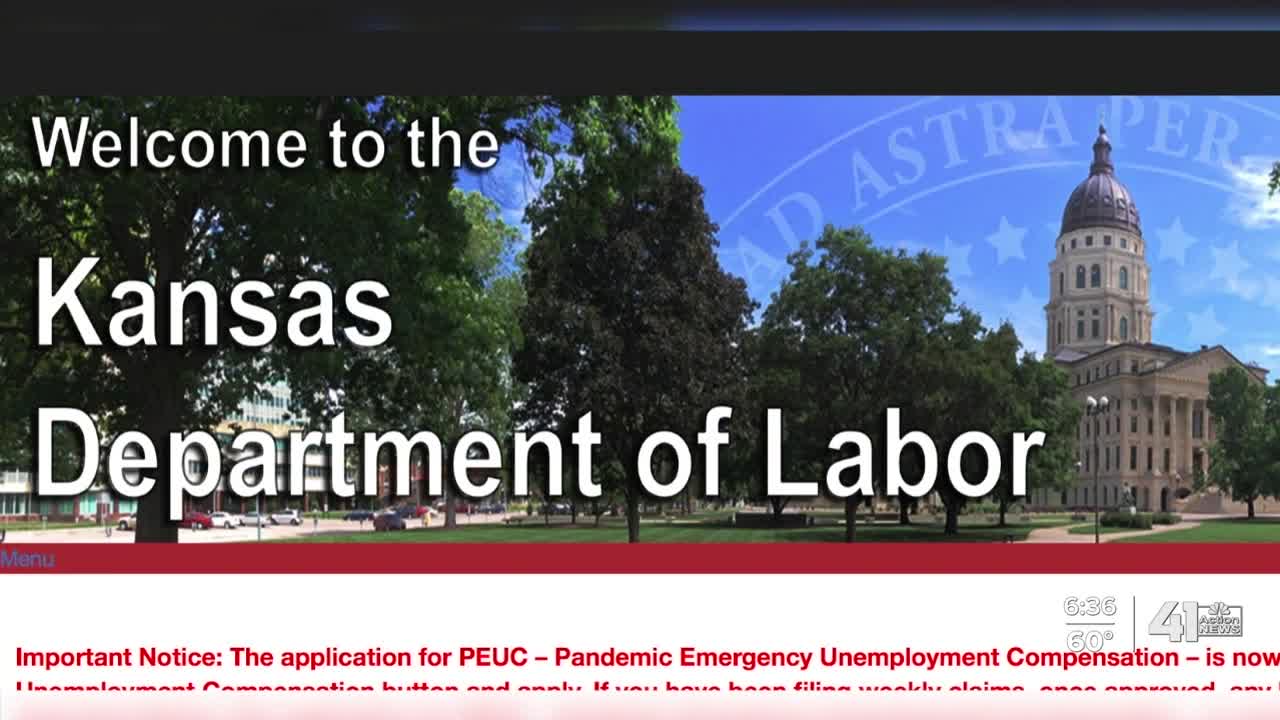 The Kansas Department of Labor says Kansans who are eligible for the Lost Wages Assistance program can expect payments by the middle of next week. 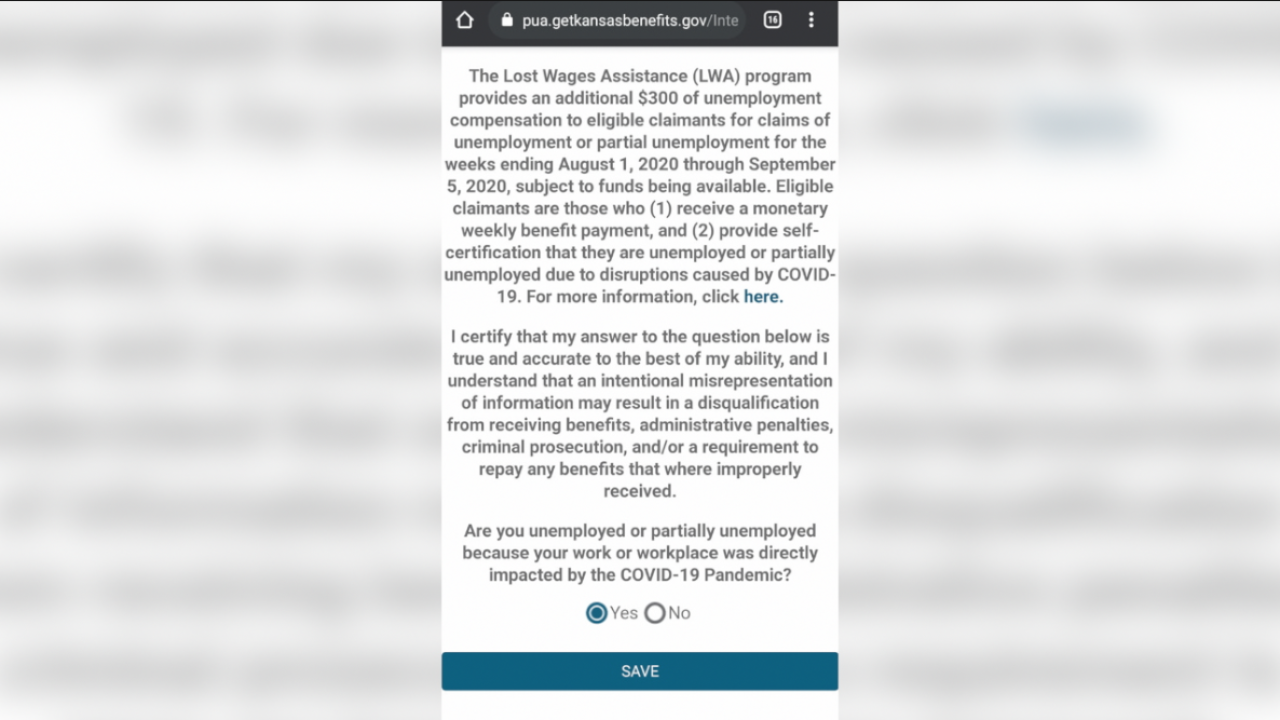 KANSAS CITY, Mo. — The Kansas Department of Labor says Kansans who are eligible for the Lost Wages Assistance program can expect payments by the middle of next week.

The program is part of an executive memorandum issued by President Donald Trump in August, which authorized FEMA to provide up to $44 billion to people who are unemployed or partially unemployed due to the pandemic.

Missouri was the third state to start paying out the weekly $300 payments. According to a spokesperson with the Missouri Department of Labor and Industrial Relations, the department has paid out more than $289 million in LWA benefits.

Kansas Gov. Laura Kelly originally announced it would take the state several weeks to get the program up and running.

A spokesperson for the labor department told 41 Action News that Kansans who filed unemployment claims for any of the weeks ending Aug. 1 through Sept. 5 may be eligible.

Claimants must self-certify to find out if they are eligible, which they can do on their online accounts.

Sarah Updike said the process was a simple yes or no question.

"It was super easy. I was really surprised because it always seems like there's some kind of hiccup somewhere in the plan," Updike said.

As for the actual payments, Updike said she isn't optimistic the $300 will hit her account next week.

"It's really hard to trust anything that's being said," Updike said.

She said she remembers the frustration she felt when the department pulled money back out of her bank account in June after duplicate payments were sent out.

"When that type of thing happens, you really have a distrust for the system and the things that are being told to you," Updike said.

Updike said the extra $300 is needed now more than ever.

"Now that my kids are home all the time we have bigger food bills, we have more things to deal with at home. It makes a world of difference for me," Updike said.

Many Kansans expressed frustration that the payments will be made weekly rather than in a lump sum since they are technically retroactive.

A spokesperson said: "To ensure KDOL could start getting payments to claimants as quickly as possible the program was developed to work this way. Additionally with back paying six weeks, paying out week by week allows KDOL to ensure accuracy in payment to claimants."