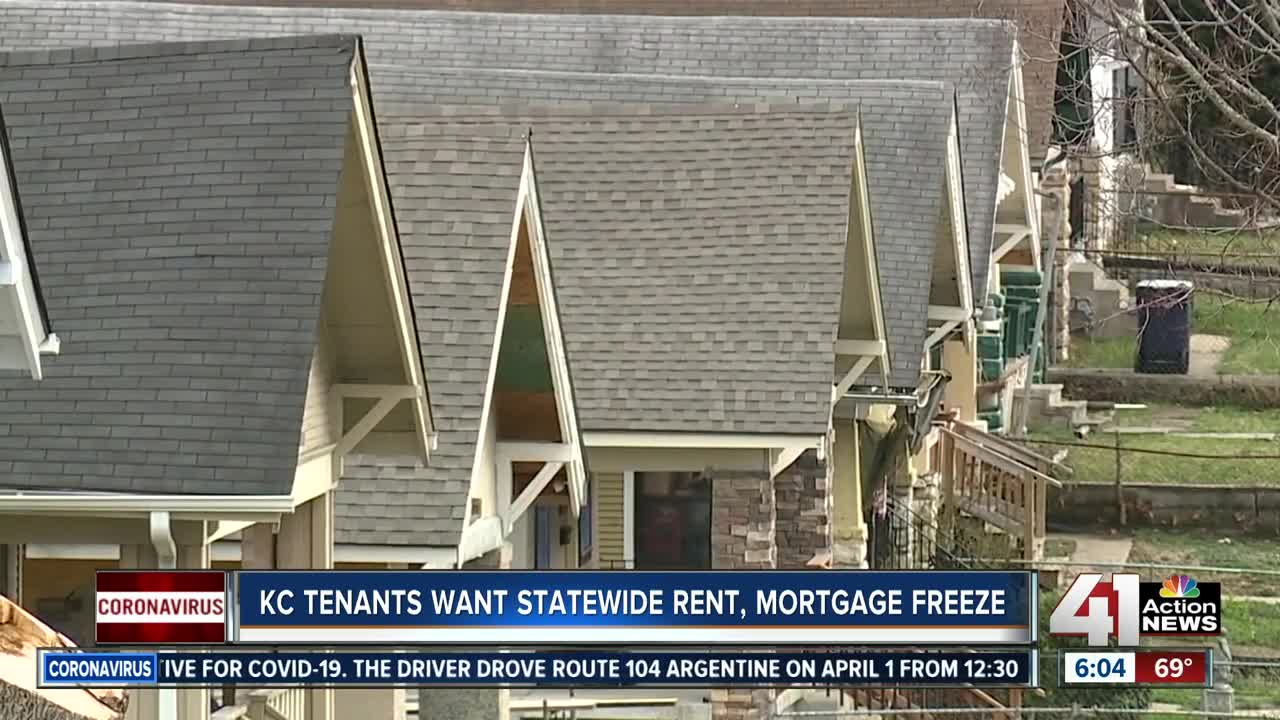 The KC Tenants group is pushing Missouri Gov. Mike Parson to issue a statewide rent and mortgage suspension or freeze to help people who have lost jobs due to the coronavirus pandemic. 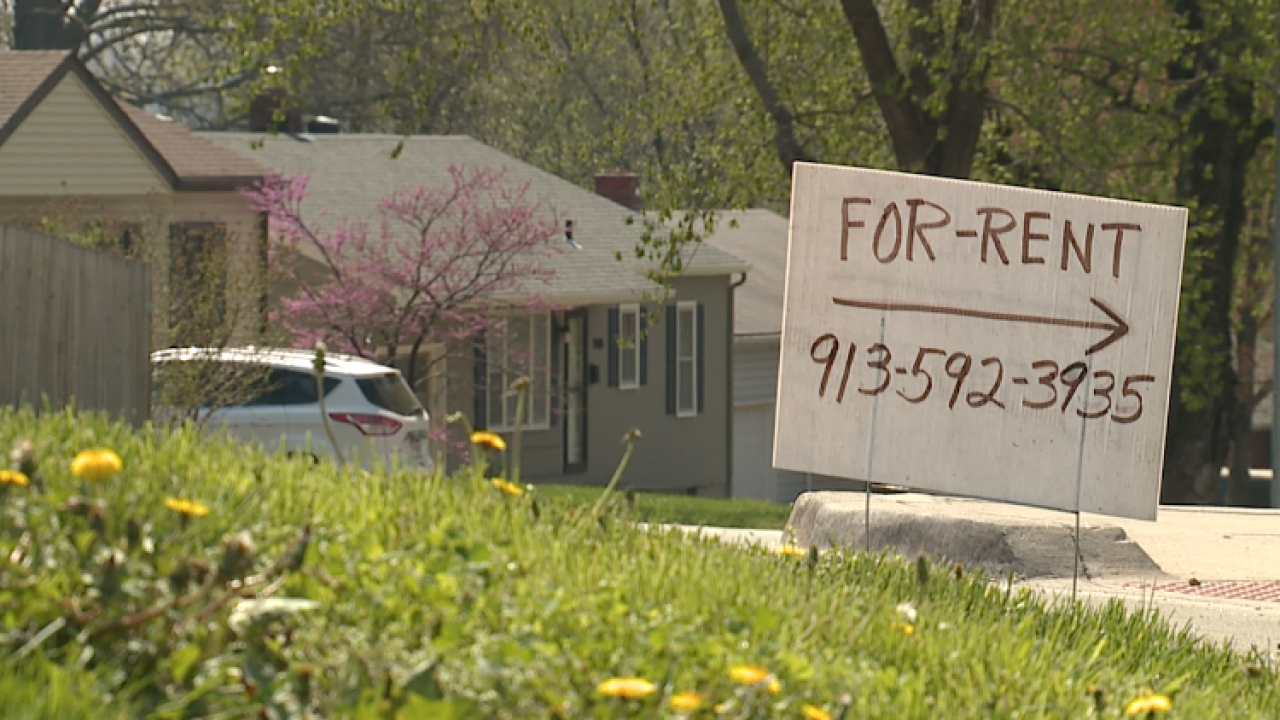 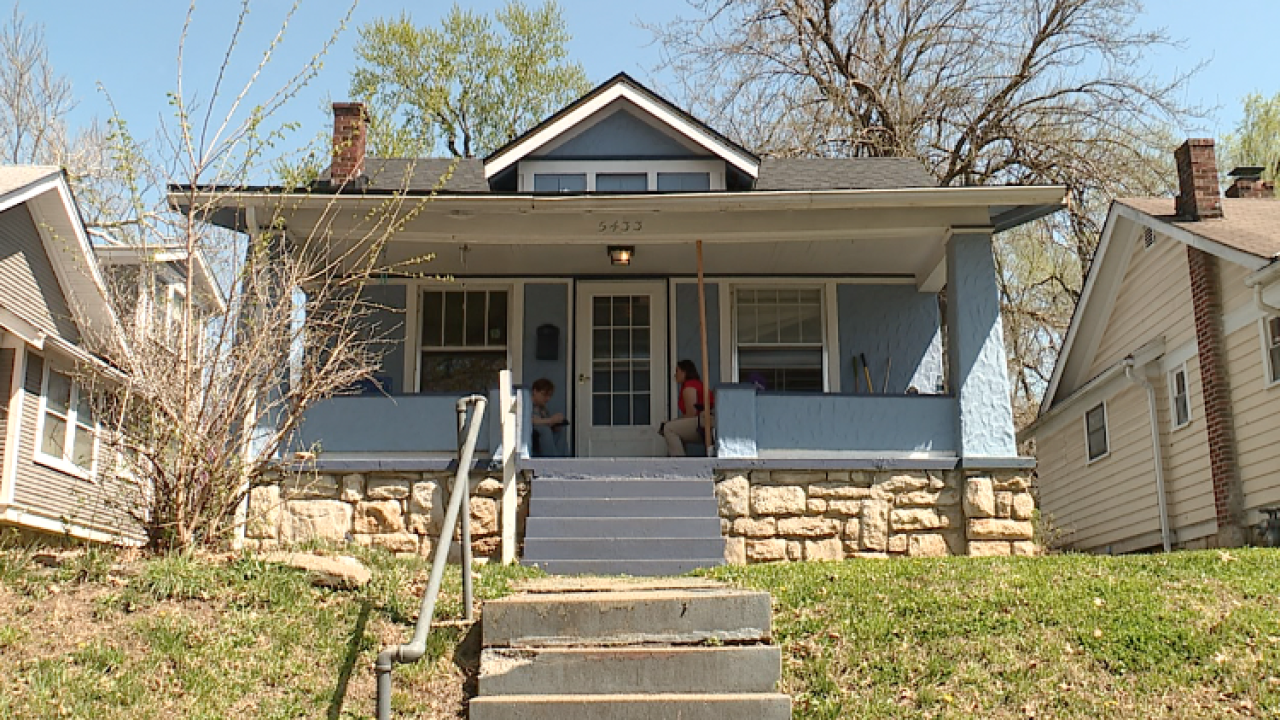 KANSAS CITY, Mo. — Thousands of people across Missouri are out of work, and many of them are renters who worry about how they're going to make their payments.

"I'm very possibly looking at being evicted and being homeless," Brandy Granados said. "We don't have April's rent right now."

Rent was due a week ago. Granados said she doesn't know when she'll be able to pay.

Others also are facing that reality due to coronavirus shutdowns.

"When you help out tenants being able to pay rent, then you're helping out landlords, too," said Wilson Vance, an organizer with KC Tenants. "So in the absence of an actual rent/mortgage suspension, we're asking for a rent relief fund, basically rental assistance."

KC Tenants said they have reached out to Missouri Gov. Mike Parson's office multiple times on this issue, but have yet to hear back.

The group flooded social media with the hashtag #ProtectMoTenants, tagging Parson's account. Vance said they also forwarded dozens of calls from worried tenants to his office.

41 Action News asked during a press conference on Wednesday if his office is considering relief or assistance for renters.

"It's not a priority on eviction notices across the state," Parson said. "So at this point, we haven't taken [any] action. But my understanding is the courts are not really taking any action at this point on that. So we'll evaluate that every day if it comes to be a problem."

Although Jackson County issued a temporary freeze on evictions until at least April 18, not all counties have done the same.

"This is absolutely urgent," Vance said. "Nobody should have to choose between how to feed their kids in this crisis and whether or not they can pay their rent."

Granados has an 8-year-old son who has special needs and is being home schooled now, which takes up much of her day. She said she can't have just anyone look after him, much less teach him his coursework. Finding a job from home has proven to be difficult as well.

They were homeless last summer, but moved into their current house at the end of last summer.

"I've been working and doing really well," Granados said, "and now it feels like we're back in the same spot."

Kansas City, Missouri, Mayor Quinton Lucas said he supports helping people who can't make their bills, but doesn't want to issue a blanket freeze or suspension for everyone.

"We do need to make sure there's a manner by which people will be paying their rent if they have the means to do so," Lucas said. "I don't support a program that says we're freezing rent for everyone everywhere because that does a disservice to our property owners. I think this needs to be a program that helps those who are most in need."

KC Tenants is holding a virtual rally Thursday at noon on Zoom, a video communications platform.