KCMO COVID-19 restrictions will be extended into June 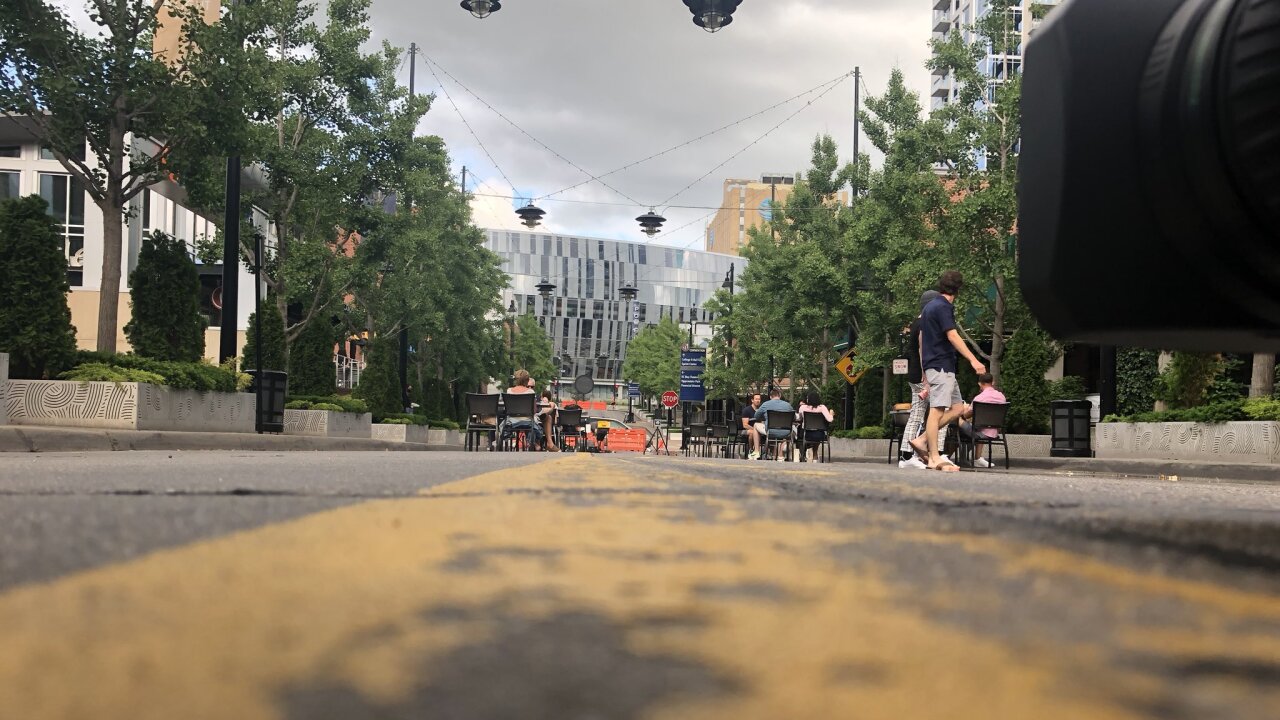 Copyright 2020 Scripps Media, Inc. All rights reserved. This material may not be published, broadcast, rewritten, or redistributed.
Ariel Rothfield/KSHB
East 14th Street from Main to Walnut streets adjacent to the Power &amp; Light District closed to traffic Friday as new regulations went into effect in Kansas City, Missouri. The street closure, which likely will remain through at least June, provides additional seating for restaurants.

KANSAS CITY, Mo. — The 10/10/10 restrictions in Kansas City, Missouri, will continue into next week, but it’s unclear how far out Mayor Quinton Lucas plans to push that extension.

Lucas said Wednesday in a Facebook post that, while the city’s current order that went into effect May 15 is scheduled to end Sunday, it “will be extended. We will have more to share soon on our amended order (we will still have compulsory elements) and plans for our continued responsible reopening approach to keep Kansas Citians safe.”

Lucas’ message references an article in The New York Times entitled “How Pandemics End” and includes a link to a story about Kansas Gov. Laura Kelly’s decision to scrap her reopening plan in favor of county-by-county control.

Restaurants and other businesses were allowed to reopen two weeks ago with occupancy limits designed to encourage social distancing amid the COVID-19 pandemic.

Kelly was under fire from the Kansas Legislature, which sent a bill to her desk — one she ultimately vetoed — that would curtail her emergency powers and give more control to lawmakers.

Missouri reopened its economy May 4, at which time Gov. Mike Parson allowed local government and health officials to continue to impose more strict regulations as they saw fit.

Since May 15, the Kansas City area — including parts of KCMO in Cass, Clay, Jackson and Platte counties — has seen 851 new cases and 23 deaths, which represents a 20% increase in cases and 13.2% increase in deaths.