KU basketball plans to honor 2019-20 team, not as national champs 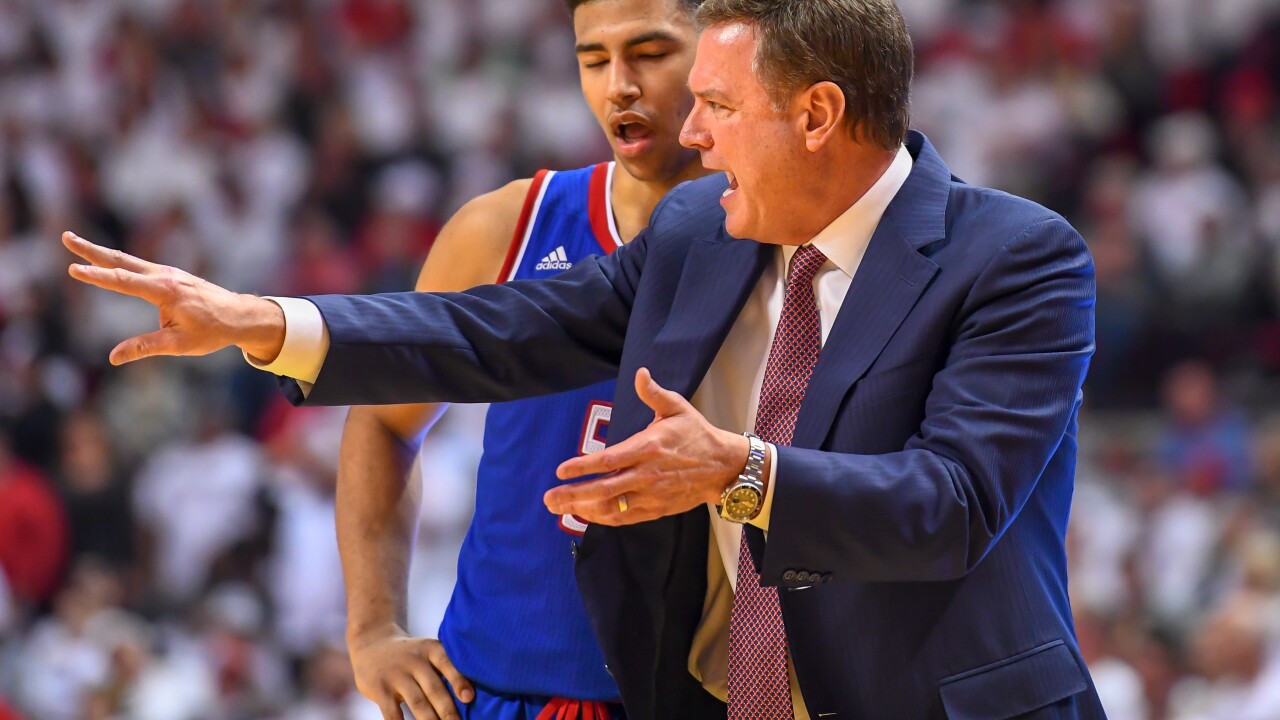 LAWRENCE, Kan. — Usually, college basketball fans are busy this time of year crossing off teams after upsets on their March Madness brackets.

The first two rounds, a total of 48 games, would have been played last weekend with the Sweet 16 set to start on Thursday.

Instead, people in the Kansas City area are staring down a 30-day stay-at-home order because of the global COVID-19 pandemic.

For University of Kansas men's basketball fans, the sting is particularly acute.

Jayhawks fans hoped 2020 would be the year the program claimed another national championship.

After all, KU spent the last three weeks atop The Associated Press Top 25 and rolled to its 18th Big 12 regular-season title in the league's 24-year history.

Jayhawk fans are now asking what is next, including some fans who want a banner hung Allen Fieldhouse to remember what's fast become a lost season.

"There is no question, we were the No. 1 team at the end of the season," KU Athletic Director Jeff Long said Monday. "We were voted No. 1 in the Coaches (and) AP poll, so we accept that No. 1 ranking. However, to accept a national championship, that is not something Kansas would do."

Sorry, Kansas fans. There won't be a new "national title" banner, but Long said he is working on a way to remember 2019-20 Jayhawks.

"You see these young people working so hard and this is a combination of all that hard work," he said. "For that to be stripped away, it really is devastating. I want this team recognized and recognized appropriately. Again, they were the No. 1 team at the end of the season."

Long did not go into detail about how KU will honor the team, but he believes the NCAA made the right decision by canceling the tournaments.

He also went on to say that most of his athletes have gone home, leving only a few are in Lawrence due to travel restrictions.

But the Jayhawks' coaches, trainers, nutritionist and other staff remain in contact with the players.

Of course, that's across all sports, not just men's basketball.

The athletic department, after all, isn't on hold even with all NCAA winter championships and all NCAA spring sports canceled.

"We haven't stopped," Long said. "We are preparing for next year."