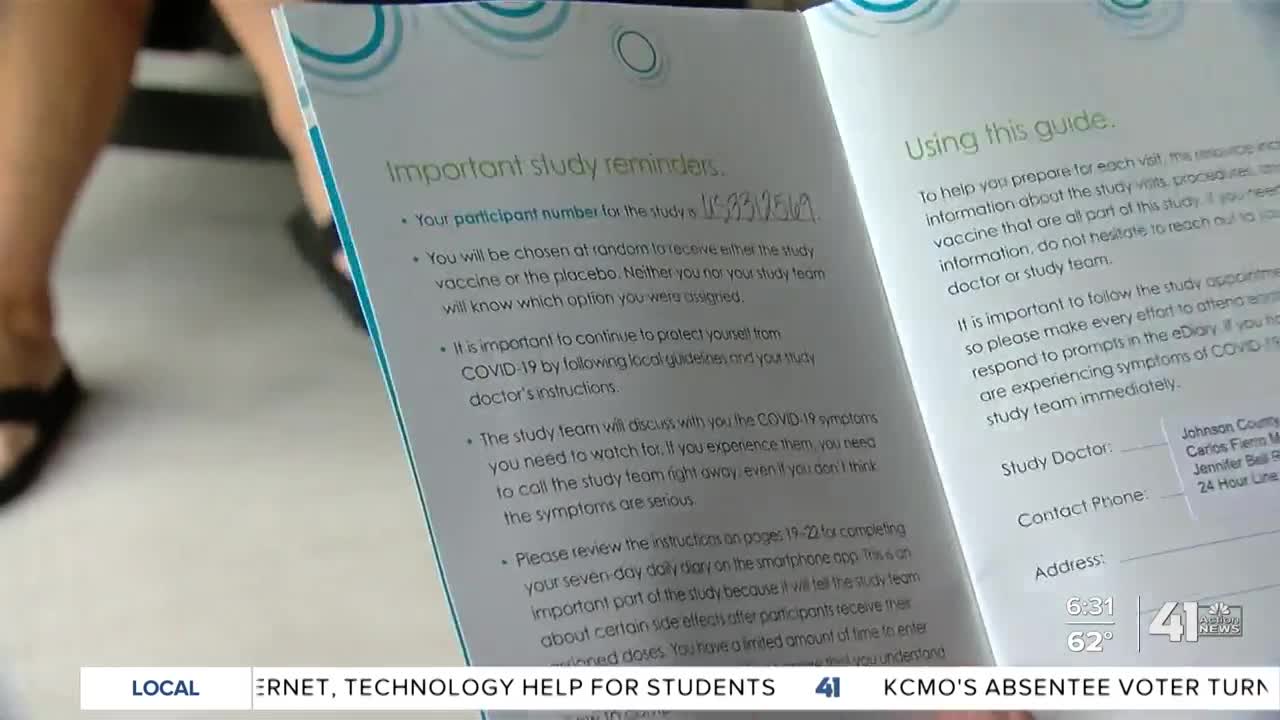 41 Action News anchor Taylor Hemness spoke to a COVID-19 vaccine trial participant who says she took part because family members, both involved in developing a vaccine, told her to go for it. 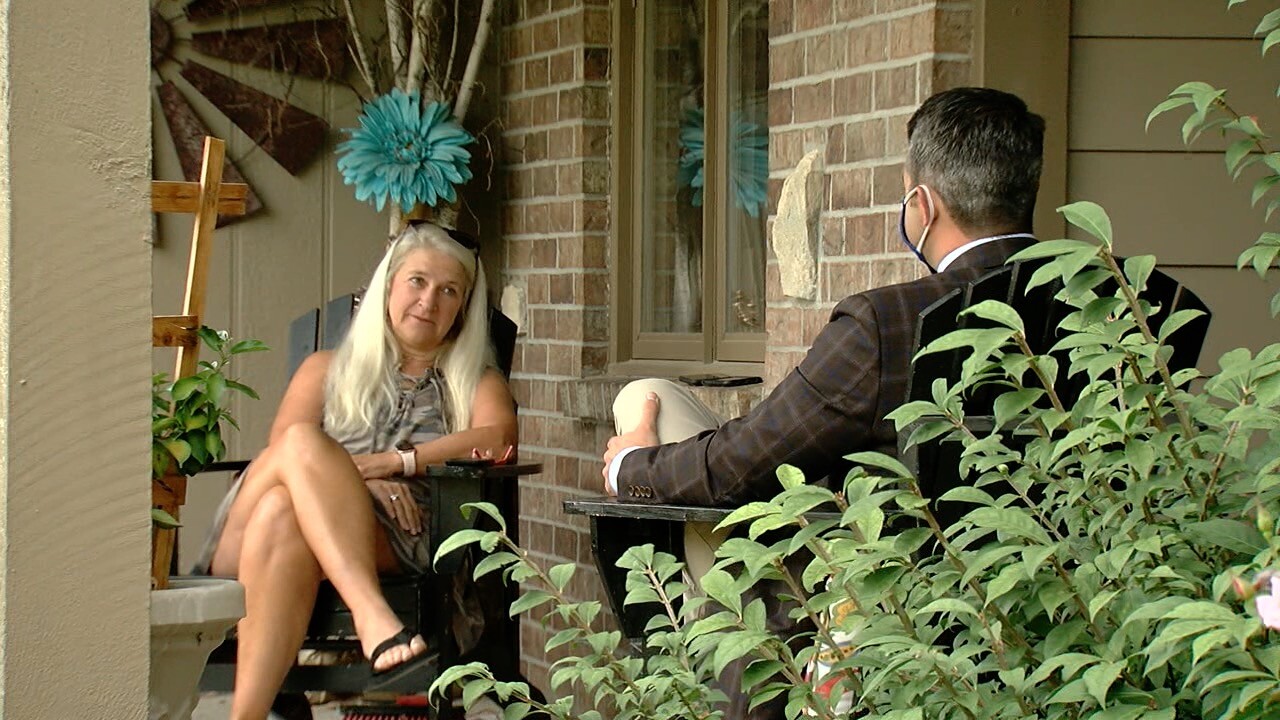 LEE'S SUMMIT, Mo. — There are multiple COVID-19 vaccinations being tested around the world, including right here in the Kansas City area.

41 Action News anchor Taylor Hemness spoke to a vaccine trial participant who says she took part because family members, both involved in developing a vaccine, told her to go for it.

Mary Kreikemeier-Allen describes herself as a guinea pig.

“I just decided that I'm gonna do it,” Kreikemeier-Allen said. “I'll just, I'll see what it's all about. I'm retired. I have time. I'm healthy. So I thought, ‘Well I'm gonna go give it a shot.’”

Kreikemeier-Allen said she's the type of person who volunteers for everything, but she had other reasons to say yes to this. She has a sister and a nephew who are both involved in the development of a vaccine to fight COVID-19.

Add to that the fact that her husband is diabetic, and she's known multiple people who've gotten sick, and she said the decision was a simple one.

"My neighbor next door, my brother-in-law,” Kreikemeier-Allen said. “Both were put in the hospital with it. My sister and her husband both had it back in Nebraska."

She's in the Moderna trial of a potential vaccine. But she's not sure if the injection, which left her arm slightly red and swollen, was the real deal.

"We have a thing on our phone every night, and I have to take my temperature anytime after six,” Kreikemeier-Allen said. “And then there's like [a survey that asks] ‘Do you have vomiting, nausea, fever, headaches, joint aches?'"

This trial is being administered locally by Johnson County Clinical Trials. They enrolled nearly 600 people across Kansas City, giving half the vaccine, and half a placebo.

Mary is in phase three of the trial. JCCT said phases one and two told them the vaccine does develop antibodies, while phase four won't happen until the vaccine is approved by the FDA.

Dr. Carlos Fierro from JCCT explained how the vaccine works in a statement to 41 Action News:

"The vaccine itself is not made with any part of the virus, however, it delivers into human cells instructions that are read by the cells' own machinery to manufacture a protein that is normally found on the surface of the virus. The protein is then expressed on the surface of the cells, allowing the immune system to kick off the sequence of events that ultimately leads to antibody production and cell preparation for the next time the foreign protein enters the body, which would presumably be the virus."

Mary wasn't given any restrictions after her injection, other than following local guidelines. She wears her mask, follows the instructions given to her, and keeps her family in the medical field up to date.

“Peg, my sister, she has asked a lot of questions,” Kreikemeier-Allen said. “She texts me, ‘How are you?’ and I have another sister that's a nurse in Omaha, and she did too. Just, ‘How you feeling, is it swollen, are you having any side effects?’"

And she's doing her best to ignore those who tell her trying out a quickly-produced vaccine wasn't a great idea.

Kreikemeier-Allen’s calendar is full of trial-related activities for quite some time. She'll get another vaccine in a couple of weeks, then will have regular phone calls, doctor visits with blood draws, and observations for the next two years.