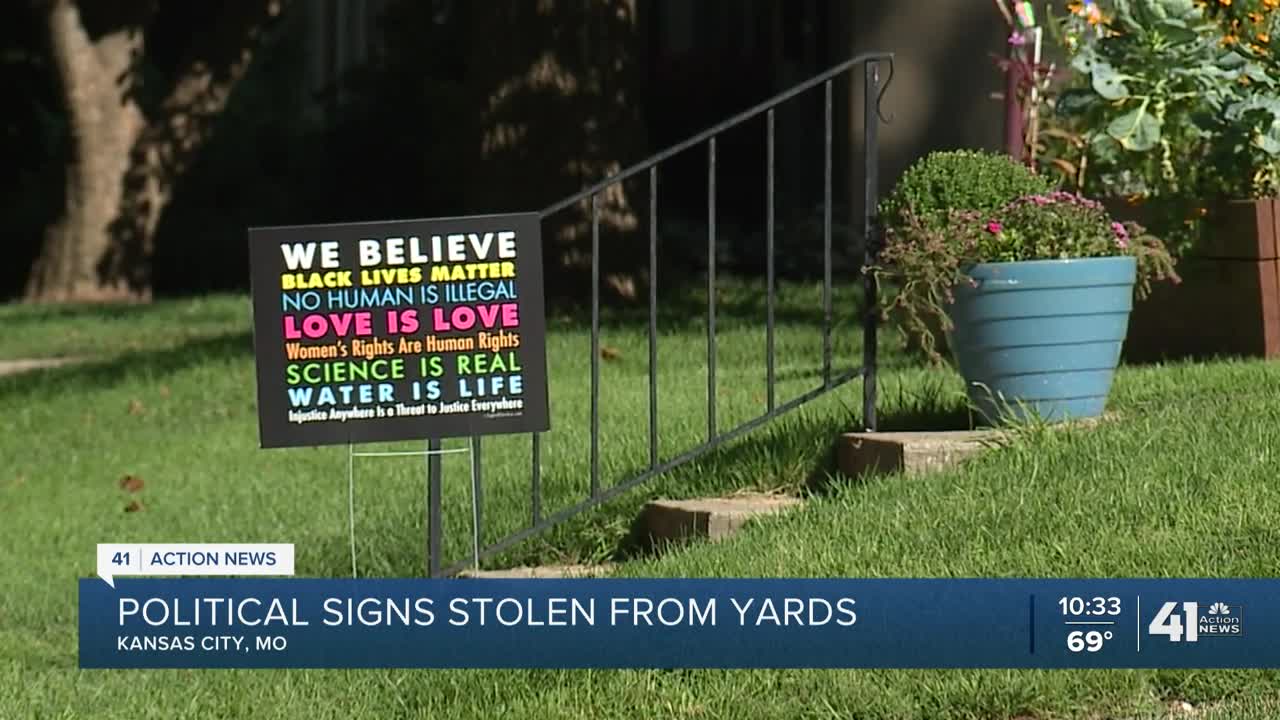 At least one dozen signs backing the Black Lives Matter movement and the Democratic presidential ticket were ripped out of yards in the Greenway Fields neighbord in Kansas City, Missouri. KANSAS CITY, Mo. — Along 63rd Street west of Brookside, homeowners in the Greenway Fields neighborhood are proud of their country. But this weekend, someone stole a symbol of their freedom.

At least one dozen signs backing the Black Lives Matter movement and the Democratic presidential ticket were ripped out of yards, including Williams', in the middle of the night.

“I would say they're certainly misguided considering this is the way that they're using their time,” Williams said.

The sign stealing made Robert Newson’s blood boil. Newson is a veteran and conservative.

He said regardless of whether people lean right or left politically, they should be able have a civil discussion instead of committing a petty crime.

"There's enough things going on right now that people are against each other," Williams said.

Some homeowners who had their signs stolen also received a letter filled with hate speech, including Diane Shoemaker-Katz.

The letter arrived on Sept. 1, and she said she believes the person behind it simply dropped it in her mailbox under the cover of darkness--so they thought.

"This person could have not believed that that letter would convince me of anything," Shoemaker-Katz told 41 Action News.

She informed police about what happened and said she hopes they can find whoever is responsible. As for her stolen signs?

"I’ve order new ones," Shoemaker-Katz said with a smile. "They aren't here yet. I will put more out than I had before."
—