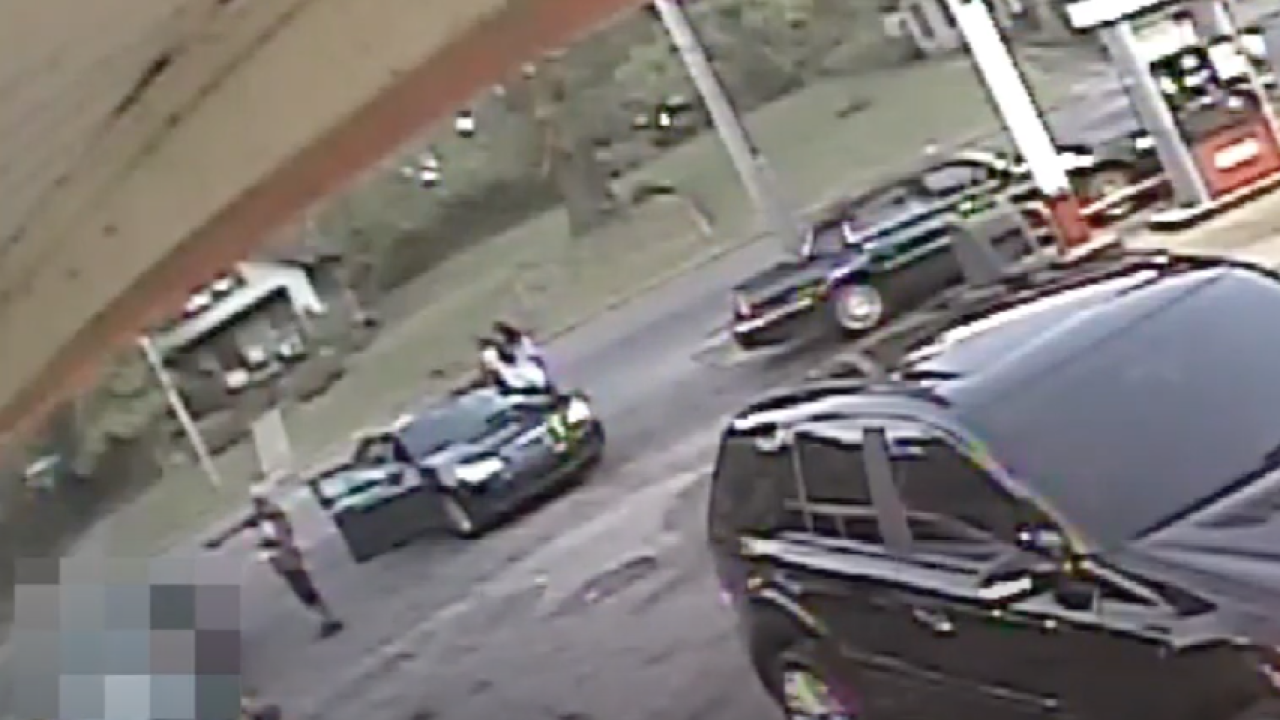 Patrick Hicks was shot and killed in the parking lot of gas station around 8 p.m. on Aug. 27 near Emanuel Cleaver II Boulevard and Prospect Avenue.

Now, KCPD has released video of the incident on its YouTube page, hoping to drum up tips that will lead to an arrest in the Hicks; murder.

During the 39-second clip, a dark-colored car can be seen pulling into the gas station parking lot from the north when a light-colored car already in the parking lot pulls forward and causes a minor wreck.

However, within seconds of the crash, three occupants in the dark-colored car emerge with handguns drawn and open fire.

It’s unclear from the video if Hicks was alone in the light-colored vehicle or if anyone in that vehicle returned fire, though the three men from the other car appear to duck for cover and the darker car’s front passenger window appears to shatter from gunfire.

Dozens of shell casings were found at the scene.

The light-colored car eventually backs up and strikes a white car parked near the convenience store before exiting the parking lot and heading south on Prospect Avenue.

The three shooters show in the video hopped back in the dark-colored vehicle, which then drives out of frame through the parking lot toward Cleaver II Boulevard.

Other customers at the gas station can be seen running for cover as the shootout unfolds.