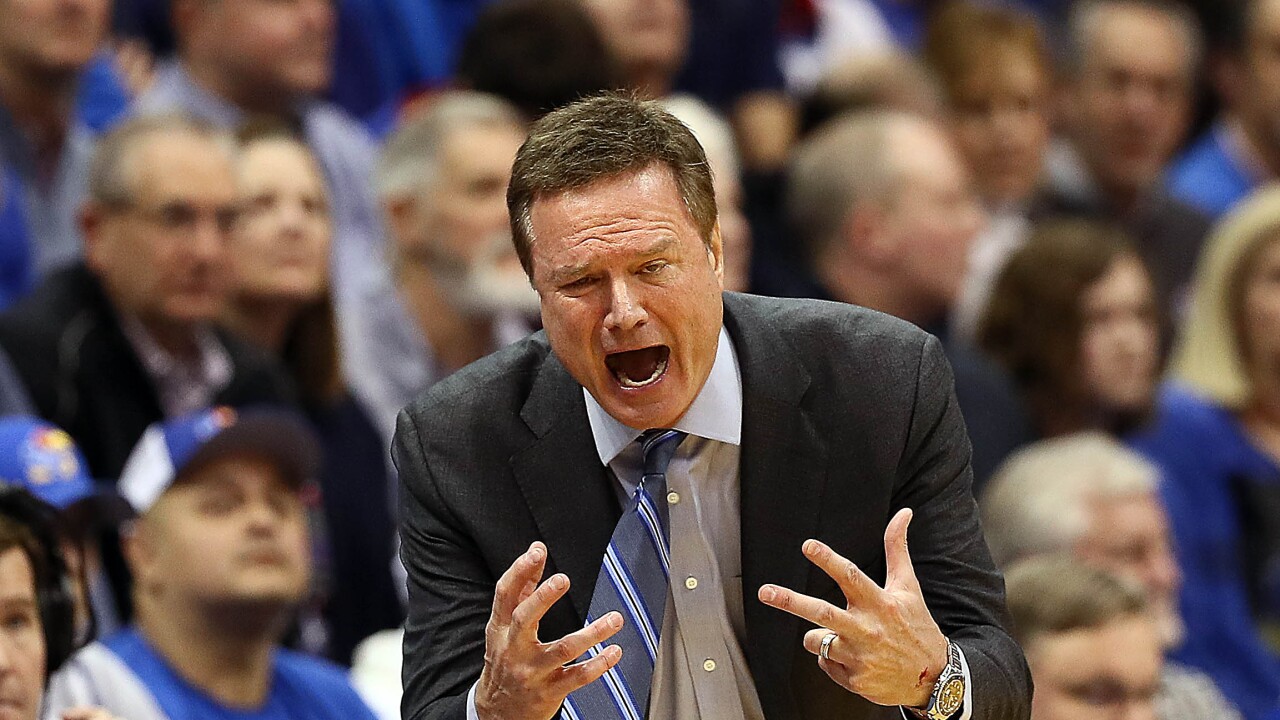 NEW YORK — Federal prosecutors have recommended multiyear prison sentences for three men convicted of fraud for channeling secret payments to the families of top-tier basketball recruits to influence where the players went to school, including the University of Kansas.

On Wednesday, prosecutors in the Southern District of New York recommended a sentence of 46 to 57 months for Gatto and 30 to 37 months in prison for Code and Dawkins. They are scheduled to be sentenced next week.

The schools submitted victim impact statements seeking restitution from those convicted. Kansas asked for more than $1.1 million from Gatto and his co-conspirators.

Kansas says it has "suffered considerable financial harm," citing losses of scholarships and financial aid to athletes and legal expenses tied to the government and NCAA investigations.

The Jayhawks' involvement stems from payments made to handlers connected with Silvio de Sousa, who has been suspended for two years by the NCAA. The NCAA's decision has been roundly criticized.

Louisville is seeking about $32,000 in connection with Brian Bowen Jr., who was supposed to play for the Cardinals but was suspended by the school amid the corruption scandal. He also, unsuccessfully, tried to play for South Carolina

"It impacted every employee who worked with young Brian Bowen during the summer and fall of 2017," the school said.

Amy Elizabeth Shoemaker, deputy counsel for Louisville, described Bowen as an 18-year-old who "by all appearances had no idea that a handful of deceitful individuals were conspiring with his father to buy and sell his choice of school."

North Carolina State is seeking $258,585, the value of the one year of tuition for Dennis Smith Jr., who played one season at the school before being an NBA lottery pick in 2017, plus attorney's fees.