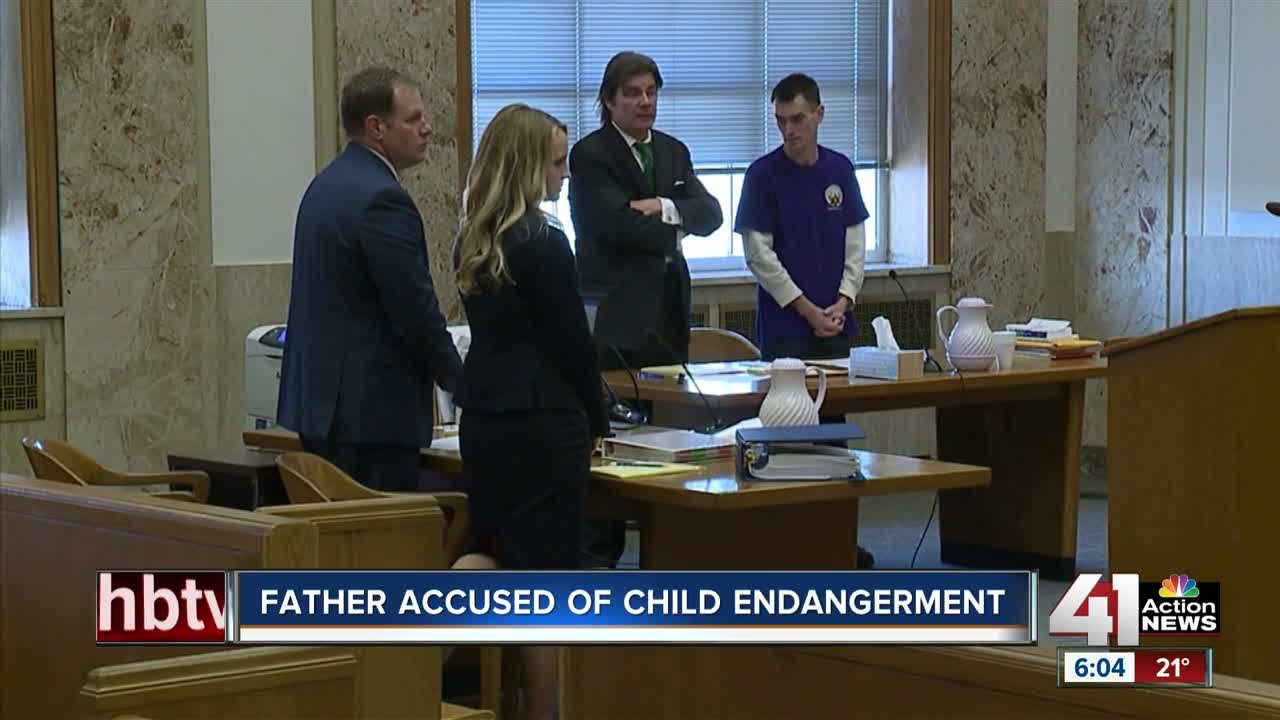 Justin Rey, the man found living with his children and dismembered wife in a storage unit, appeared in court on child endangerment charges today. 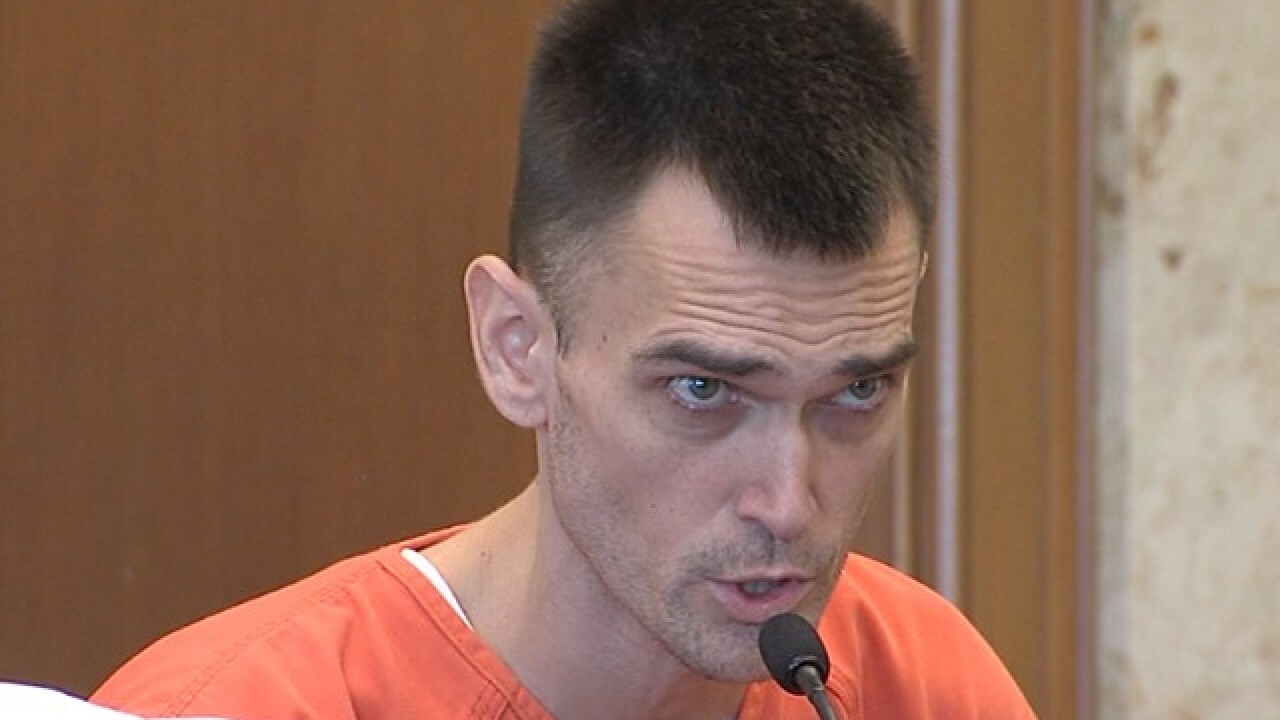 OLATHE, Kan. — The lawyer for a man found living in a Lenexa storage unit with his young children and his wife’s dismembered body told a jury Monday that the case is "weird," "abnormal" and "spooky" but not criminal.

Justin Rey faces charges of aggravated endangerment of a child, sexual exploitation of a minor and child misconduct. His trial began Monday.

Seven witnesses took the stand on the first day of the trial: an officer and a detective with the Lenexa Police Department, WoodSpring Suites staff, the manager at the U-Haul storage facility in Lenexa, the leader of a Christian Science nonprofit, and a man who gave Rey and his children a ride before Rey's arrest.

The state is arguing that Rey put his newborn daughter and toddler in danger on Oct. 24, 2017, when they stayed overnight in a storage unit with the dismembered remains of their mother, Jessica Rey.

A series of letters penned by Rey were filed Monday morning, accusing the court of slander and hate crimes. Rey says his children were in good care.

Rey admitted he dismembered Jessica Rey in a WoodSpring Suites hotel room after she died giving birth in the bathtub, although he gave investigators and other witnesses conflicting reports of her whereabouts. The children were in the hotel room when he dismembered his wife.

A housekeeper for WoodSpring Suites said she noticed Rey disguised as a woman leaving the room on Oct. 23. The staff later found sheets in the room that appeared to be bloodstained.

Chris Smith, the general manager of the U-Haul facility where Rey was later arrested, said he learned Rey and the children had stayed the night. He said he was planning on evicting Rey the next morning. The prosecution showed the jury a video that Smith recorded on his cellphone showing Rey tell Smith his wife was dead.

Bruce Jeffrey, executive director of the Principle Foundation, testified that he was with Rey before he was arrested in Lenexa on Oct. 24. Rey told the nonprofit, which provides assistance for Christian Scientists, that his wife had died and he needed financial help. The foundation had helped the Rey family financially for several years.

Jeffrey said that “nothing felt safe or right” about the situation and that he was concerned for the children and Jessica Rey’s whereabouts.

Jeffrey and a co-worker drove Rey and the children around on Oct. 24 for various errands. While at lunch, a Lenexa police detective called Jeffrey about Rey. When Jeffrey informed Rey the police wanted to talk to him, Rey gathered his things and left, Jeffrey testified.

Rey has said that he didn’t call 911 when his wife asked for help after childbirth because of his Christian Science beliefs that prayer would heal her.

"The norm in our families in childbirth is to seek the practical help of doctors, midwives, or other qualified caregivers," the statement said. "The norm when someone dies is to notify the proper authorities and have the help of funeral homes or similar services in accordance with the law."

Jeffrey said on the stand that Christian Scientists are not prohibited from seeking medical attention and that it's very rare for a woman to go through childbirth without a professional.

Terry Kitterman, who gave Rey a ride to the U-Haul facility on Oct. 24, also took the stand Monday. Kitterman said he and his wife felt concerned for Rey's children because of how cold it was that day.

Kitterman said while at the unit, he noticed a fluid leaking from a cooler, which police later discovered was full of Jessica Rey’s remains. Rey said he was trying to cart the coolers and his children to an Amtrak station to go to Arizona.

Rey was set to stand trial in November, but it was pushed back to add new charges against Rey after investigators found sexual images on his phone of girls who appeared to be under 18.

The trial continues at 9 a.m. Tuesday and is slated to last through Wednesday.