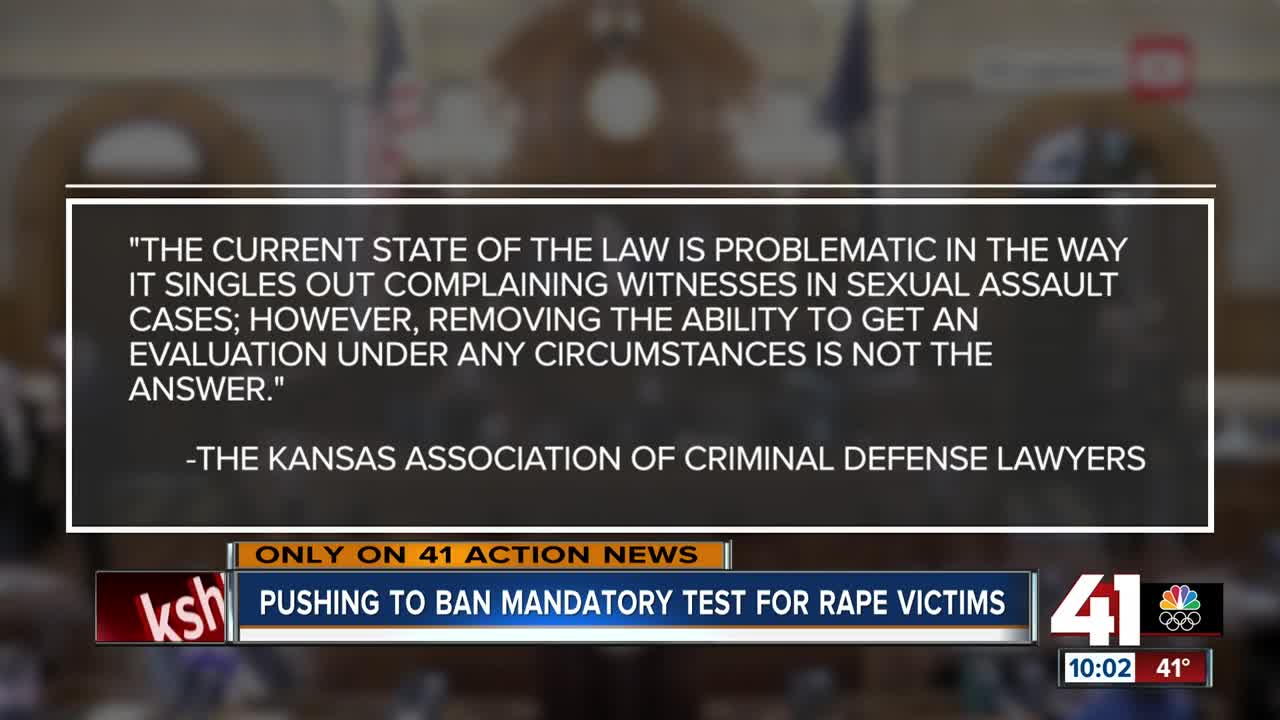 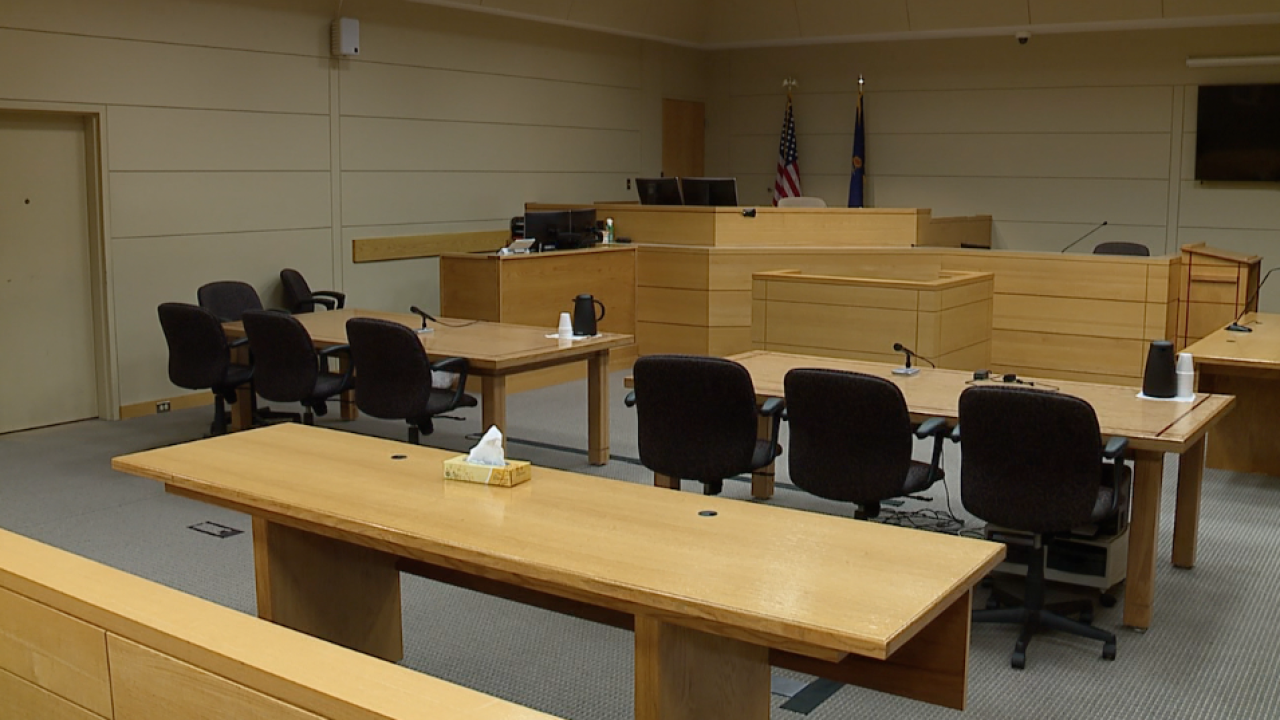 KANSAS CITY, Mo. — Legislators in the Kansas House of Representatives received a bill Wednesday from state senators that would ban any mental health evaluations in a court of law for crime victims, including survivors of sexual assault.

"When the criminal justice process enables that there be psychiatric evaluations of them before they can stand trial and participate in the criminal justice system, the message to that survivor is that they not believed," said Kate Heinen, coordinator of community engagement at Metropolitan Organization to Counter Sexual Assault (MOCSA).

Leavenworth County Attorney Todd Thompson is one of the Kansas prosecutors who wants to prohibit the practice that has been in place since the 1940s.

"It comes from a very archaic law or archaic thought process that these victims would be making it up, just rather they want it for like notoriety or some mental health condition or some type of anger," Thompson said.

In his time, Thompson said he has seen motions from defense attorneys ordering victims and, in some cases, the parents of victims to undergo psychiatric evaluations.

"The judges haven't granted it, but that's Leavenworth,” Thompson said. “That's not the entire state. And that's one judge we have here. Could be a different judge at a different time that would, and we just need to take that possibility out of it.”

The bill unanimously passed out of the Senate late last week.

During testimony, the Kansas Association of Criminal Defense Lawyers said, "the current state of the law is problematic in the way it singles out complaining witnesses in sexual assault cases; however, removing the ability to get an evaluation under any circumstances is not the answer."

Heinen said it is imperative that people not discount those who have experienced sexual assault.

"It's 2020,” Heinen said. “It's crucial that we start by believing survivors and not subject survivors of really horrific crimes, some of the most horrific crimes in our society to forego psychiatric testing to prove their, their liability or credibility.”