Brawl breaks out at Sunflower Showdown, with benches clearing
NewsCrime 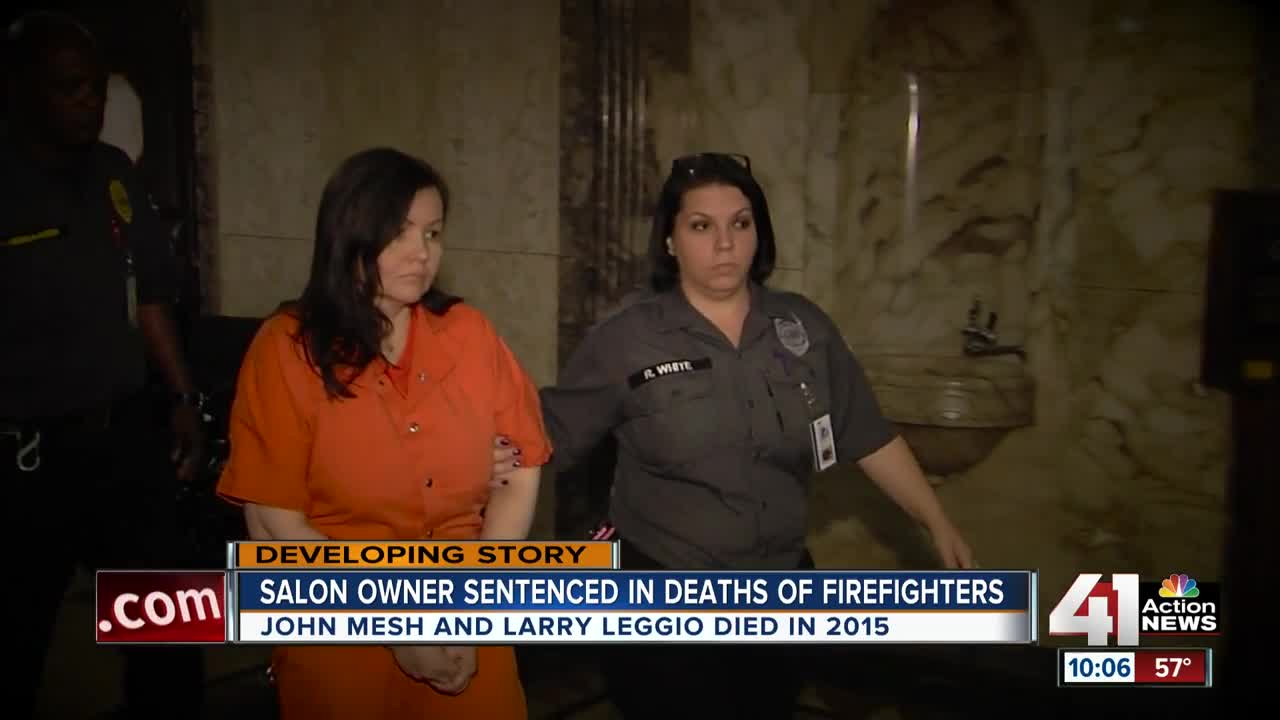 Family representing both firefighters spoke outside the courtroom following the verdict. 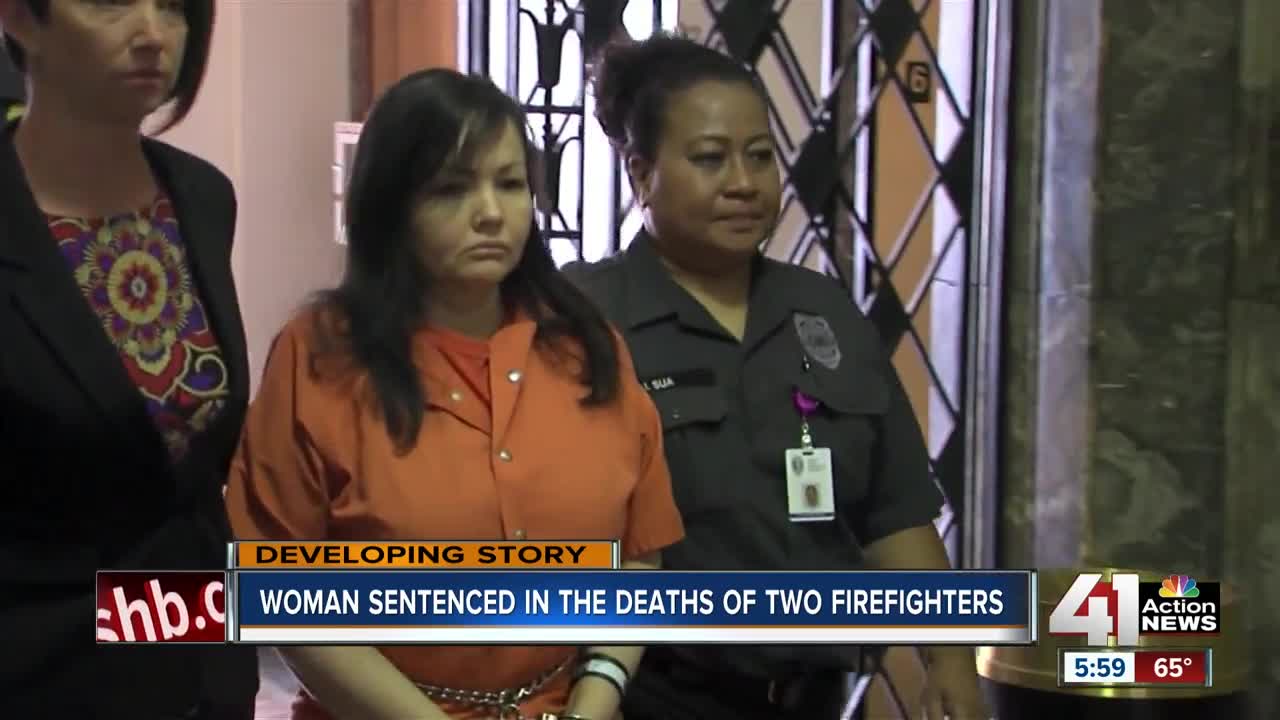 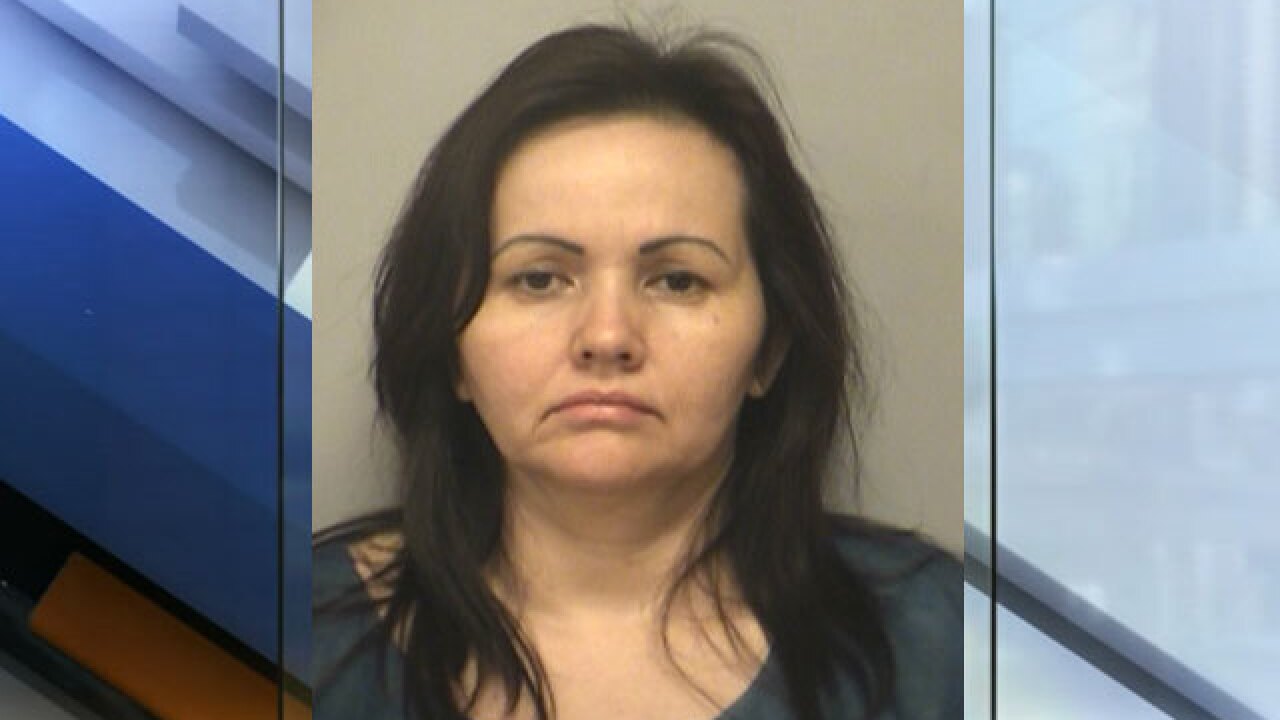 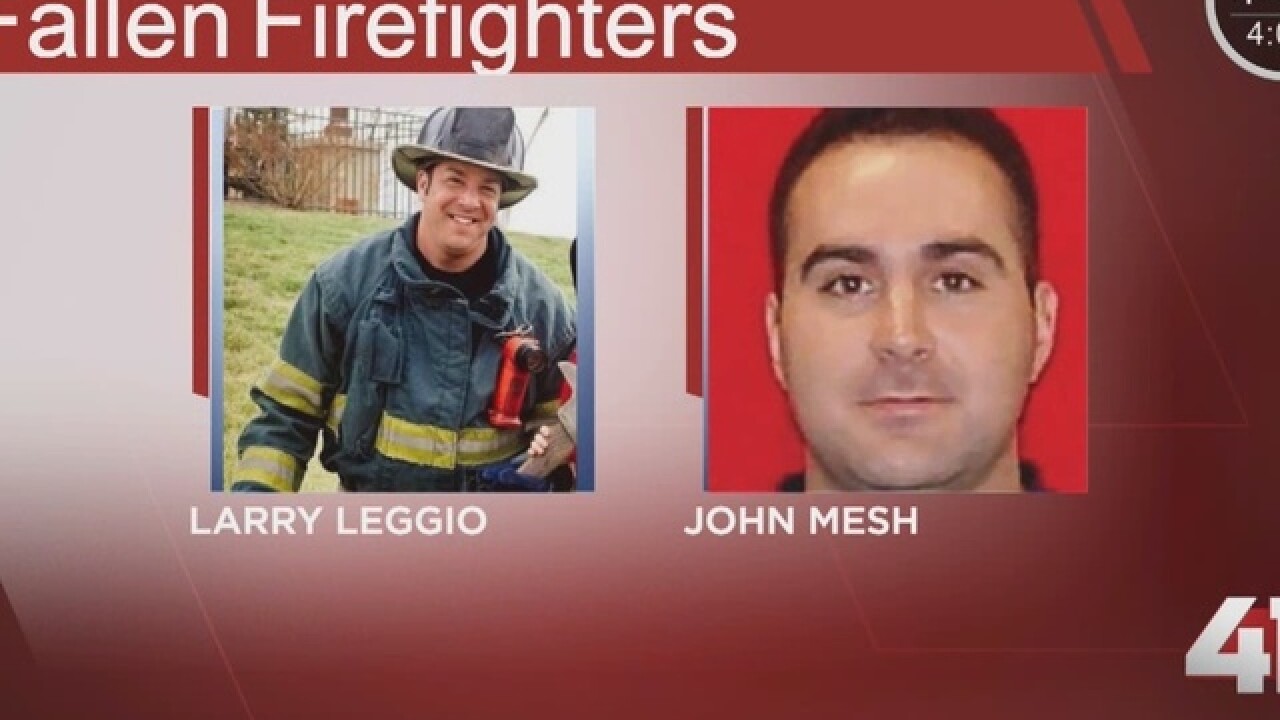 UPDATE, 4:45 p.m. | Family representing both firefighters spoke outside the courtroom following the verdict.

Missy Leggio is at a loss for words, but says they’re satisfied with the 74 year sentence. @41actionnews pic.twitter.com/dErub3sdhE

Jim Mesh says he’s glad Nguyen was convicted of the things she did and he’s also satisfied with the sentence, though they lost their loved ones. @41actionnews pic.twitter.com/IqWLDHlMJg

UPDATE, 3:15 p.m. | 41 Action News reporter Sarah Plake has been at Nguyen's sentencing hearing this afternoon and reports that Nguyen had a medical episode just before 3 p.m., forcing the judge to call a 15-minute recess.

Everyone packed in hallway during 15 min recess. @41actionnews pic.twitter.com/O4VUVn0RBa

EARLIER | KANSAS CITY, Mo. -- Thu Hong Nguyen will be sentenced at 1:30 p.m. Friday for a range of charges, including two counts of second-degree murder in the 2015 deaths of two Kansas City, Missouri, firefighters.

A Jackson County judge found Nguyen guilty of both murder counts , two counts of first-degree arson and two counts of second-degree assault in July during a bench trial.

KCFD firefighters John Mesh and Larry Leggio died when a wall collapsed as they tried to put out a fire at L&N Nails in the 2600 block of Independence Avenue.

In a letter filed ahead of Nguyen's sentencing, Mesh's brother, Jim Mesh, wrote that the night of Oct. 12 "changed my families' lives forever."

"Instead of making new memories with John, we instead talk about the memories we have of John," Mesh wrote in the letter. "My brother never had the opportunity to see any of his daughters graduate high school and go off to college, he will never be allowed to walk them down down the aisle on their wedding day, or ever experience the joy of being grandfather, all of which he was so looking forward to doing."

Jim Mesh said their family would like to see Nguyen receive the maximum sentence allowable by law. Prosecutors have recommended an 89-year prison term and asked that the sentences run consecutively.

Nguyen, who was the last person to leave the salon the night of the fire in October 2015 , was found guilty of setting the blaze, which also injured two other firefighters.

Court documents show that L&N Nails isn’t the only salon owned by Nguyen or her son, Cuong Minh Nguyen, that burned down under suspicious circumstances.

Nguyen and her son owned or operated five nail salons during a nine-year period from 2007 to 2015, according to the Report of Financial Investigation prepared by the Bureau of Alcohol, Tobacco, Firearms and Explosives for the case.

All five were purchased with cash and closed permanently after suffering “a catastrophic incident,” which netted Nguyen more than $267,843 in insurance payments.

In two instances, the names of Nguyen’s ex-husband, Michael, and a boyfriend, Nhat Pham, also appear on bank documents used to open salons or insure the businesses.

Four of the five nail salons were destroyed by fire and another was closed after a burglary.

After being initially purchased for $27,000, it was gutted by a fire 19 months later in July 2008. Allied Insurance paid $30,286 after a faulty candle warmer was blamed for the blaze.

The salon operated without insurance for 16 months before Nguyen purchased a policy. The fire occurred four months later and shortly before the insurance policy was due to be canceled for nonpayment.

It burned down four months later in October 2009 and State Farm paid a $62,344 claim. That fire was blamed on a faulty power strip.

Nguyen then moved to the Kansas City area, where Perfect Nails was opened in her son’s name in October 2010 in the 11900 block of Blue Ridge Boulevard in Grandview.

There was a catastrophic fire at Nails USA in July 2013, which resulted in a $51,873 claim paid by State Farm Insurance after a faulty power strip was blamed for the incident.

During the 18 months Nails USA was open, there also was a fire at Nguyen’s personal residence in the 3400 block of East Seventh Street, which she rented from her brother, Tuan Ngoc Nguyen.

The residence was the site of a 2011 burglary during which $1,300 in computer equipment was stolen, but Nguyen was unable to file a claim because she wasn’t on the insurance policy.

She was added in June 2011 and declared herself head of household and, thus, the payee for any claims in September 2011 without her brother’s knowledge, according to the ATF report.

Eight months later, there was a fire at the residence in May 2012 and Nguyen received $9,650 from Farmers Insurance after it was determined a faulty power strip caused the blaze.

The fire occurred 16 days before the policy was set to terminate.

A total of $28,932 was paid for the claim, but investigators were unclear how the remaining $18,742 was distributed between Nguyen and her brother.

Finally, Nguyen opened L&N Nails in July 2014 under her boyfriend’s name after it was purchased for $20,000.

The salon suffered water damage when the apartment above L&N Nails caught on fire in January 2015.

American Family paid an additional $2,000 as an initial payment toward the second claim, but the claim was withdrawn on the advice of Pham’s attorney, according to the ATF report. No further money was paid and Nguyen was arrested Oct. 27, 2015, on suspicion of arson and murder.

Combined, Nguyen and her associates received $228,358 in business-related insurance payments in schemes that involved 18 banks and five different insurance companies.

During the same period, Nguyen and her son received an additional $39,485 in insurance payments related to home and auto claims.

Furthermore, the Nguyens overinflated gross receipts to pump up loss-of-income calculations from insurance companies by more than double, the ATF said.

The five nail salons claimed more than $150,000 in gross receipts but were able to support less than $70,000 in demonstrated losses during the same time period.

Nguyen also received more than $33,000 in food stamp benefits from the state of Missouri from 2010 to 2015. She claimed a total income of $50,079 during those six years combined and didn’t include income her son made from his own jobs in assistance applications as required by law.

Bank records indicate Nguyen and her son actually had more than $250,000 in income during those six years.

The fire at L&N completely destroyed the salon, three other commercial spaces and 16 apartments on the second and third floors, resulting in millions of dollars in property loss and multiple displaced families, including two civilians who had to be rescued by firefighters.

After assisting in the rescue, Mesh and Leggio “were killed when the east wall of the structure collapsed into the alley where they were battling the fire.” Two other firefighters were hospitalized with injuries sustained from the fire, according to the ATF report.