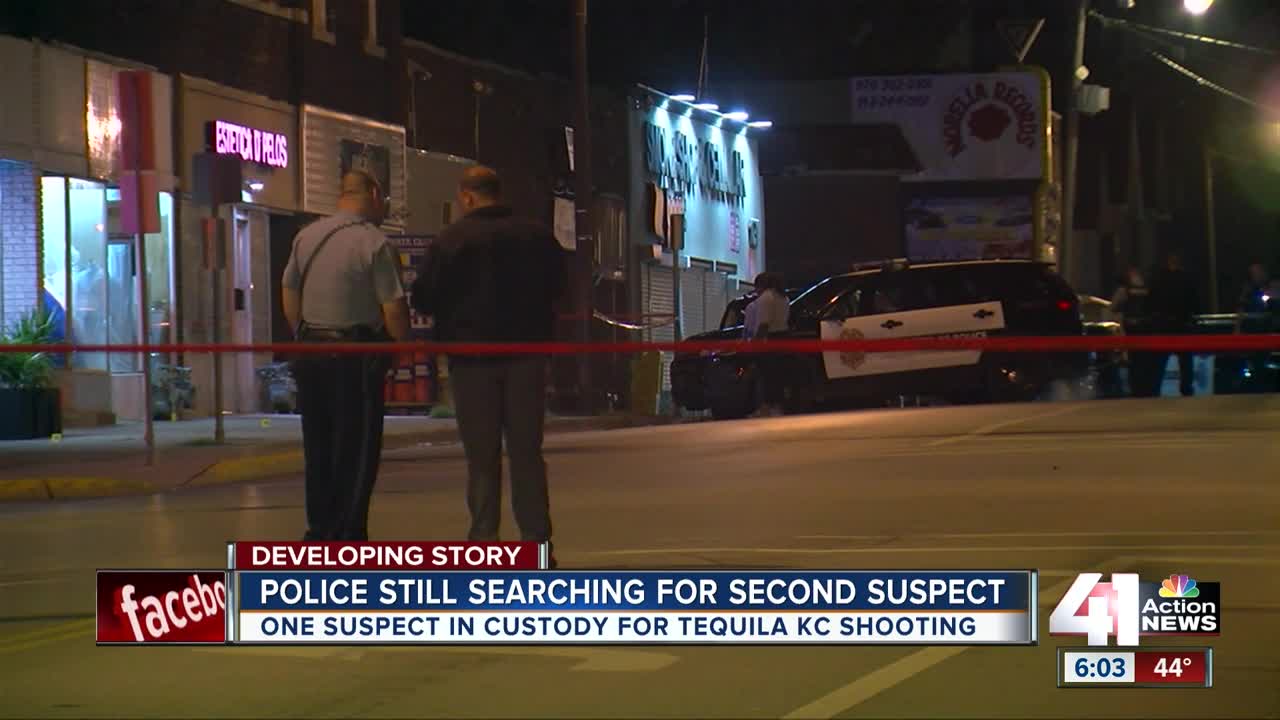 The search for a suspect who’s still on the loose continues in the case of Sunday morning’s bar shooting in Kansas City, Kansas. Hugo Villanueva-Morales has evaded authorities since he and another man allegedly shot nine people, killing four of them. 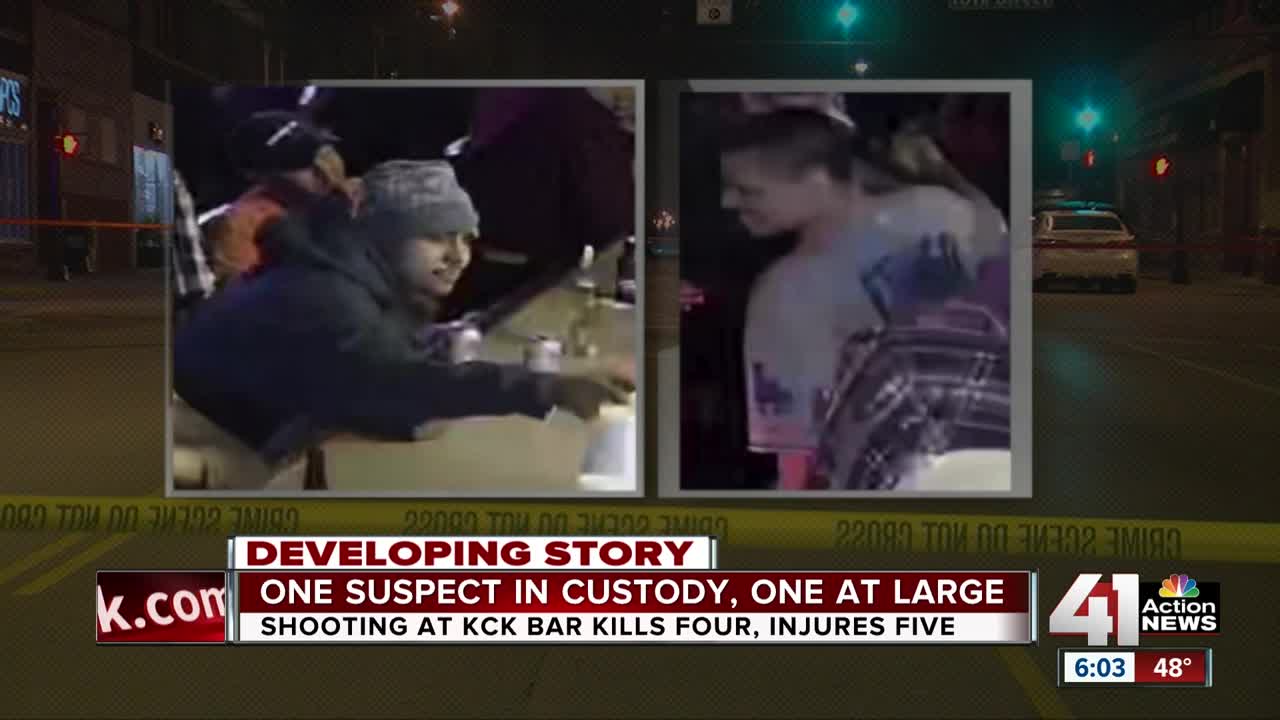 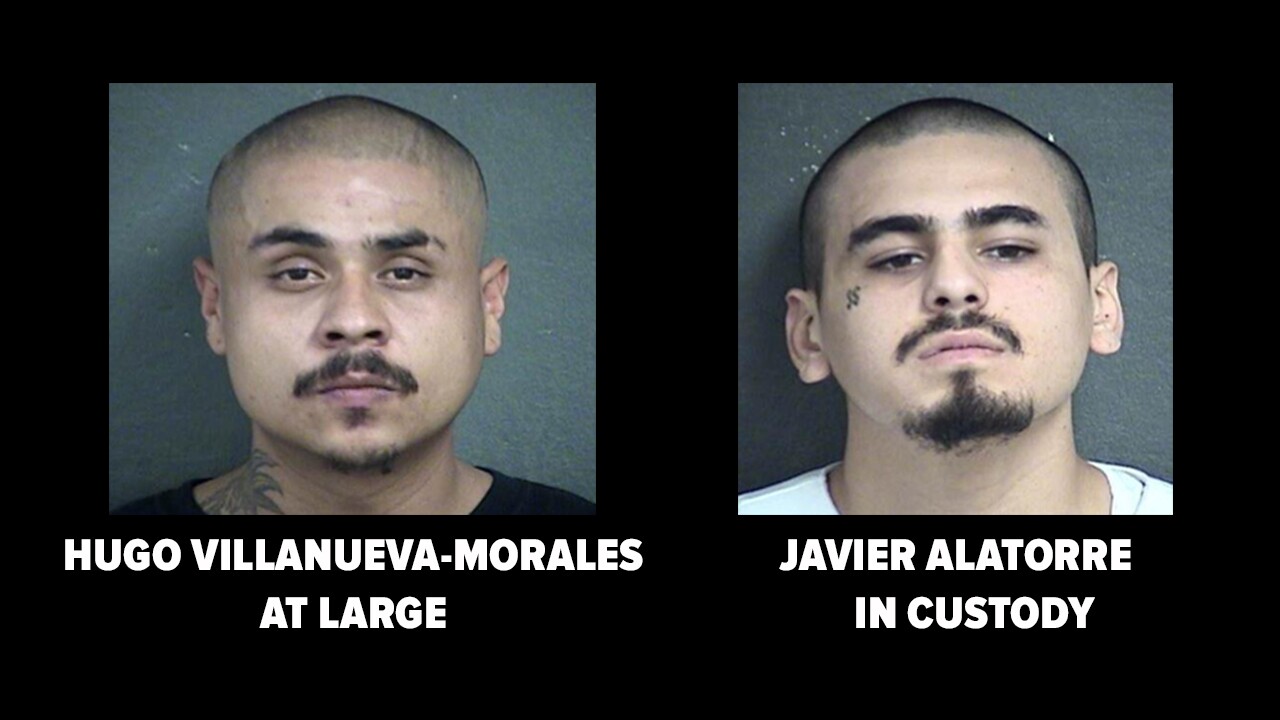 KANSAS CITY, Mo. — Kansas City, Kansas, police early Monday morning identified two suspects in a shooting at a KCK bar in which four people died and five others were injured.

KCKPD said Hugo Villanueva-Morales, 29, and Javier Alatorre, 23, have each been charged with four counts of first-degree murder.

Bond for each of the men is set at $1 million.

Alatorre is in custody, police said. They arrested him near the 2600 block of Quincy Street in Kansas City, Missouri, with assistance from the FBI and the Bureau of Alcohol, Tobacco, Firearms and Explosives, as well as KCMO police.

41 Action News spoke to a man believed to be Alatorre’s father on Monday.

He expressed his condolences to the victims’ families.

The man also told 41 Action News he doesn’t keep track of his son’s whereabouts. He said he went to bed Saturday night and Alatorre must have gone out after that.

RELATED: 'He did save me': Friends, family identify victims of KCK shooting

Villanueva-Morales remains at large, police said, and should be considered armed and dangerous.

Anyone who sees him or knows of his whereabouts is asked to call 911 or the TIPS Hotline at 816-474-8477. Police said he should not be approached.

The interim police chief in Kansas City, Kansas, said tips from the public identifying Altorre lead police directly to his house and arrest. Chief Michael York said there are people who were in the bar at the time who have not spoken with detectives. He is asking all witnesses to share their experiences with investigators or the TIPS Hotline. York said any bit of information could help them piece together exactly what happened and find Villanueva-Morales.

According to records from the Kansas Department of Corrections, Villanueva-Morales was released from prison in March 2019. He was incarcerated for several years after three robbery convictions.

Villanueva-Morales and Alatorre are accused in the mass shooting at Tequila KC, which police said may have been motivated by an earlier dispute at the bar.

The injuries five other people suffered in the shooting were considered not to be life-threatening. At least two of the five had been released from the hospital Sunday.