Most of those cars were towed on Tuesday 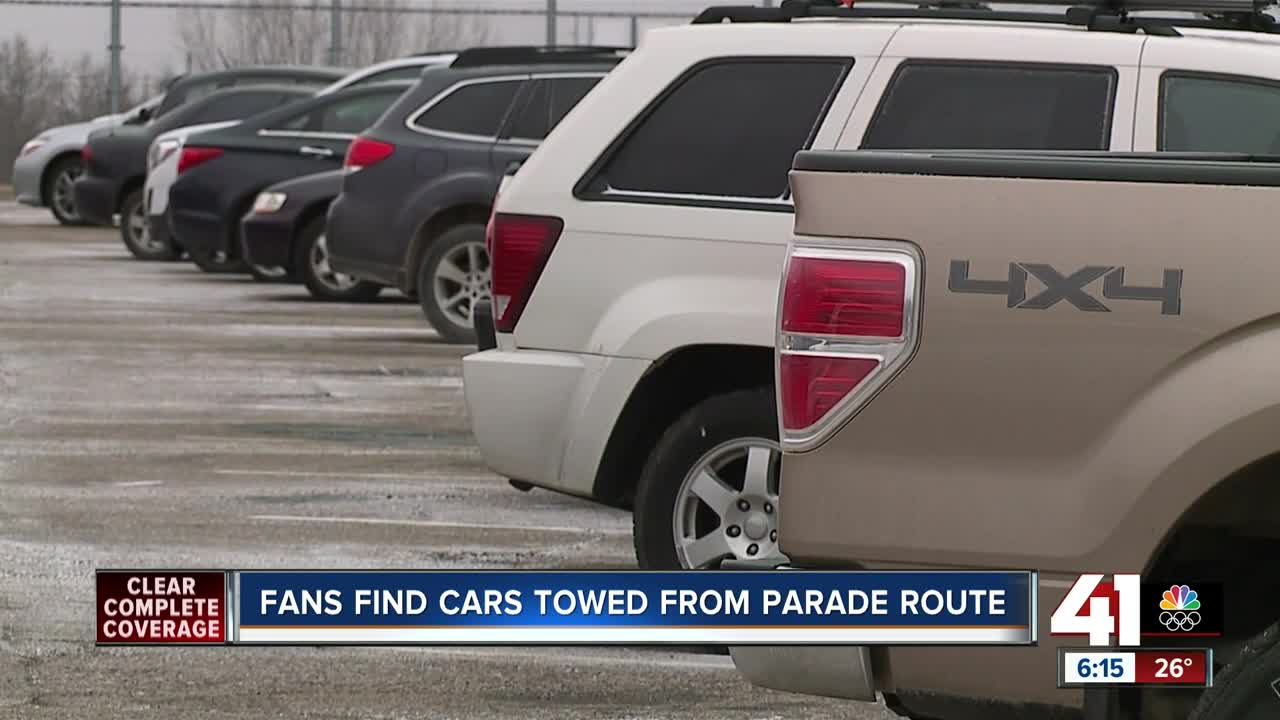 A relative handful of car owners will have to pick up their vehicles after they were towed from downtown Kansas City, Missouri, ahead of the Chiefs Kingdom Champions Parade. 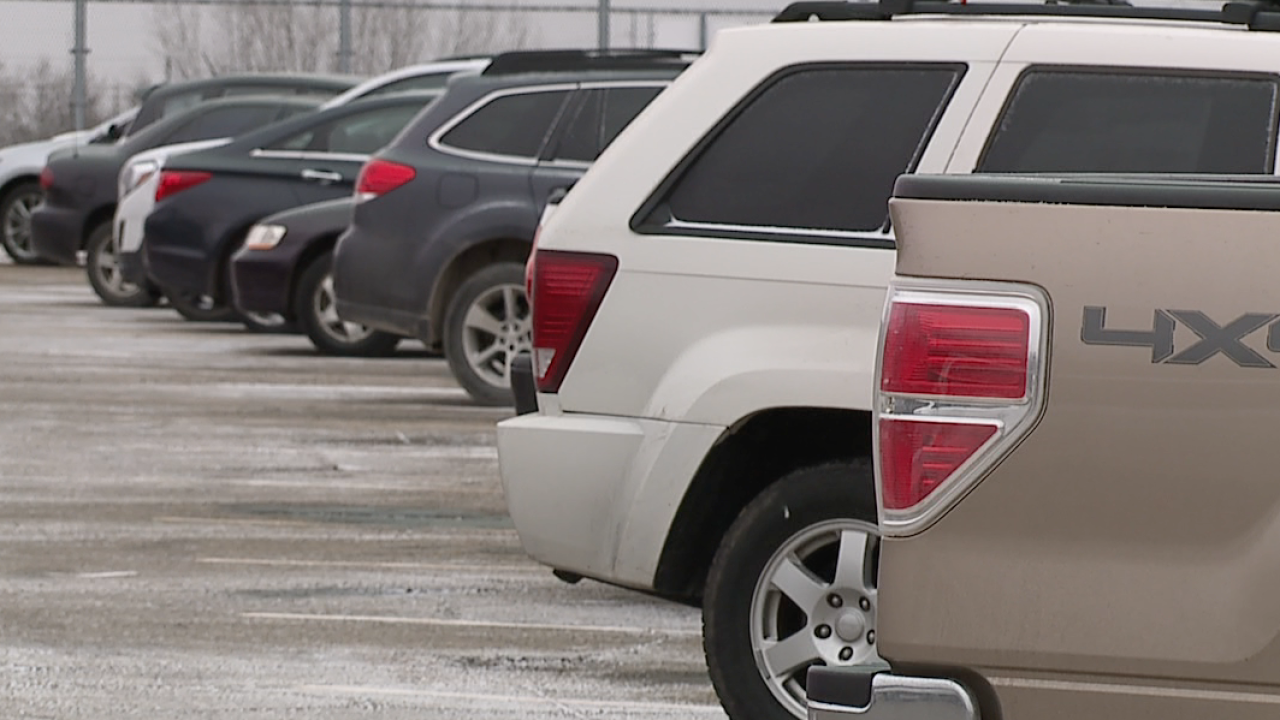 KANSAS CITY, Mo. — A relative handful of car owners will have to pick up their vehicles after they were towed from downtown Kansas City, Missouri, ahead of the Chiefs Kingdom Champions Parade.

Almost all of the vehicles, about 40, were towed on Tuesday by police order so barriers could be installed for the parade route.

She, her husband Dwayne and other family members were eating dinner Tuesday night at a downtown restaurant when she said Dwayne went out to get the car and came back with a goofy grin on his face.

The couple later discovered Kimberly’s car had been towed.

“I thought we had enough time. I thought it was after a certain time,” she said.

Chiefs fan and University of Missouri—Kansas City student Kevin Nguyen was hoping to celebrate with the rest of the community.

But his mom’s downtown parking spot Tuesday meant a loss for Nguyen.

“My day was ruined because my car got towed, so I couldn’t make it to the parade," Nguyen said. "I had to wait until like 9 (a.m.) Wednesday morning to come and pick up the car."

Tow lot officials say that despite warnings, people may not have been aware of when their vehicles would start being towed.

“The police department has been very proactive about putting up barricades, putting up signs," said Nate Pare with the Kansas City Tow Lot. "I just don’t think people understood that they were going to start towing when they did."

Cars were also brought to the lot on parade day.

Most notably, there was one badly damaged vehicle at the tow lot.

While fans were getting in place for the celebration Wednesday morning, Kansas City police officers say two suspects smashed through barricades on the parade route before officers were able to stop potentially tragic results.

“$265, and that doesn’t include the parking ticket and I’m going to just pay it,” Lukowski said.

"That’s ridiculous, I’m a college student. I’m working to pay off stuff," Nguyen said. "We don’t have that kind of money to do stuff, you know."

At the time all the downtown festivities had ended, Pare said a total of 44 parade-related cars had been towed to the city’s lot, but only three of them were towed on parade day.

He says towing 44 cars in two days so more than 1 million people can have a good time is a pretty small price to pay.

If your car was towed from downtown, Kansas City's Tow Lot is located at 7750 East Front St., just east of Interstate 435.

Instructions on how to check and what to do if your car is at the lot can be found on the city's website.