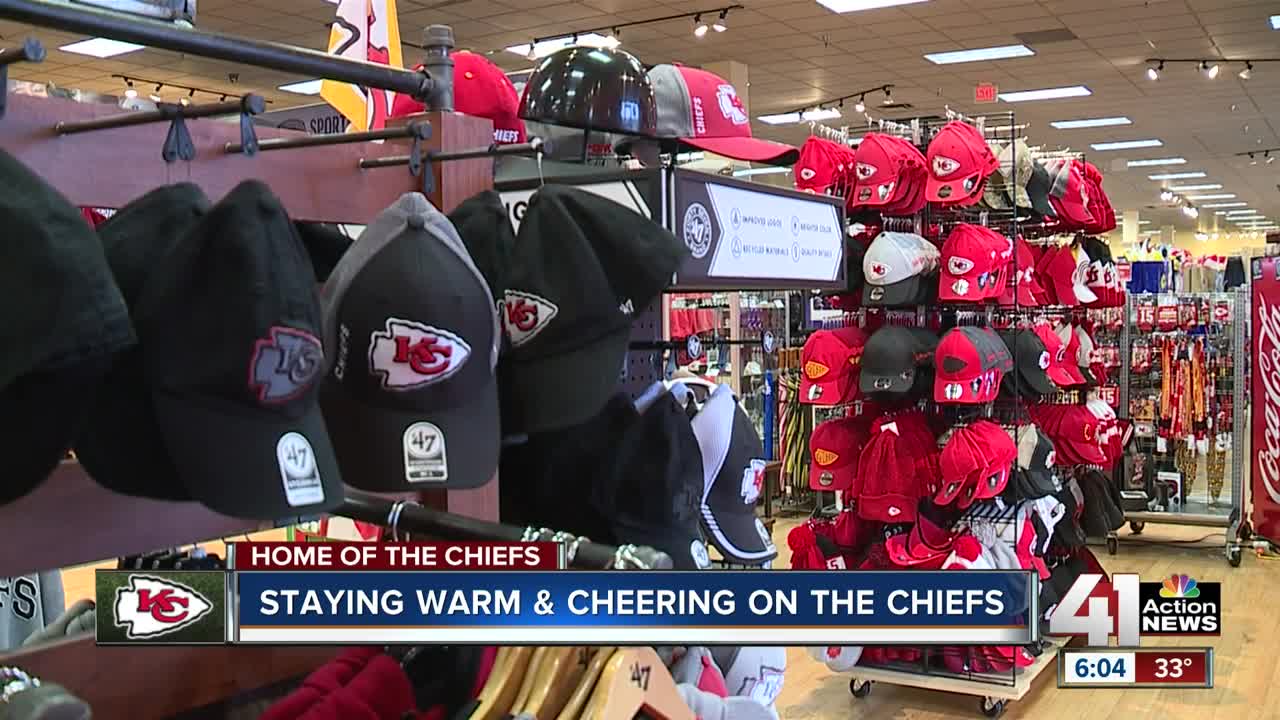 By: Nick Starling , 41 Action News Staff Chiefs fan KANSAS CITY, Mo. — After freezing rain and sleet moved out of the Kansas City metro on Friday, very cold temperatures were expected for the rest of the weekend. Though it will be dry, high temperatures on Saturday will struggle to reach freezing, and highs on Sunday will only reach the low 20s, according to the 41 Action News weather team. 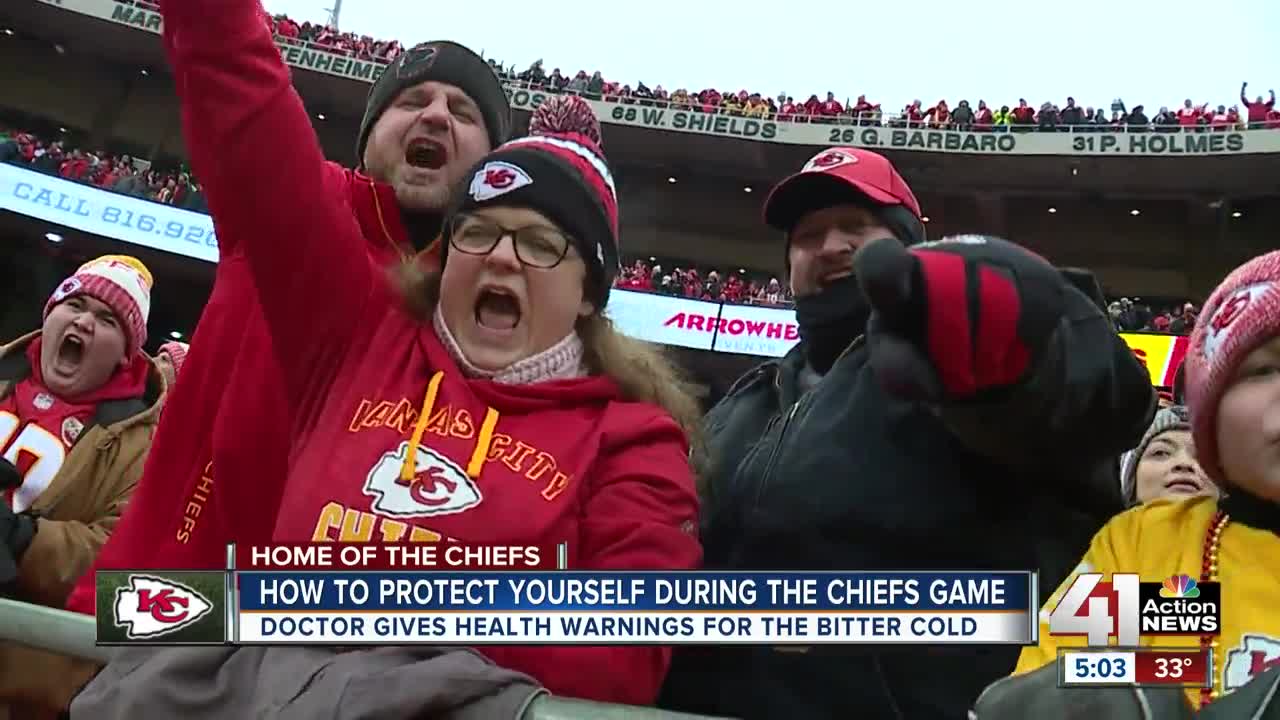 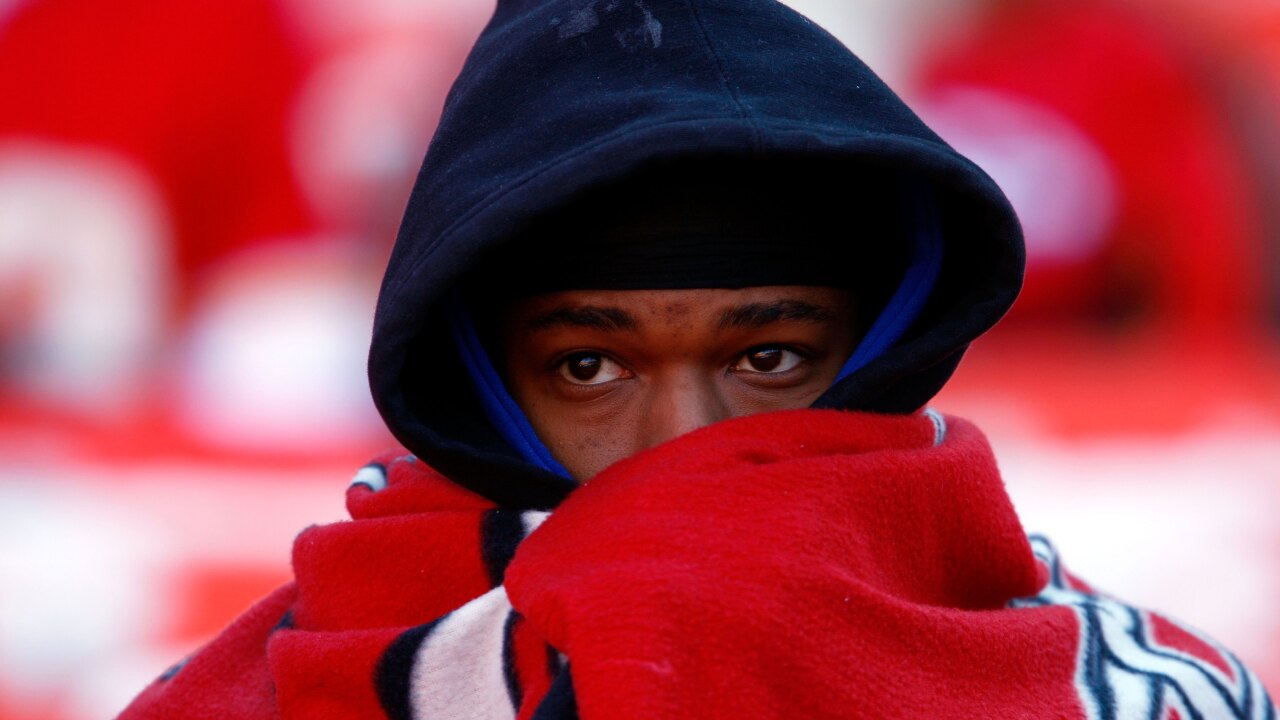 KANSAS CITY, Mo. — After freezing rain and sleet moved out of the Kansas City metro on Friday, very cold temperatures were expected for the rest of the weekend.

Though it will be dry, high temperatures on Saturday will struggle to reach freezing, and highs on Sunday will only reach the low 20s, according to the 41 Action News weather team.

For fans headed to Arrowhead Stadium on Sunday for the AFC Championship Game, there are some tips for staying warm in the frigid temperatures.

According to the KCMO Health Department, tailgaters should pack blankets, first aid kits, jumper cables and a tool kit.

The health department also advises fans to keep moving, which will improve circulation and keep you warmer.

If you’re headed to the game, plan to wear plenty of layers, including a hat, scarf or knit face mask, mittens or gloves, and layers of loose-fitting clothing.

A doctor with The University of Kansas Health System told 41 Action News that frostbite could be a concern for those spending time outside in the cold.

"Your ears will frostbite in that kind of temperature as fast as any part of your body, because a lot of that ear is cartilage, which is not the best blood supply," emergency medicine physician Dr. Dennis Allin said Friday.

Allin also said that if tailgating, make sure to watch your alcohol consumption.

"That is really a time to be a little moderate with the alcohol," Allin said. "You may not realize if you feel like you're doing pretty well to run around with your shirt off, then you've probably had too much to drink."

Chiefs fans told 41 Action News they were aware of Sunday's forecast and were already planning how to stay warm in the freezing temperatures.

"It's going to be a chilly one so I'm just trying to get some hats and some warm gear to layer up for the game on Sunday," Chiefs fan Zack Sutton said Friday at the Rally House in Overland Park.

On Friday, the cold weather Chiefs gear was a hot commodity selling off the shelves.

"We've almost sold out of gloves and scarves but we still have a very large selection of hats to choose from, and then a lot of people coming in trying to get a hoodie or a sweatshirt, even just for watch parties so that they can stay warm to and from that as well," said Chelsea Pletke, flagship store manager at Rally House.

With a high temperature of 23 degrees expected on game day, it likely won’t even come close to the coldest Chiefs games in history — or even the coldest home game against the Tennessee Titans.

According to Pro Football Reference, here are the top five coldest Chiefs games since the AFL-NFL merger: