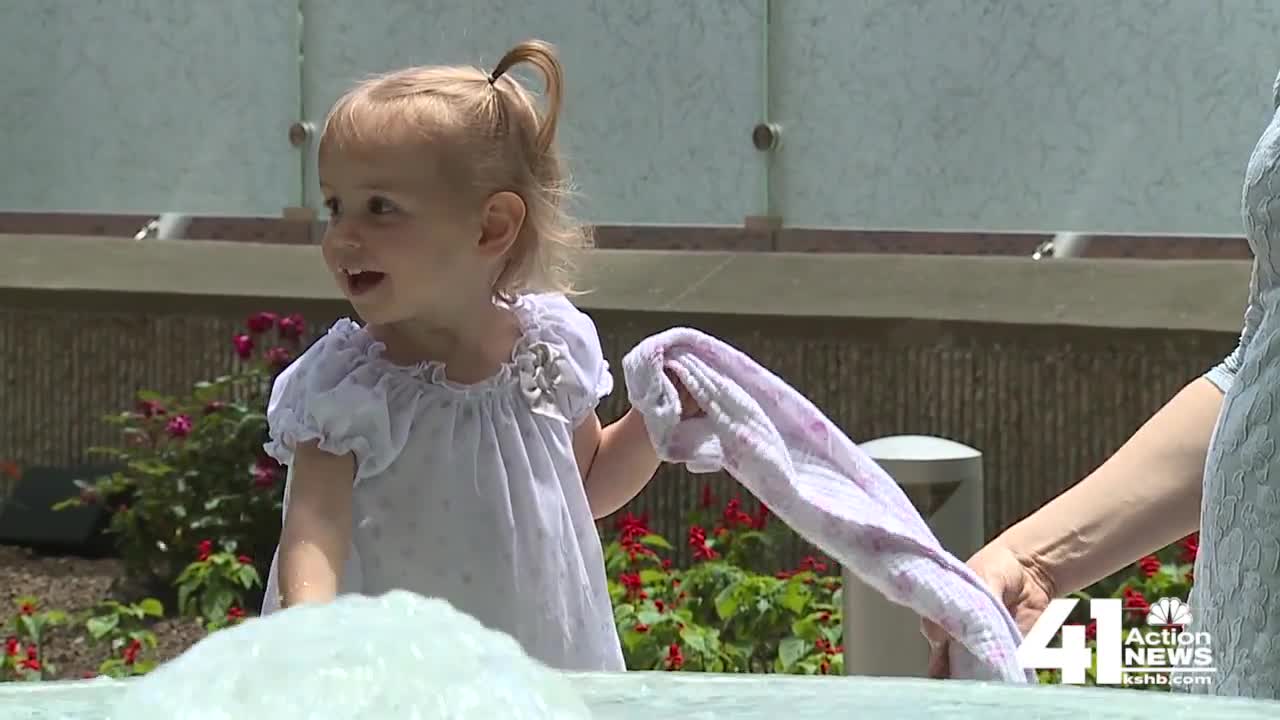 Twenty-month-old Clara Jensen loves to be outside. Her parents soak up every minute, because her life was almost cut short by cancer. 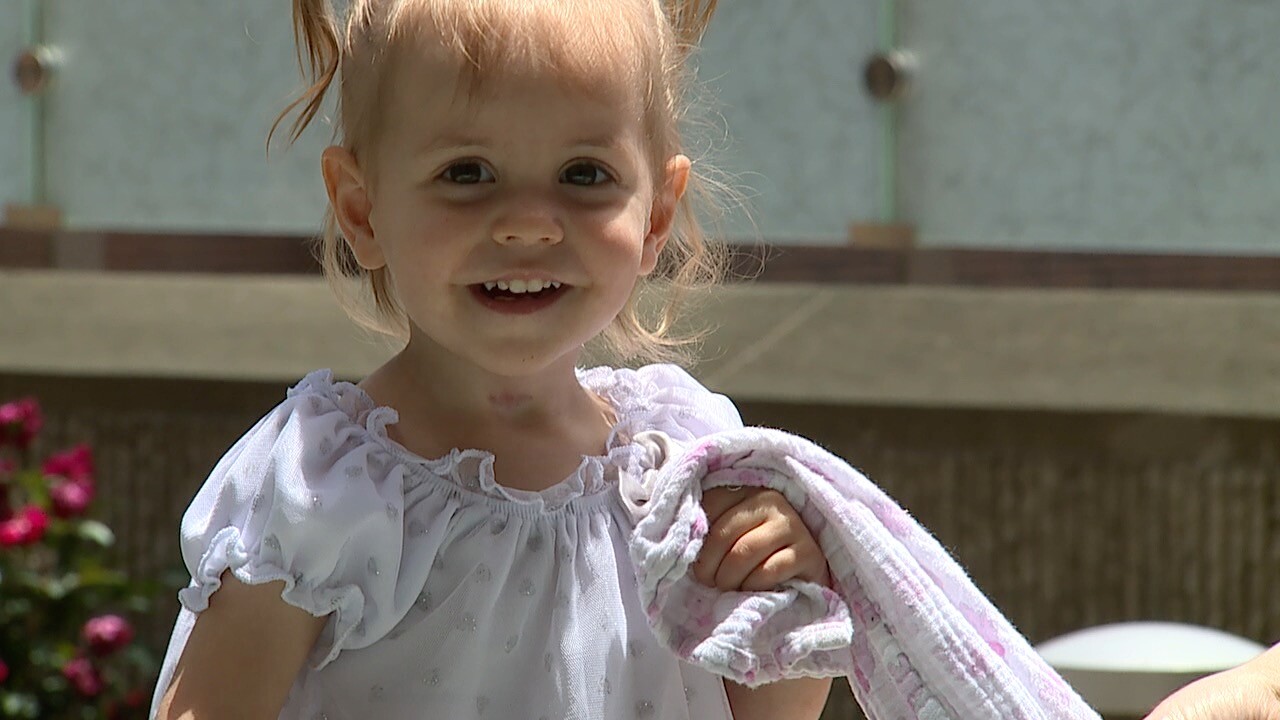 KANSAS CITY, Mo. — Twenty-month-old Clara Jensen loves to be outside. Her parents soak up every minute, because her life was almost cut short by cancer.

"When she was born, they thought it might be some vein growth or something," Clara's father, Aaron Jensen, said.

"She had this massive tumor in her tongue and, at the time, no one knew it was a tumor," Clara's mom, Jennifer Jensen, said.

Doctors delivered the devastating news of a cancer diagnosis when she was only a few weeks old, but the staff at Children's Mercy Hospital also took action.

They found a genetic testing program that could determine what cancer she had and, as a result, were able to save the newborn's life.

"In Clara's case, we able to take sequencing of her tumor sample, find a genetic mutation and match that mutation with a drug," said Dr. Erin Guest, who specializes in pediatric hematology/oncology at Children's Mercy.

Of course, the program and other cancer-saving treatments are costly, which is where Big Slick KC comes in.

The brainchild of several movie stars with ties to the Kansas City area — David Koechner, Rob Riggle, Paul Rudd, Eric Stonestreet and Jason Sudeikis — the event started as a celebrity poker tournament and has morphed into a celeb-packed weekend event that has raised more than $8 million for Children's Mercy.

"We have used those funds to build a laboratory, where we can store the blood and tumor samples the patients families donate," Guest said. "We use those patients samples directly for research."

Doctors gave Clara a drug that shrunk her tumor within a year. Her parents started to see results within two weeks.

That meant no chemo, a normal life and being cancer-free. It also means the Jensens are grateful for the Big Slick crew and everyone who has supported its mission since 2010.

"Tell them thank you," Aaron said. "It means the world to us, and I know we aren't the only ones, so it makes a difference."