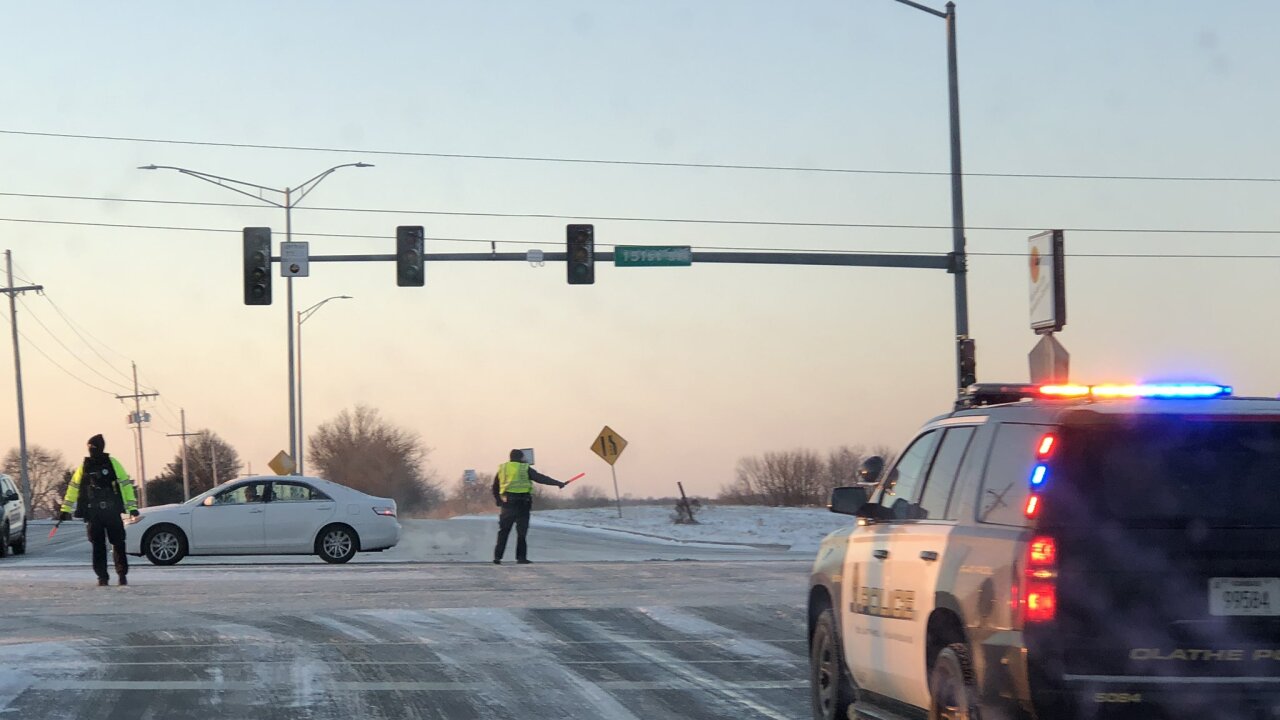 Most school districts in the area canceled classes so that students wouldn't be out in the -15 degree wind chills.

The snow on roads combined with wind and temperatures factored into the decision.

Early Thursday morning, more than 6,000 Overland Park Evergy customers were without power. The company said that failure in the substation caused the early morning outages.

By 11 a.m., power had been restored to most in the area, with fewer than 200 people still impacted by the outage.

There’s a power outage in parts of Johnson County. This is 151st and Pflumm in Olathe. The traffic signal is out and police are directing traffic. pic.twitter.com/L6qw0X6Q0b

Because it snowed Wednesday, a flash freeze caused a few spots to ice up on area roads.

It’s not a great photo, but that’s an abandoned car that slid off the road. Use caution this morning. pic.twitter.com/VM9vmZHpQD

According to officials, salt is not an effective tool to treat roads when temperatures fall below 15 degrees. They have to mix in other chemicals to treat roads in those conditions.

The conditions are also tricky for anyone who has to be outside.

Frost bite can happen in around 30 minutes with temperatures where they will be on Thursday.

RideKC will have warming buses available around the city for anyone who has to be outside.

Anyone headed out should make sure to have exposed skin covered and make sure their extremities are warm, particularly fingers, toes, nose and ears.