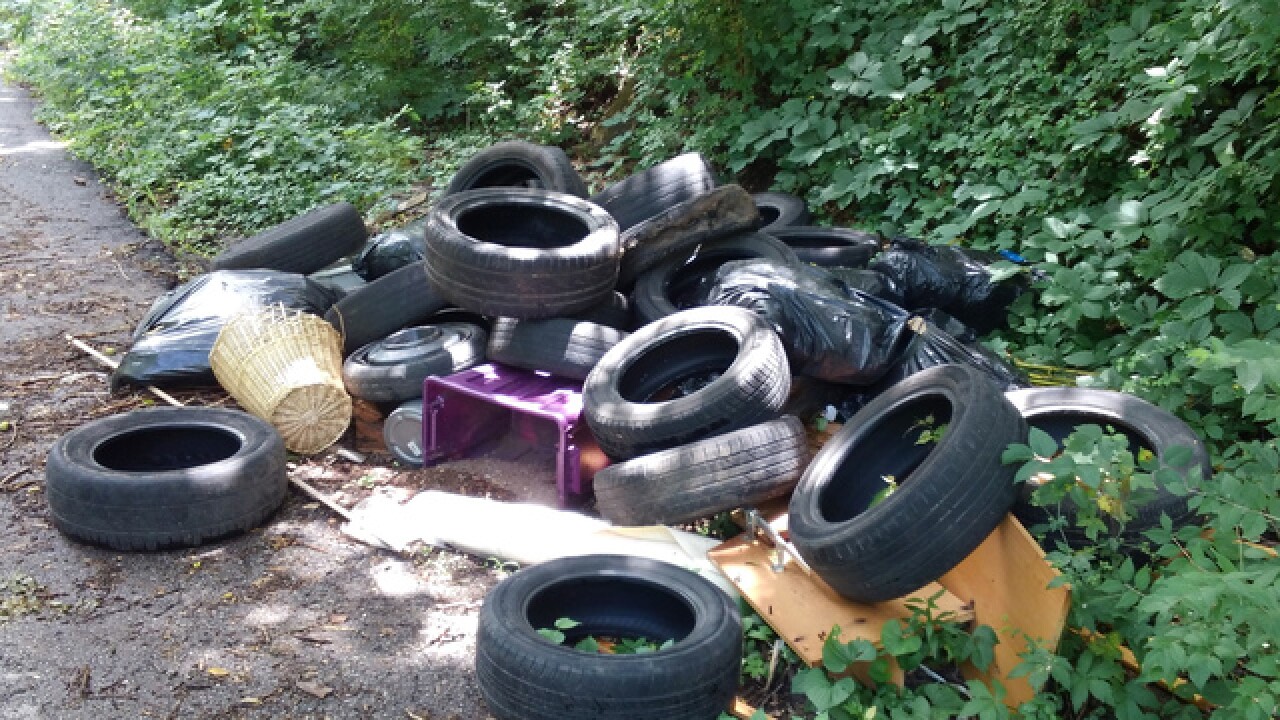 Courtesy City of KCMO
<p>The City of Kansas City is asking for help to identify a suspected illegal dumper. The man is suspected of illegal dumping at least three times near 22nd Terrace and Vine. </p> 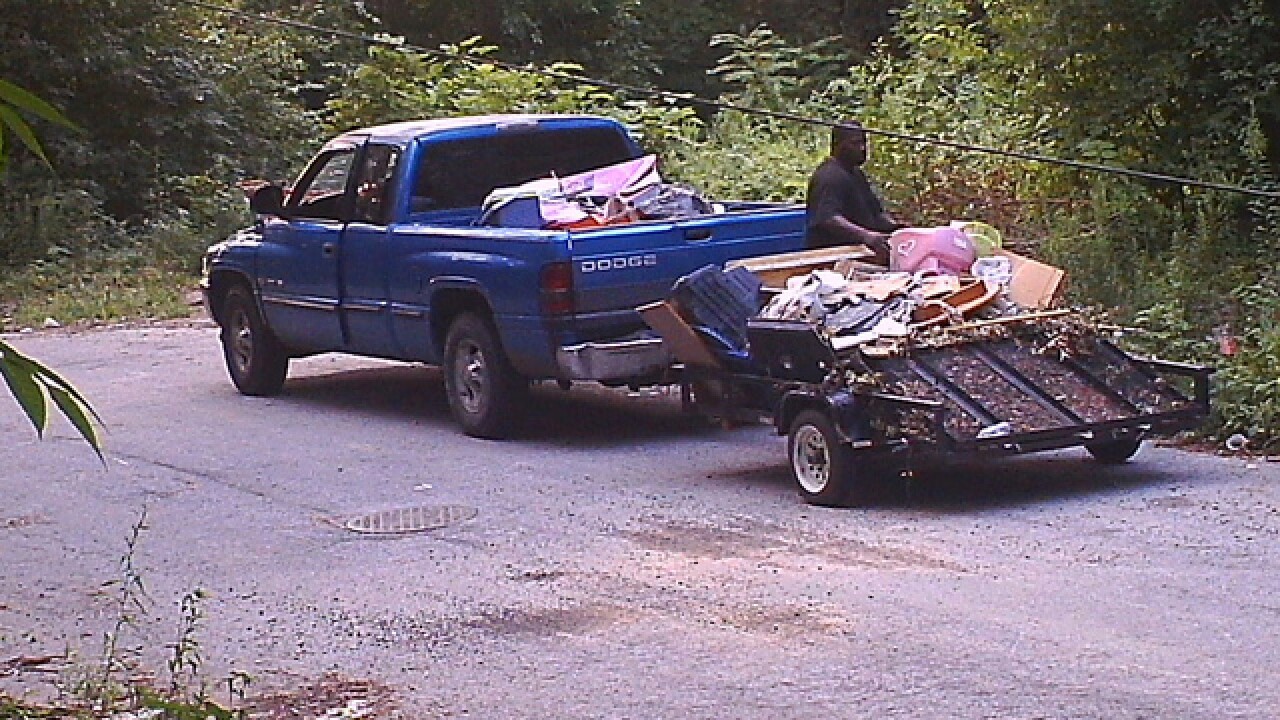 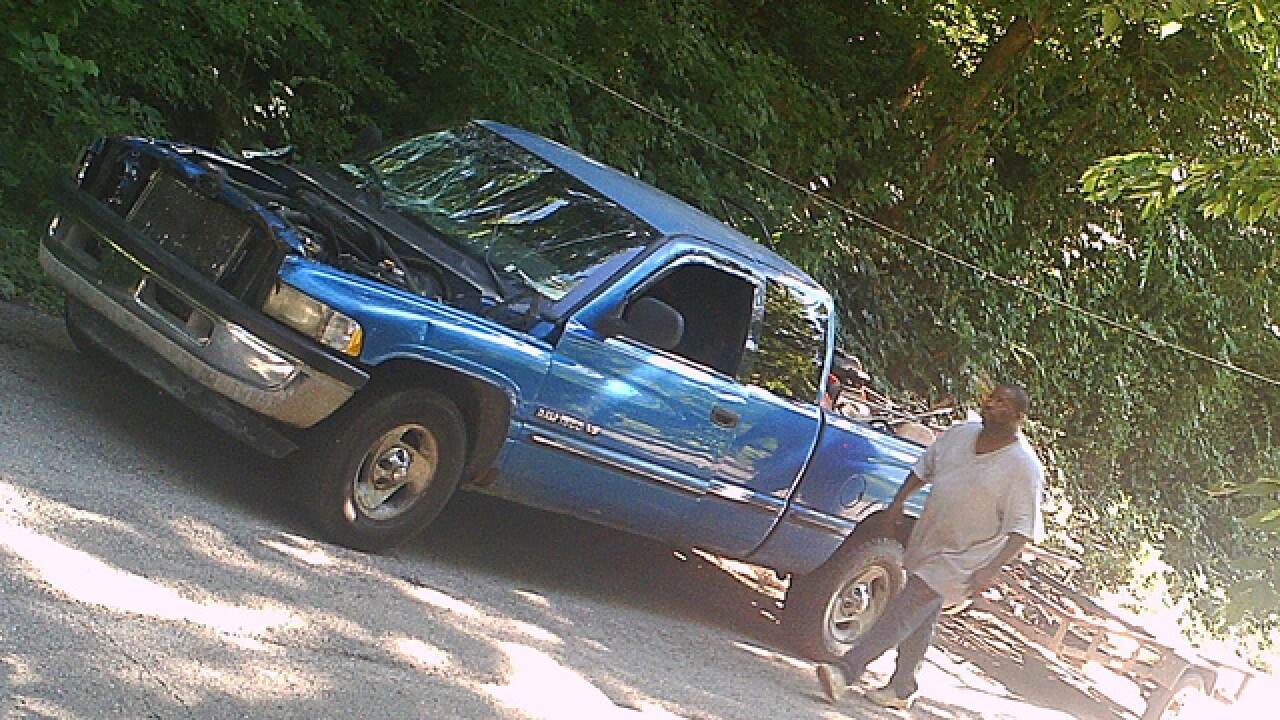 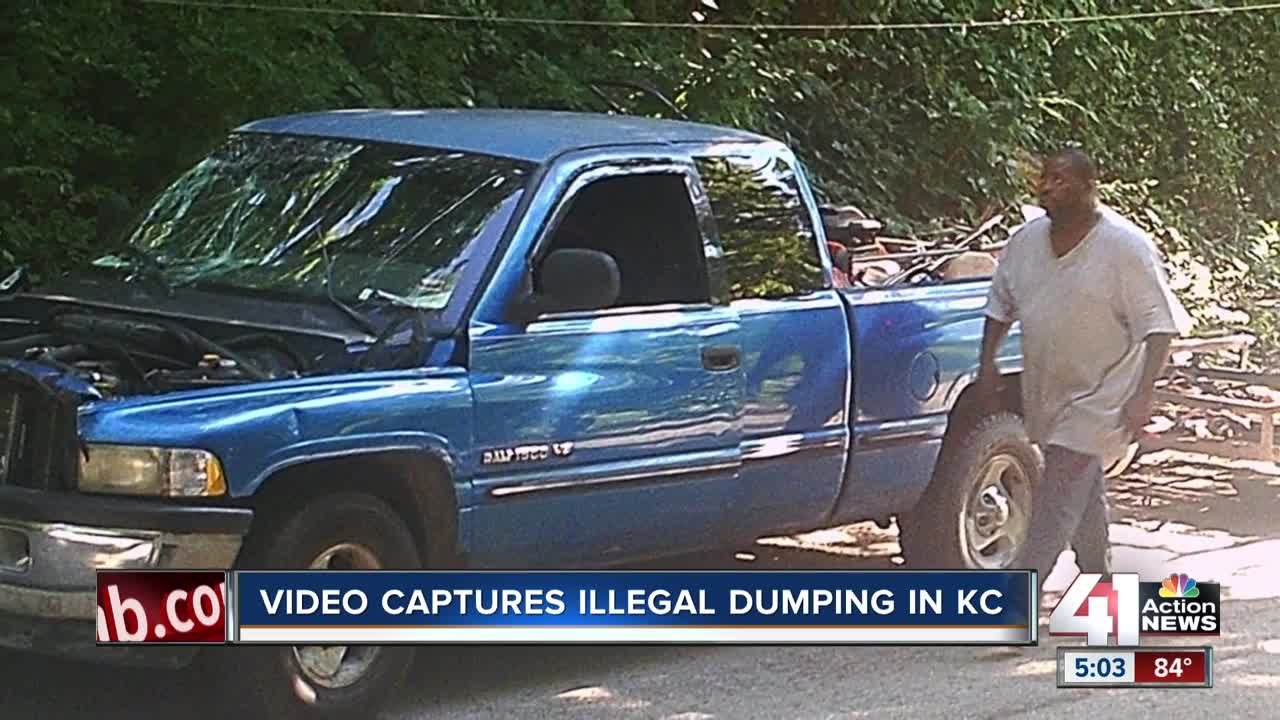 John Baccala of KCMO Neighborhood and Housing Services said the man, who can be seen in pictures driving a blue Dodge truck, is suspected of illegally dumping at least three times in the area of 22nd Terrace and Vine. He started by dropping off tires, then two televisions and some tree limbs.

"My OCD and my anxiety just drive me nuts knowing well here's this guy, here he's dumping, and there's nothing I can do about it. That's frustrating," KCMO Illegal Dumping Investigator Alan Ashurst said.

The quiet, overgrown street is a notorious dumping site in the city. In November, another man was caught on camera leaving a dead deer on the side of the road.

According to Ashurst, the city has to clean up debris every single month in the area of 22nd Terrace and Vine.

"It'll stay clean for a week until one person dumps, and then all of a sudden everybody is back to dumping on it like it's a "go" symbol. Time to dump again," he said.

Just around the corner, near 24th St. and Woodland Ave., we found another pile of trash.

"I wish they'd stop doing it. It really makes the city look bad," Michael Jamison, who lives in the area, said.

Jamison spoke with illegal dumping investigators just this week about the mess across the street from where he's staying.

"One of them actually found some notes and paperwork, had a name in them. That's what people need to start doing. I'm glad they came over. Maybe this will put an end to the dumping," Jamison said.

The city also hopes its 23 cameras hidden throughout the metro will help catch more people like the man in the blue Dodge.

"This is an opportunity for the citizens to help themselves. Find me this man, and I will get him into court. I promise you," Ashurst said.

The city is asking anyone with information about this to call the 311 Action Center.