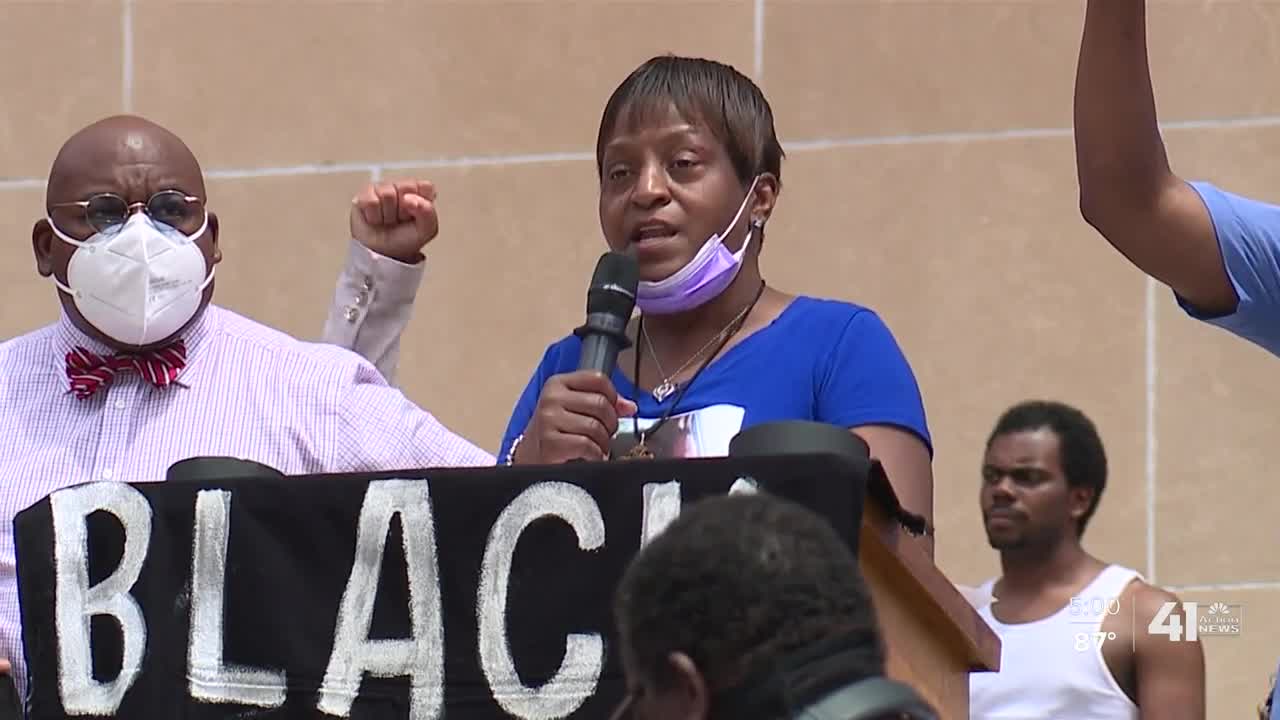 Protestors in Kansas City, Missouri, took their message to City Hall Friday, petitioning the mayor to sign a list of demands related to police brutality and the Black Lives Matter movement. 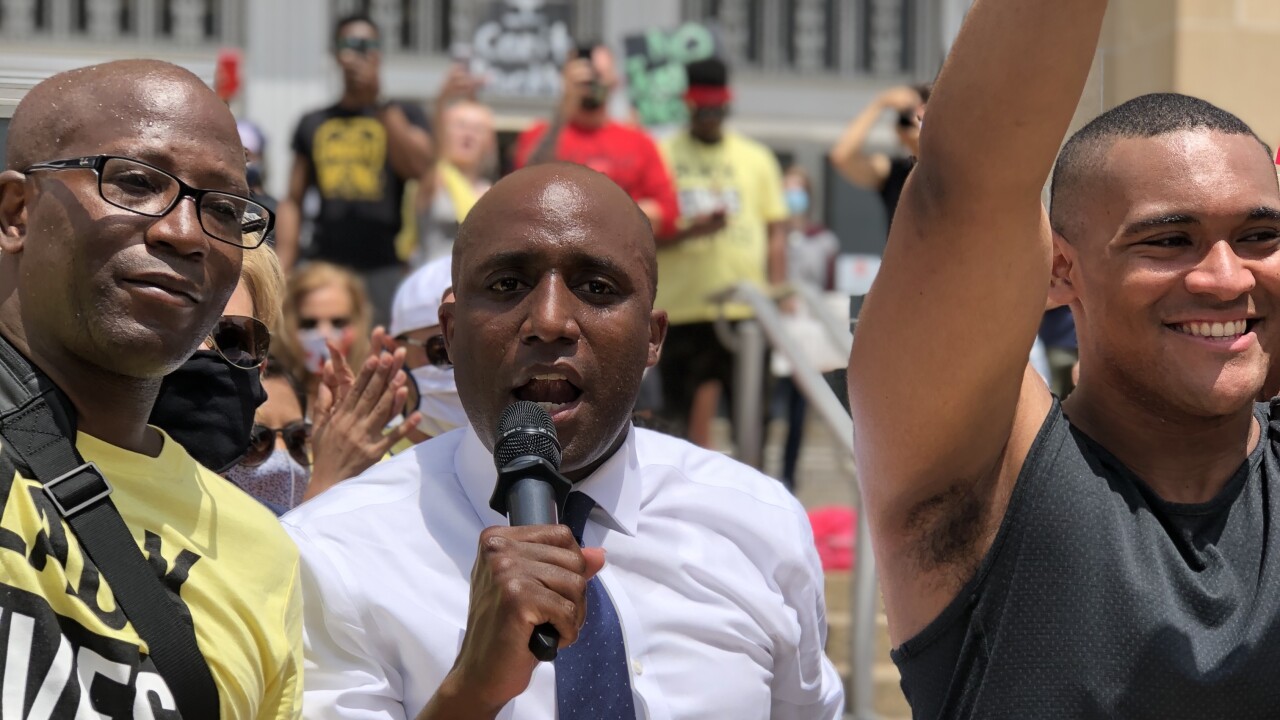 KANSAS CITY, Mo. — Protests over issues of police misconduct and social equality began last Friday near the Country Club Plaza in Kansas City, Missouri, in the wake of George Floyd's murder by a Minneapolis police officer.

Speaking at the protest outside City Hall, U.S. Rep. Sharice Davids, a Kansas Democrat, said, "The pain and anger we’re seeing is right and it’s just and that we need to listen. Non-black people need to listen. Elected people to listen."

Ally-ship was as key talking point among Friday's speakers, including Gabby Stanley, who said, "Say to these privileged people that your discomfort is irrelevant. It’s our job as white allies to make our white family and friends uncomfortable with the reality that people of color face everyday in this country."

The family of Ryan Stokes, who was shot and killed by police in 2013, shared their story — and a message.

The final speaker, KCMO Mayor Quinton Lucas, stood with the crowd to support a cause he shares.

"If you want to shake the foundations of the Jackson County Courthouse, Kansas City City Hall, police headquarters — not just Kansas City, but everywhere — if you want to make change, I want to hear it," he said. "Make more noise you ever thought of. Make sure everyone hears it. Let’s roll."

Organizers rolled out their demands, which the mayor signed at the podium, before Black Lives Matter organizer Justice Horn delivered the final words of the rally: “We’ve won the day, but the battle has just begun.”