11 arrested for assault, property damage at protest outside KCPD headquarters 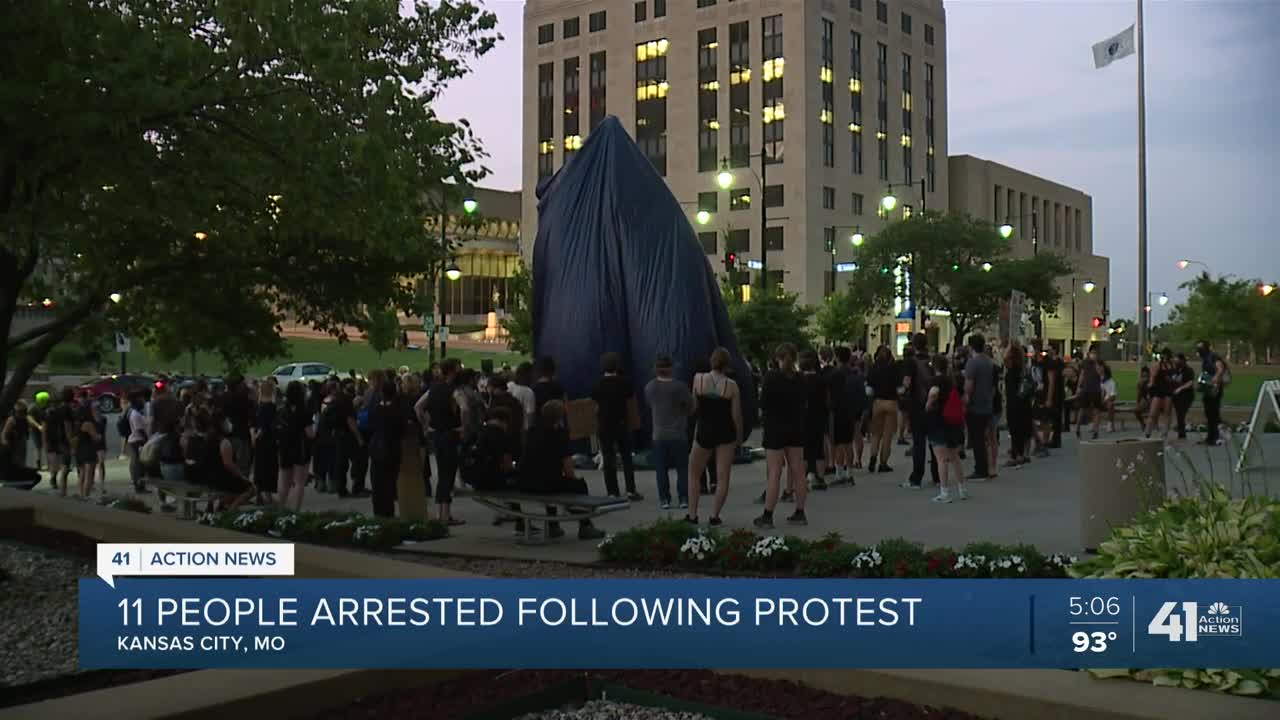 Eleven people were arrested at protest outside police headquarters Friday night. Some face possible misdemeanor charges, others may face felonies after alleged assaults on officers. 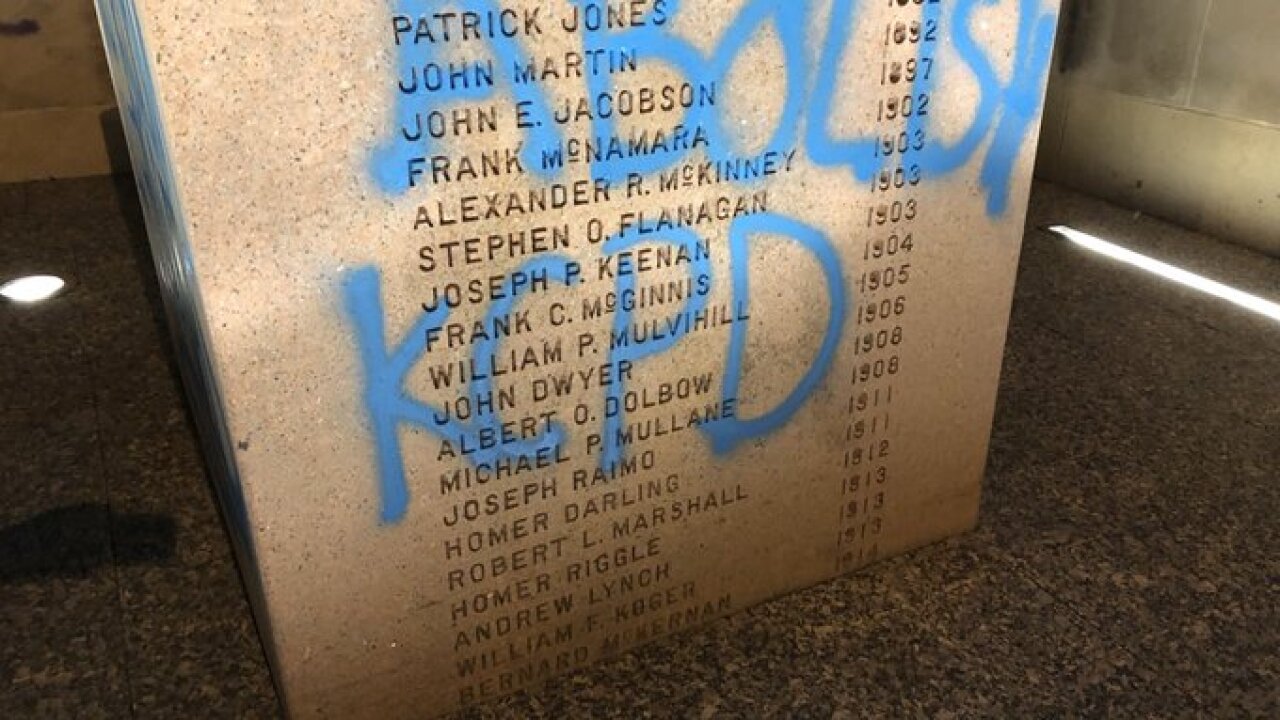 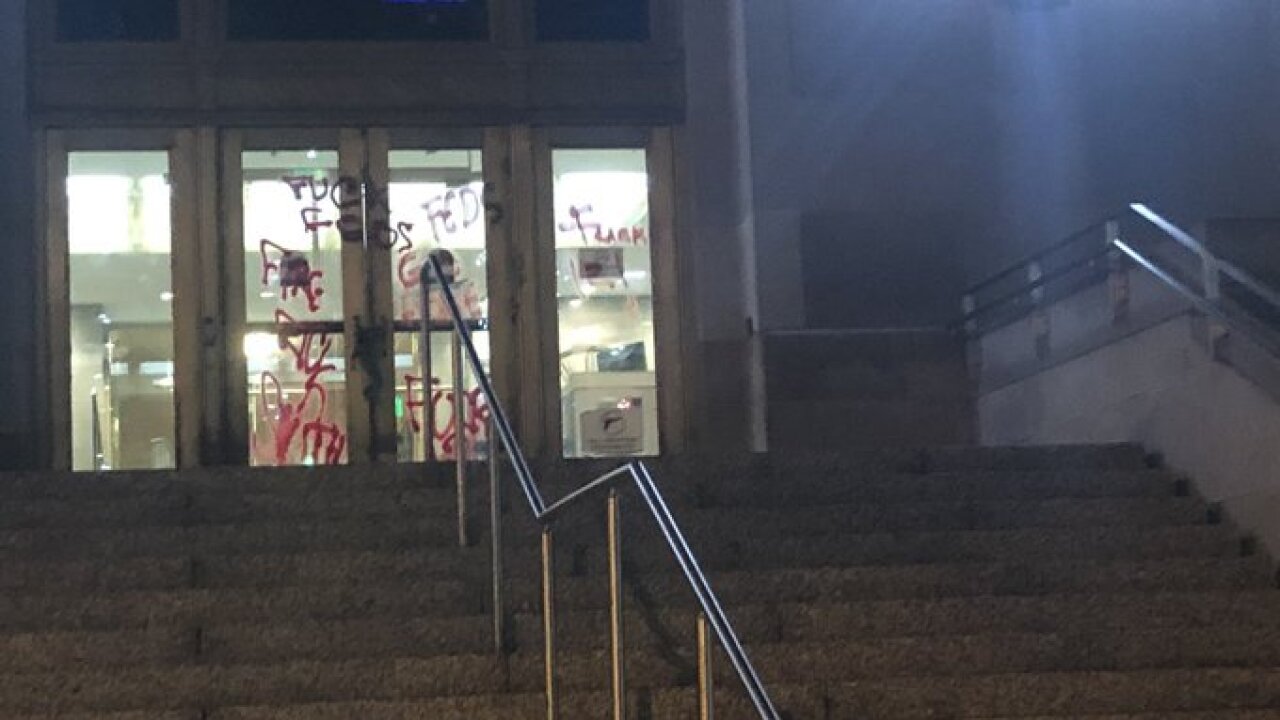 Some face possible misdemeanor charges, while others might face felonies after alleged assaults on officers.

The group gathered to protest federal authorities in town and also ask for cuts in the police departments budget.

Some spray painted profanities and anti-police sentiments on the headquarters building and a statue honoring officers who have died in service.

Police spokesman Sgt. Jake Becchina said some also punched and pushed some officers. One officer suffered an injury to his hand, and one protester reportedly was injured when they tripped while running.

The protesters gathered around 6 p.m. to call an end to Operation LeGend, a federal initiative that brought more than 200 federal enforcement agents to the city.
RELATED: Activists denounce Operation LeGend, say it will only create more friction

Kansas City, Missouri, Mayor Quinton Lucas tweeted early Saturday morning, "Just got back from downtown. Saddened to see the efforts tonight by those working their hardest to distort and distract."

Several residents gathered outside the department to help clean up the graffiti, and city crews also were on hand working to remove the paint.

Missouri Gov. Mike Parson tweeted Saturday morning, "If there was ever a time to stand up for law enforcement, now is the time."

"These men and women made the ultimate sacrifice," Parson said in the tweet. "They should be honored and remembered, not demoralized. This is unacceptable. It is wrong, and it will NOT be tolerated."