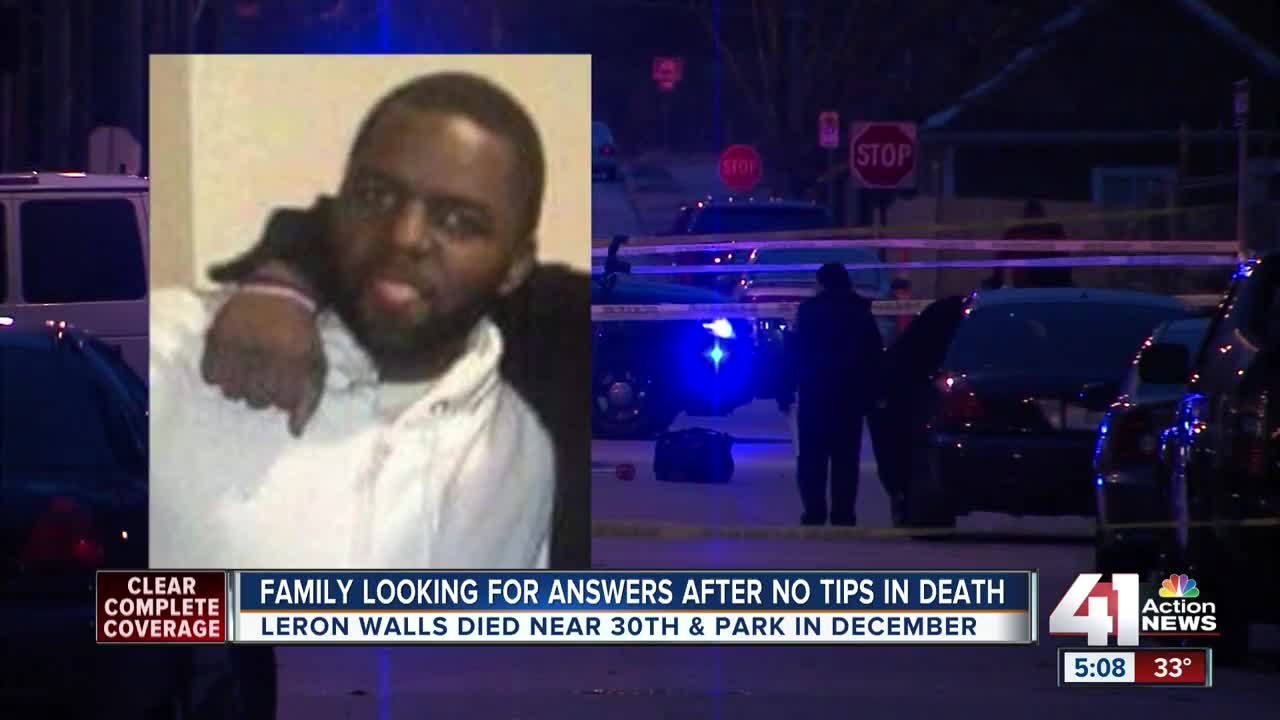 Isaac Walls says he'll do anything he can to figure out why his son, Leron, was murdered on Dec. 28. KANSAS CITY, Mo. — Leron Walls, 33, was found shot to death in a car, right in the middle of the intersection at 30th & Park Ave East, and that's all we know.

"It had to have happened further on up the block and maybe after he was shot, he slumped over and the car just rolled," said Leron's father, Isaac Walls, pointing south on Park.

Walls has come out to the intersection several times, trying to piece together what happened when Leron was killed early in the morning on Dec. 28.

"I feel empty right here. I really do," Walls said.

Police say they have received no tips. They have no suspect information. They don't know what Leron was doing before his death. They have nothing else to share.

Walls said Leron still had his money and cell phone on him, which tells him the shooting was personal.

He doesn't know if Leron went to the neighborhood to meet up with someone, or if he knew someone who lives around there.

"If I knew, believe me, I would be right at their door knocking on it. But I have no idea. That's all I know is there's a gas station up the street. My oldest son, whose car he was found in, told me he said he was going to the store to get some cigarettes," said Walls.

Walls said he was told Leron was arguing with a woman on the phone before he left the house, but doesn't know who the woman is or if it had anything to do with Leron's death.

A neighbor pulled up to the intersection in his car to tell Walls he heard something the morning of the shooting.

"The gunshots woke me up and I came out and seen the car," said the neighbor. "And probably like, 20 minutes later the police showed up. I know I had enough time to make a pot of coffee."

Walls said someone else had to have seen more. He doesn't understand why people are being tight-lipped.

"We're so afraid to show that we can be charitable to one another. Because in certain situations, in certain areas everybody thinks that shows weakness, and it doesn't," said Walls.

Walls is still trying to get the money together for the funeral. He started a GoFundMe page for help.

"This was my son. He was, he is, and he'll always be my son whether he's here or not. I'm just doing whatever I can," said Walls.

Anybody with information, whether it seems big or small, is encouraged to call the TIPS Hotline at 816-474-8477.