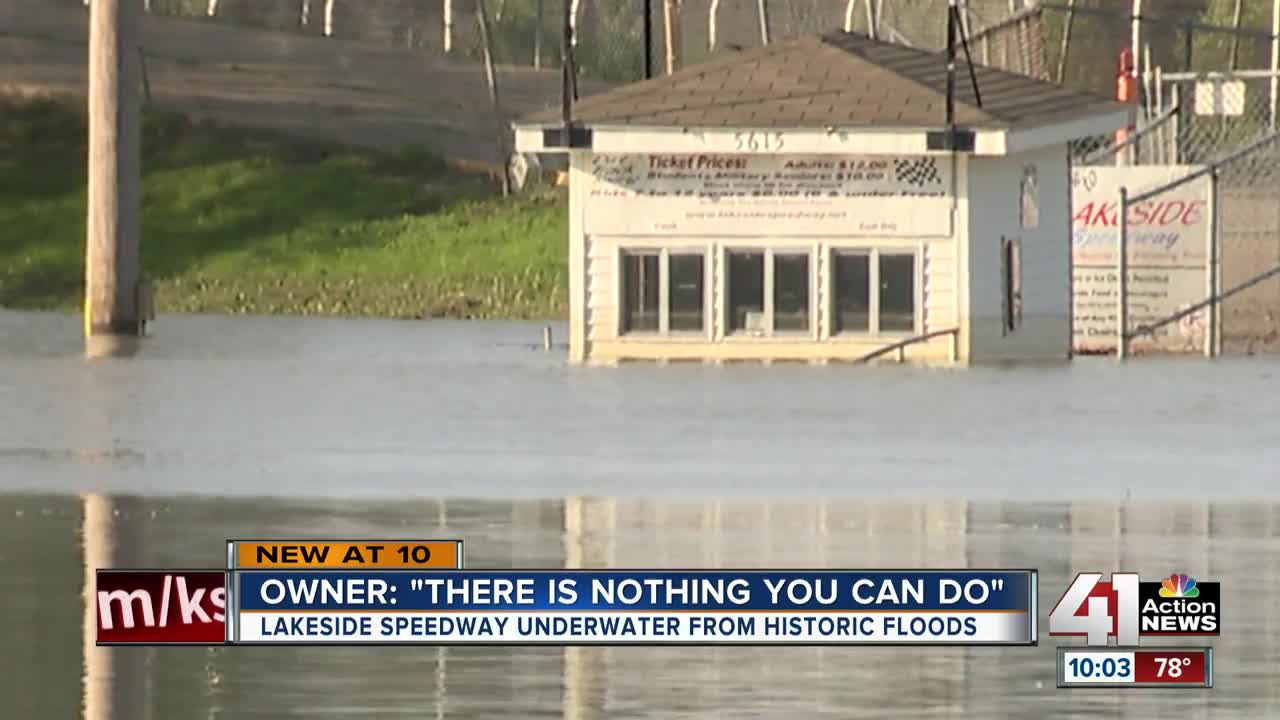 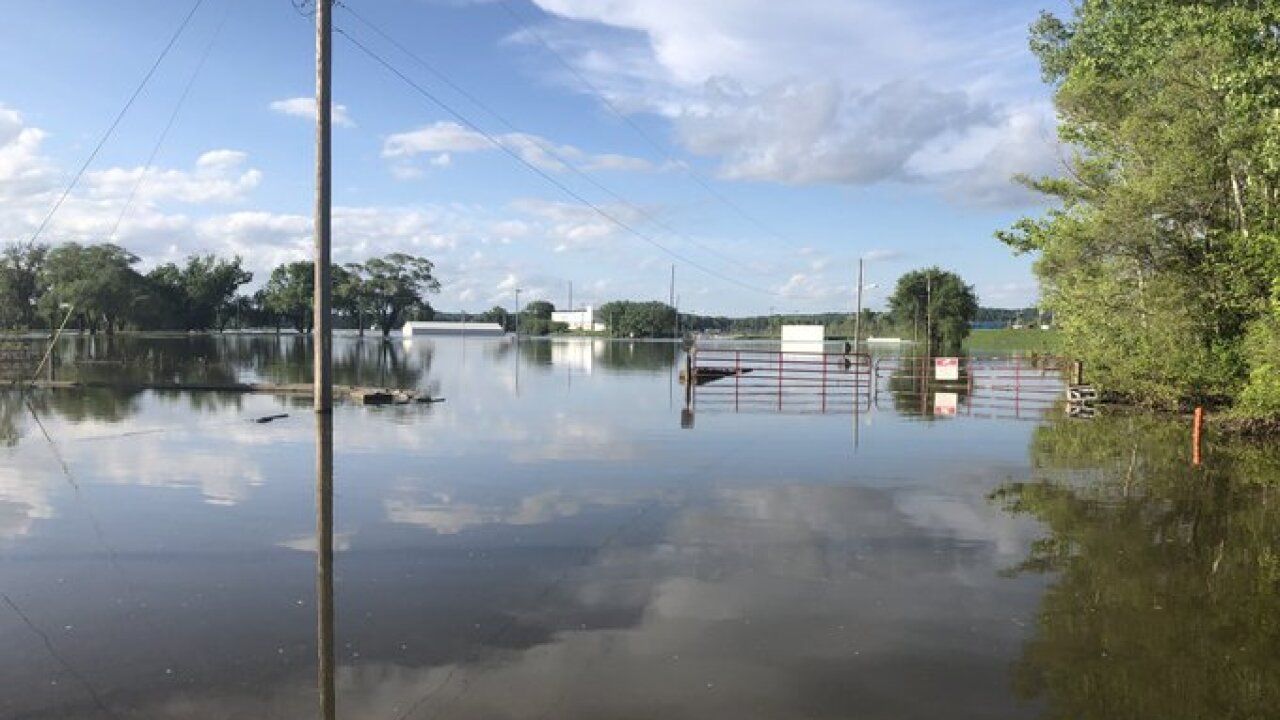 KANSAS CITY, Kan. — Instead of being flooded with races and fans, the Lakeside Speedway in Kansas City, Kansas is flooded with water for the second time this year.

The popular racing venue was schedule to open for the season in late May or early June after a levee broke on the Missouri River in late March. However, continued rainfall and flooding will once again push back the date.

"It's extremely frustrating because there is nothing you can do," general manager Pete Howey said.

According to Howey, Lakeside Speedway runs off of revenue from weekly races. Because there have not been races due to flooding this year, Howey said the business is out hundreds of thousands of dollars.

To help, the speedway has setup a Veno account with the name @lakesidespeedway where fans can help contribute to the racetrack. To contribute, fans must download the Venmo app onto their phones.

"We will have a race here this year, I'm going to guarantee that," Howey said. "It may not be a car race but I'm hoping it's going to be a car race. I'm hoping mid-July and if not, let's do some August."