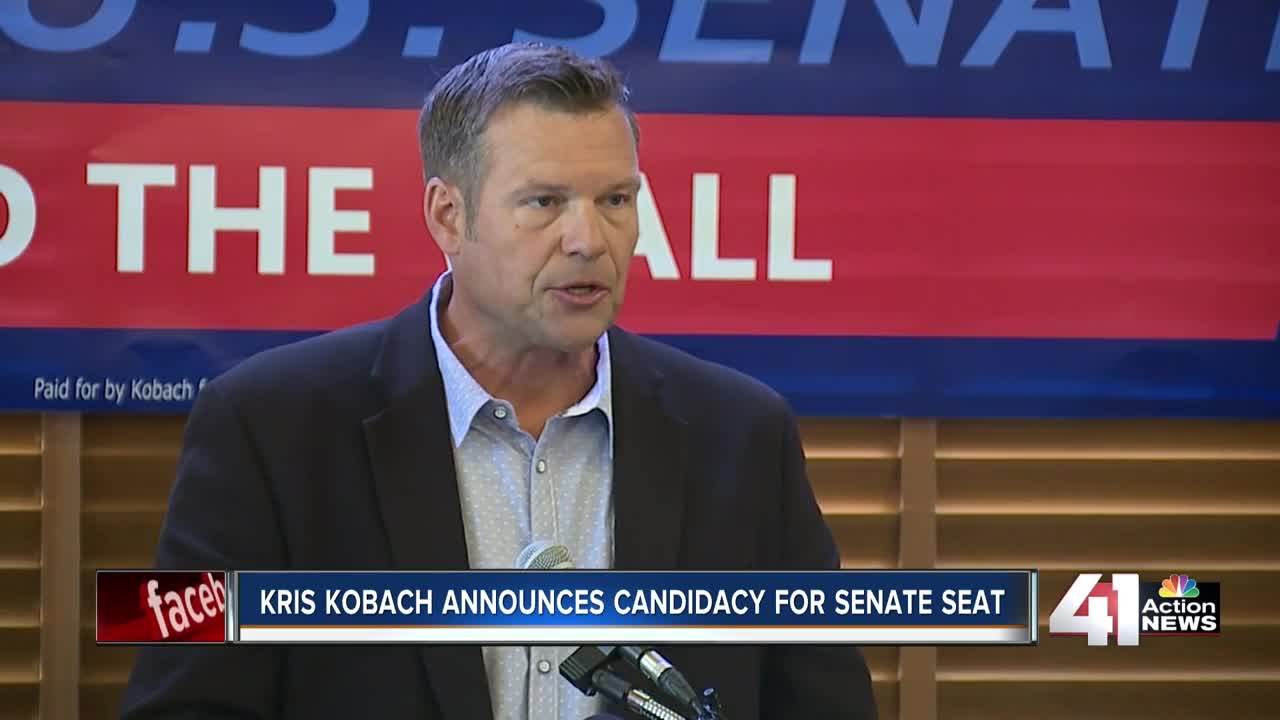 Former Kansas Secretary of State Kris Kobach officially announced his bid for the US Senate during a speech to supporters on Monday at Riverfront Community Center in Leavenworth. 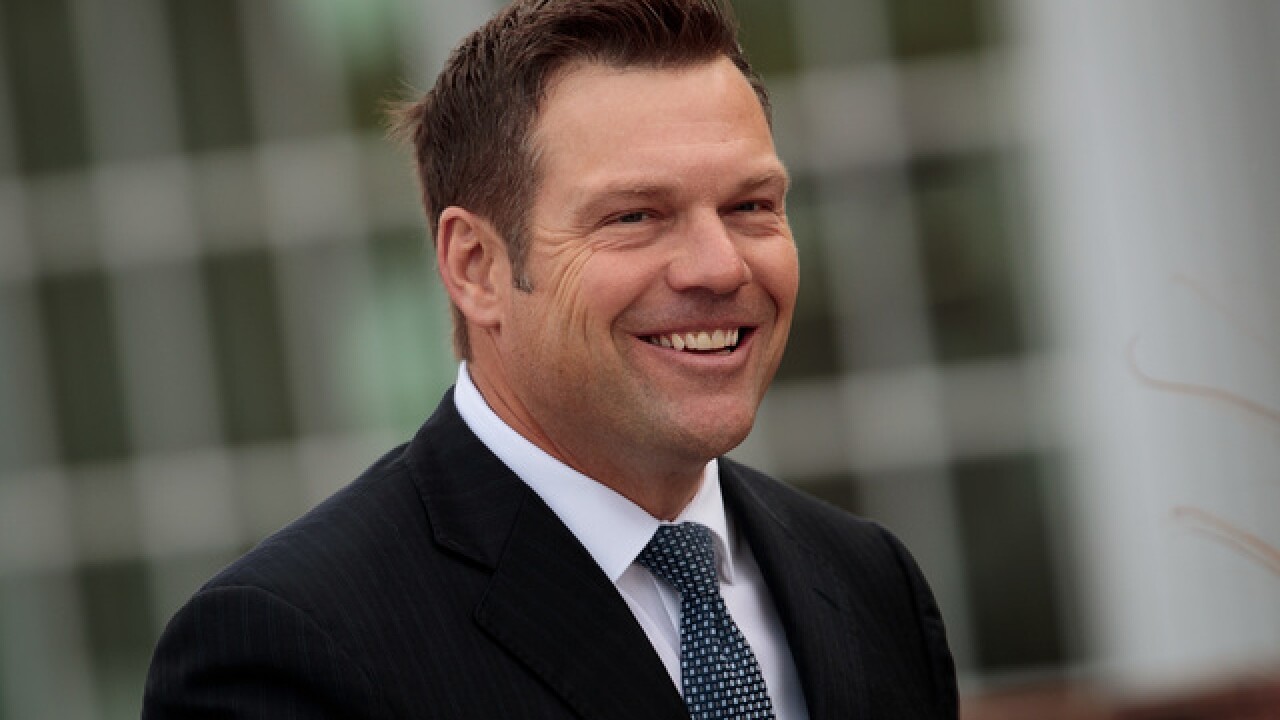 KANSAS CITY, Mo. — Former Kansas Secretary of State Kris Kobach officially announced his bid for the US Senate during a speech to supporters on Monday at Riverfront Community Center in Leavenworth.

Months after losing the Kansas gubernatorial election as the Republican nominee, Kobach said he would be a champion for President Donald Trump’s policies and make the border wall a priority.

“It became very clear to me that the president needs someone to lead the charge for him in the U.S. Senate,” he said during his campaign kickoff speech. “I think not only must we build the wall, we must build it faster, of higher quality and we must build it more cheaply.”

Immigration figures to be the top issue for the campaign, with Kobach focusing on it for the first half of his speech.

Aside from calling on the border wall to be built, he said he would push for a citizenship question to be added onto the US Census.

During his speech, Kobach also said he would protect the Constitution and focus on cutting down government spending.

“The Democrats are trying to change freedom into a new principle of free stuff,” he said. “You don’t build a country on free stuff. You build it on freedom.”

Kobach is running for the seat currently held by Republican Sen. Pat Roberts, who said in January he will not seek reelection. Roberts has been in office since 1996, serving four terms.

Kobach ran for Kansas governor in 2018 with the endorsement of President Donald Trump — who called Kobach “a fantastic guy who loves his State and our Country” — but ultimately lost to Gov. Laura Kelly, a Democrat.

Nationally known as an advocate of tough immigration policies, Kobach confirmed in January that he was considering the Senate race, shortly after Roberts announced his plans. Some Republicans also speculated that he could land a prominent job in Trump's administration, but that hasn't materialized.

Even though Kobach's candidacy is likely to upset some fellow Republicans, he retains support among conservatives, particularly advocates of tough policies against illegal immigration. Kobach has long alienated GOP moderates, but even some conservatives soured on him after he lost the governor's race.

Earlier this year, with Kobach mulling the race, some top Republicans nudged U.S. Secretary of State Mike Pompeo, a former Kansas congressman, to enter the Senate race, but he said he was focused on his job as the nation's top diplomat.

Kobach's paperwork initially misspelled his first name as "Chris," but it was corrected two minutes later.

Four other people have already thrown their hats in the ring for the seat: Democrats Nancy Boyda and Barry Grissom, and Republicans Jake LaTurner and David Lindstrom.

I welcome the contrast with Kris Kobach's extreme agenda that he wants to take to the U.S. Senate. Kansans are common sense people who want leaders focused on results for rural hospitals, the economy or our famers, not more partisan gridlock. It's why I trust Kansans to choose progress over a return to the Kobach-Brownback era of dysfunction and gridlock.

Whether you're a Kansas Democrat, Republican, or independent, we all want to get things done, and none of us want to send Kris Kobach's extremist agenda to Washington. From my time as the federal prosecutor for Kansas, I've always been willing to work with anyone committed to getting things done, and I look forward to bringing Kansans of all walks of life into this campaign.

Republican rival Jake LaTurner also issued a statement regarding Kobach's entry into the race: "Donald Trump needs reinforcements in the United States Senate. Jake LaTurner is the conservative candidate for Senate who can actually win the primary and the general election."