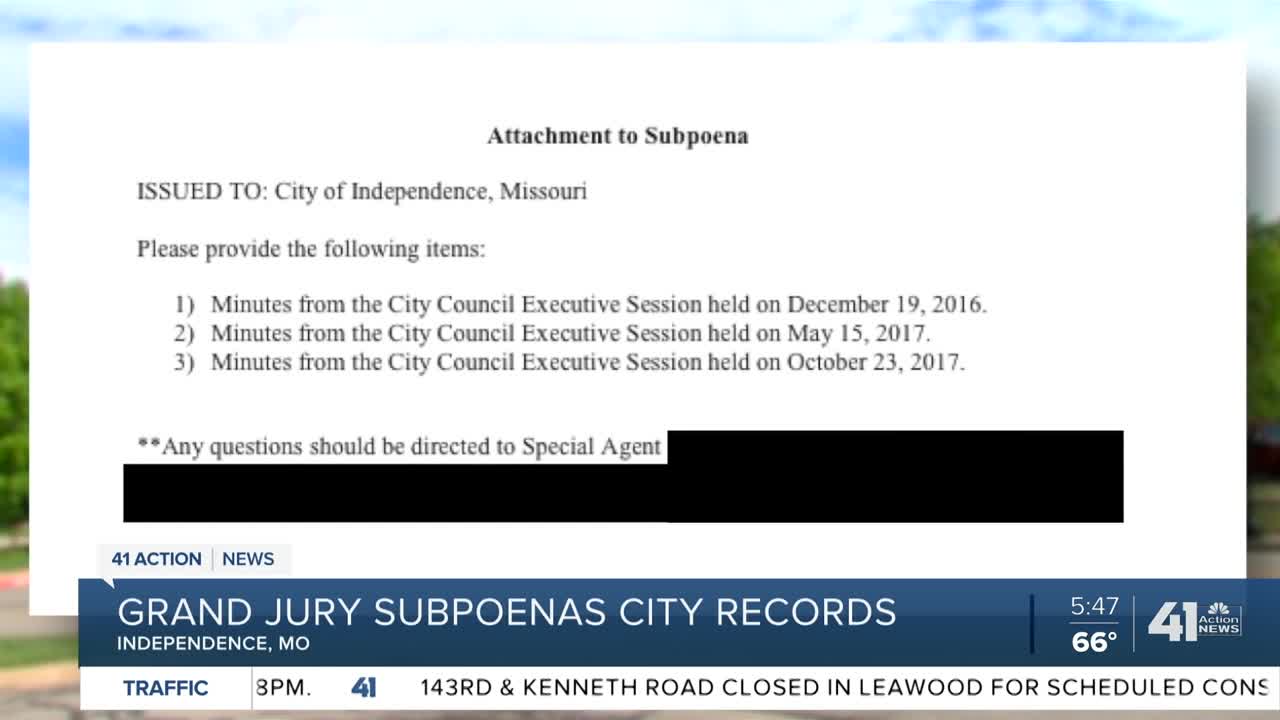 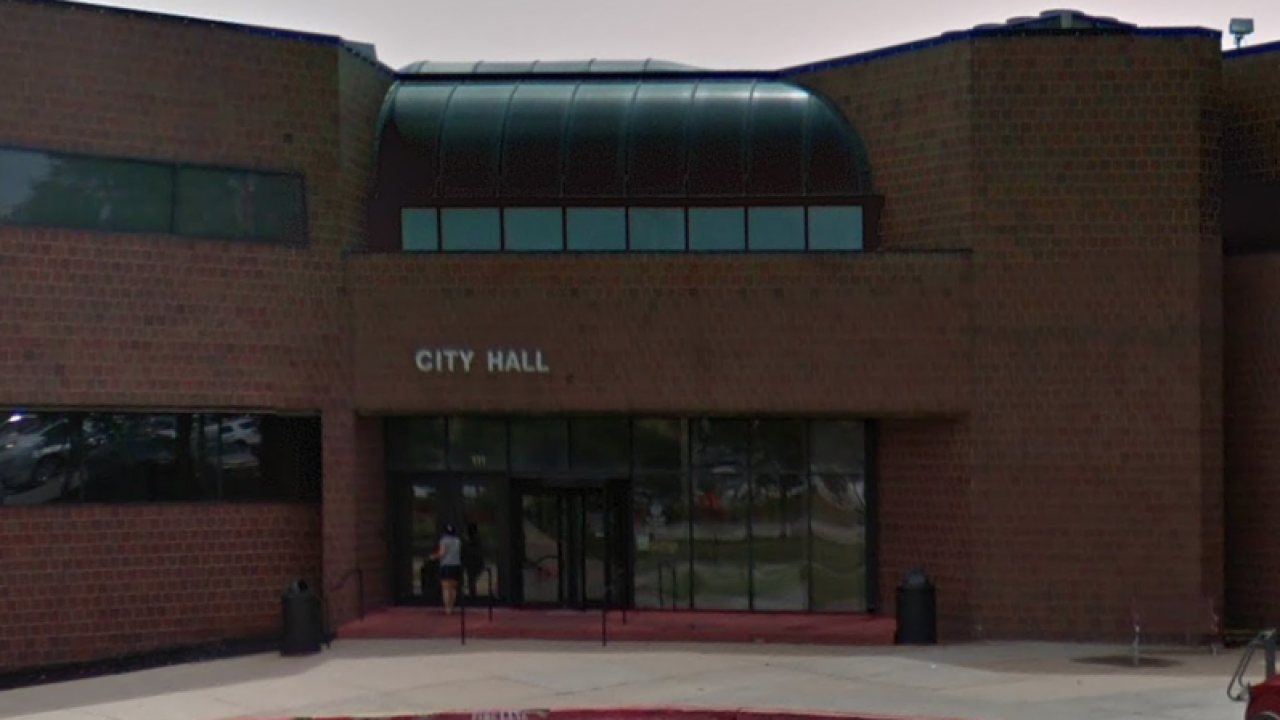 INDEPENDENCE, Mo. — A federal grand jury has subpoenaed records of discussions that took place behind closed doors in Independence.

Through an open records request to the city Monday, the I-Team learned the grand jury in March requested the minutes from three executive sessions.

While the grand jury's request doesn't specify what it's looking for, two of the meetings were regarding the Missouri City Power Plant.

During the meeting from October, members of the City Council voted on the purchase of the Rockwood Golf Club.

"I had a lot of questions about the two items that everybody is talking about: Missouri City Power Plant and Rockwood Golf purchase," DeLuccie said.

In 2018, the I-Team raised questions about the projects after discovering a receipt that showed council members Curt Dougherty, Tom Van Camp and John Perkins all dined out to discuss the project. John Carnes, a local attorney who spent time in prison for bribing a council member, also was listed on the receipt.

The plan to demolish Missouri City Power Plant was controversial from the start. The power plant was isolated in a desolate area and had been deemed safe by the Environmental Protection Agency.

Still, a majority of the City Council voted to move forward with the project. The council skipped standard practices during the bidding process and hired the highest bidder to do the job for nearly $10 million, even though the price was nearly twice as high as that from another company that was deemed qualified to do the job by the Independence Public Utilities Advisory Board.

DeLuccie and Scott Roberson were the only members of the council who voted against the project.

"EPA was not requiring us to do anything," Roberson said in 2018. "So, my position was why spend 10 million dollars?"

In 2018, the I-Team also reported on the controversy surrounding the Rockwood Golf Club that the city purchased for $985,000 to expand the city's solar community.

DeLuccie and Roberson expressed concerns about the people involved in the deal.

On Monday, DeLuccie said she wants one thing.

"The truth. Let's either vindicate what the council did or punish those that perhaps had misdeeds," DeLuccie said. "I've seen nothing that would vindicate what we did. I would think if there was a rational reason, rational explanation, it would've been disclosed to me in the past three years."

The records request issued by the I-Team Monday also revealed the FBI asked the city for receipts for reimbursement submitted on behalf of council members Dougherty, Van Camp, Perkins and Mike Huff during their time on the City Council.

Huff and Perkins have not submitted anything for reimbursement by the city during their time on the council.

Huff said he's not sure why the FBI is asking for the records. Van Camp, Dougherty and Perkins did not return calls to the I-Team.

City records show Dougherty and Van Camp often dined out using taxpayer dollars, which is allowed for purposes related to city business. Though Perkins never submitted receipts of his own, his name was often listed on receipts submitted by Van Camp and Dougherty.

On one occasion, an expense report showed Van Camp requested to visit a power plant in McIntosh, Alabama. When Van Camp returned, he submitted receipts that showed he stayed in Panama City Beach. There's no record that he visited the power plant on file with the city. However, a rental car receipt showed there wouldn't have been enough mileage on the car to get him between cities.

The money to fund the trips came from Independence Power & Light, the city-owned utility. The Missouri City Power Plant and Rockwood projects also were funded by IPL.

Shortly after the I-Team's stories aired in 2018, DeLuccie said she was contacted by the FBI, who asked her questions about Missouri City and Rockwood.

DeLuccie said, on behalf of citizens in Independence, she wants to know why the projects moved forward.

"It's your government," DeLuccie said. "We're in charge of millions of dollars of the citizen's money. I think it's important they know how it was spent."

When the I-Team asked DeLuccie to explain the importance of holding meetings within the public's view and what could go wrong when that doesn't happen, she responded with, "Missouri City."

A grand jury evaluates information from the FBI and discusses with prosecutors whether an indictment would be warranted.

"I think (the FBI) must be getting close," DeLuccie said. "I know they did Freedom of Information requests in the past, but this was the first word I received of an actual subpoena, which tells me it's an active investigation and they're getting close."