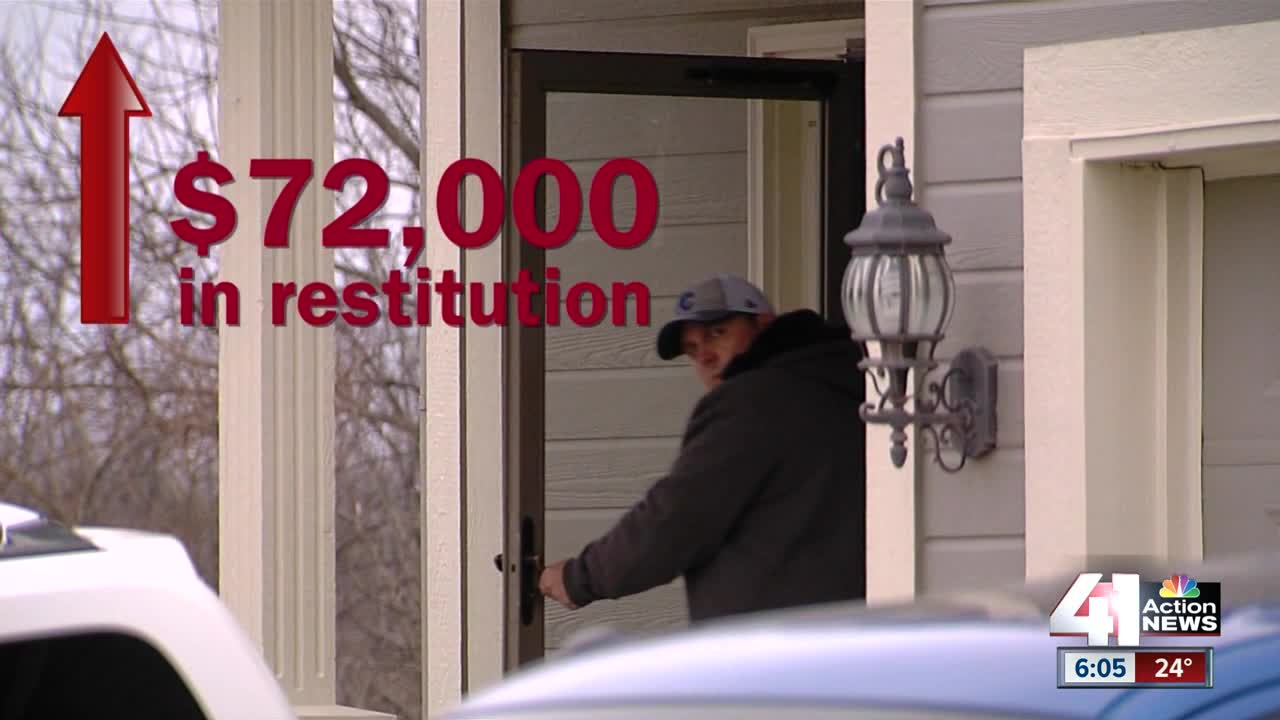 Jason Stewart, a Kansas City area roofer with a history of consumer complaints, is now on the hook for more than $90,000 in restitution, fines and court costs.

HARRISONVILLE, Mo. — A Kansas City area roofer with a history of consumer complaints is now on the hook for more than $90,000 in restitution, fines and court costs.

On Monday, Cass County Judge William B. Collins signed a default judgment against Jason Stewart and his company Apex Roofing.

In that judgment, which is based on a lawsuit the Missouri Attorney General's Office filed, Judge Collins found Stewart repeatedly violated Missouri’s Merchandising Practices Act.

Those false promises include claiming roofing materials were of sufficient quality, falsely promising to provide roofing services in exact time frames, falsely promising to refund consumers for work not performed, falsely claiming he had enough employees to perform the work and misrepresenting to consumers their insurance money would be committed to agreed-upon services.

Stewart was served with a summons and the petition outlining the claims against him at his Raymore home on Aug. 1, 2019.

Reached by phone, Stewart said he didn’t participate in his own defense because he couldn’t afford an attorney.

He still hasn’t had that new roof installed nor has he received any money back from Stewart.

The 41 Action News Investigators first spoke to Sytkowski in March 2017 about his unsuccessful dealings with Stewart.

The 41 Action News Investigators went to Stewart’s home at that same time to ask about Sytkowski.

Stewart answered the door and then quickly shut it without comment when he saw our camera.

He’s declined multiple requests for on camera interviews since then, including our most recent one Thursday.

In May 2018, the 41Action News Investigators first reported Stewart and his company Apex Roofing were contracted to replace all 27 roofs at Kansas City’s Devling Place Apartments.

“He did some of our buildings and then he just stopped,” said McKayla Lopez, who was working at the apartment complex at the time.

When asked if Stewart gave any reason for stopping, Lopez said, “I don’t believe so."

Devling Place and Sytkowski are two of the seven victims listed in a new default judgment Judge Collins issued Monday.

The largest chunk of that restitution is for Devling Place at $49,000,

Stewart said in a phone interview he plans to work with the Missouri Attorney General’s Office to pay the money he owes from the default judgment.

Stewart also said he’s still working in the roofing business with a different company, but he wouldn’t say which one.

According to Sytkowski and Stewart’s LinkedIn page, that business is called Elite Roofing & Contracting.

State records show the registered agent for the company is a Belton attorney who’s represented Stewart in the past.

He says he needs to continue to work to re-pay the people he owes, which includes the default judgment.

The default judgment orders Stewart not to take money up-front for any roofing jobs.

But the order and the state can't prevent Stewart from starting or working with another company other than Apex Roofing, which no longer exists.

According to a spokesman for the Attorney General's Office, for various reasons there's no pending criminal investigation against Stewart.

In a text message, Stewart also says he feels horrible for what happened to the people he owes.

Sytkowski, who previously won a court judgment against Stewart on his own, says he’s more confident he’ll get his money returned with the state collecting it.

He says once that money is returned, he’ll finally be able to replace his roof.

Tim Elliott from Devling Place, said by email he's been in contact with the Attorney General's Office every few months since his issue with Stewart two years ago.

He said he didn't see much progress and was unaware of the judgment against Stewart until the 41 Action News Investigators asked him about it.

"I am happy to hear the MO AG finally got a judgment but as you know, getting a judgment and collecting money are two different things. I do not expect Mr Stewart to pay anyone without some pressure or consequences. I do not know what pressure the AG can put on Stewart to pay the restitution so I don't know if I will recover anything. And if he does pay anyone he will probably start with the $20k he owes to the state of MO for the penalties and fees to get them off his back," Elliott wrote in his email.

Stewart has also had issues in Kansas where he was ordered to repay to Johnson County customers for work he never did.