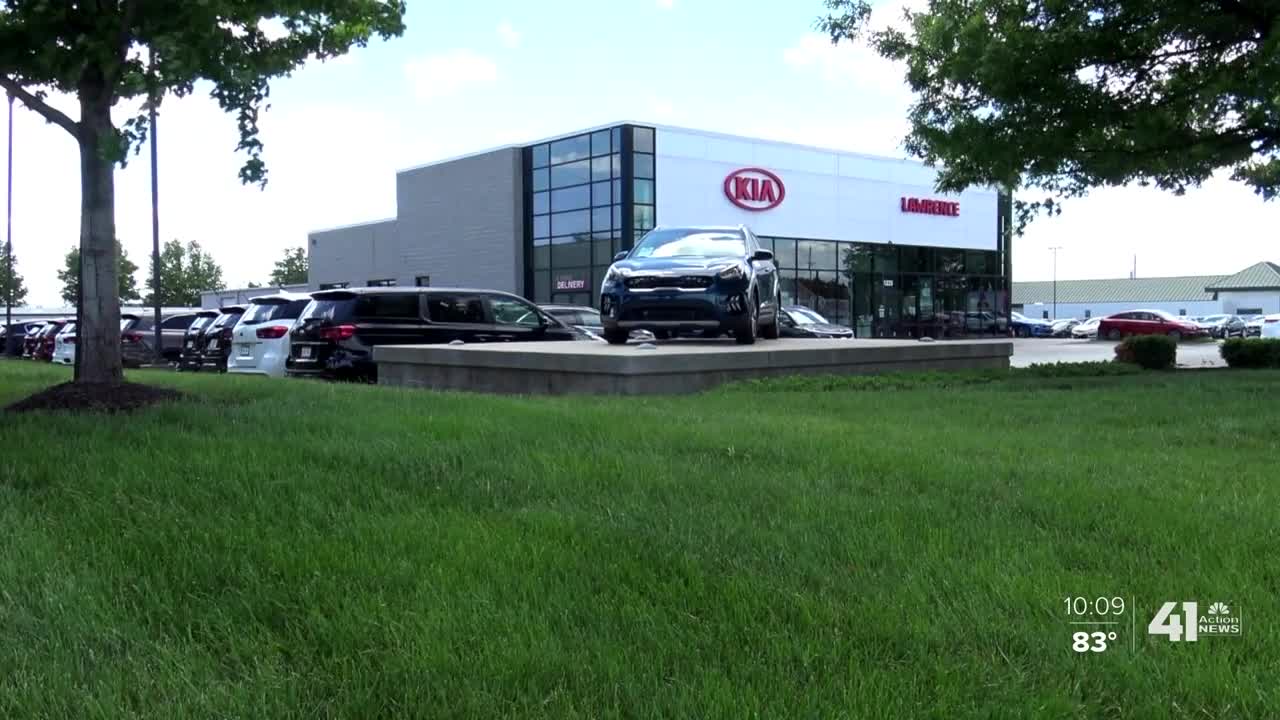 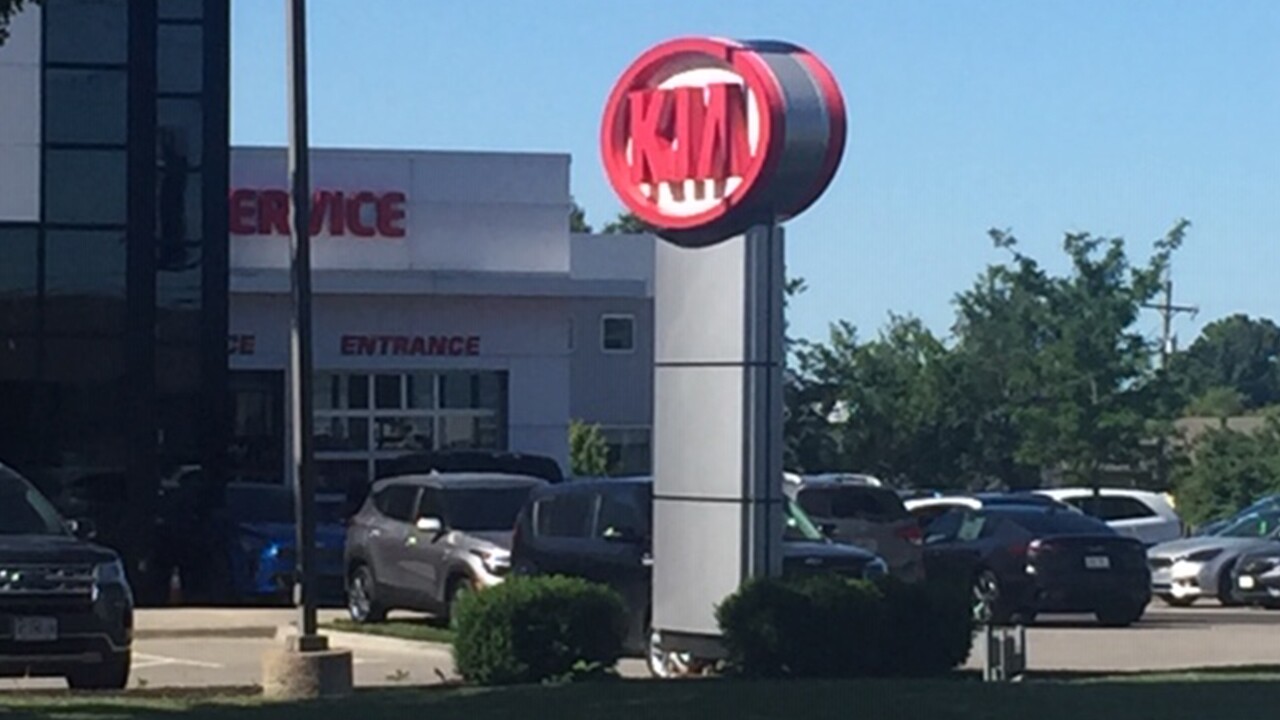 The Lawrence store is the top-selling Kia dealership in the Kansas City area.

However, in the wake of revelations about questionable and potentially illegal business practices, four of Lawrence Kia's top salespeople have resigned.

None of them wished to be identified because they no longer want to be associated with the dealership.

Herb Vance is one of the Lawrence Kia customers the 41 Action News I-Team interviewed about his experience.

As the I-Team reported Monday, Vance drove from his Oklahoma home to Lawrence last year hoping for a deal on a new pickup truck for around $400 a month.

The retiree submitted a credit application showing his total monthly income was $2,000.

But records the I-Team obtained show the dealership reported to the lender in the loan application Vance's monthly income was $9,961.

When the I-Team spoke to Vance, he said when he signed his sales deal, he simply missed the document with his inflated income.

"If you don't have an understanding of that stuff, you don't really know what you're looking at," he said.

Kavanaugh said he received numerous calls from customers complaining about their monthly incomes being increased on their vehicle loan applications after another former employee called to notify those customers.

Additionally, he provided the I-Team a list of customers he had to call to see if that former employee notified them.

Kavanaugh estimated in a roughly two month period when he looked closely at this issue, he found hundreds of falsified customer loan applications which customers signed, but missed the inflated incomes.

"In the stack of documents is the fraudulent credit app. You'd have to be really looking for it," Kavanaugh said.

Kavanaugh said he left Lawrence Kia in April because the dealership's business practices were damaging his reputation.

When the I-Team asked Kavanaugh how much explanation was given to customers about everything they were signing, he replied, "Probably not a lot."

"Chin put a lot of pressures on the finance guys to run them through like a cattle call, get them in, get them out," Kavanaugh said.

Codey Cole recently graduated from the University of Kansas. As a scholarship football player, he told Lawrence Kia about his $1500 monthly stipend in his credit application when he was buying his car.

But records show the dealership told his lender his monthly income was $3,500.

"They gave me a lot of papers to sign. They rushed through it. They didn't try to explain it to me, explain what was going on. They were already kind of sign here, here, here," Cole said.

A first-time car buyer, Nautica Emberton's records show she submitted a credit application last fall stating her monthly income was $1,600, but in her loan application the dealership sent to her lender, it stated Emberton made $4,311 monthly.

Emberton, who told 41 Action News she suffers from autism, said she tried to ask questions while signing documents for her deal.

"They would kind of give me these responses that were, they were just talking in circles and I don't think they truly answered any of my questions," she said.

Kavanaugh said he ultimately was able to unwind Emberton's deal.

He said Emberton and other people who came to Lawrence Kia to complain about their monthly incomes being inflated were made to feel like they were responsible for submitting false information.

"The standard procedure for customers that complain that they could not knuckle under was always the same. 'Did you sign the credit app?' 'Well, yes I signed the credit app.' 'It's on you, not on Lawrence Kia, talk to our attorney,'" Kavanaugh said.

Documents show Sasha Jefferson's monthly income was also inflated on her car loan application from $3,103 to $4,103.

"I asked, 'Does anybody ever read all of this?' Because it was so much information and I was told that only lawyers do," she said.

Jefferson ultimately reached a settlement with Lawrence Kia in exchange for signing a waiver stating she wouldn't file a lawsuit against the dealership.

Longtime criminal defense attorney and former prosecutor James Spies advised consumers buying a car or truck not to be rushed.

He also recommended carefully reviewing documents before you sign them and also checking consumer online reviews of dealerships.

Spies said he believes the best way to prevent these types of cases from happening again is for federal authorities to firmly prosecute Lawrence Kia for what he believes is systemic fraud.

He believes a prosecution would send a message to other dealerships not to engage in this type of activity.

"If these loans go into default, consumers are hurt with their credit, the lenders are hurt by the loss that they suffer and the dealer is the one who comes out pretty," he said.

"I feel very bad for the people this happened to because I can tell you from being in the car business for 26 years, some of these deals go bad and they will go bad, the bank is going to be on them," Kavanaugh said.

41 Action News attempted to speak to Rajapaksha to ask him about his dealership's business practices.

The I-Team reached out to Rajapaksha multiple times through phone calls, email and a text message, but received no response.

When the I-Team eventually went to the dealership, Rajapaksha said, "I've got nothing to say to you" as he walked away, went into his office and closed the door.

While Rajapaksha declined to comment, his attorney emailed us a statement.

It says, in part, "Lawrence Kia has made every effort to reach out to customers who have or may have concerns about the information submitted to their lender."