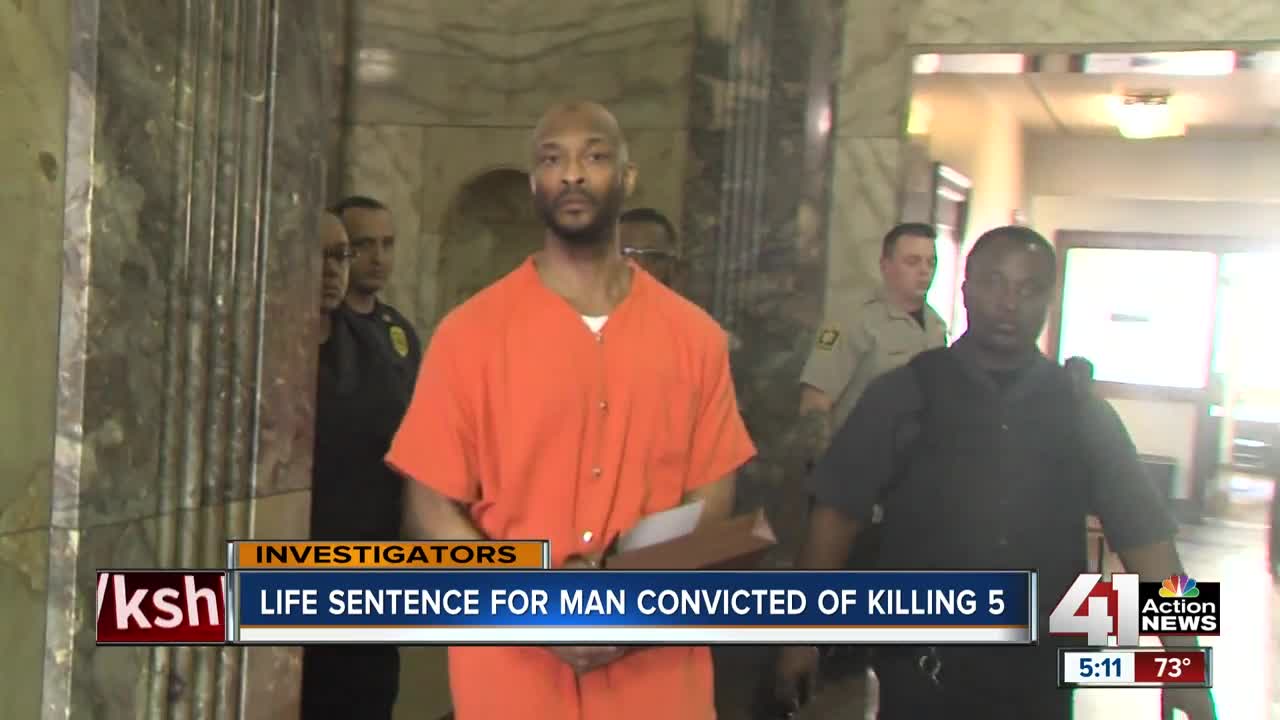 A man convicted of killing five Kansas City neighbors has been sentenced to spend the rest of his life in prison without the possibility of parole. A Jackson County judge gave Brandon Howell five consecutive life sentences without parole. 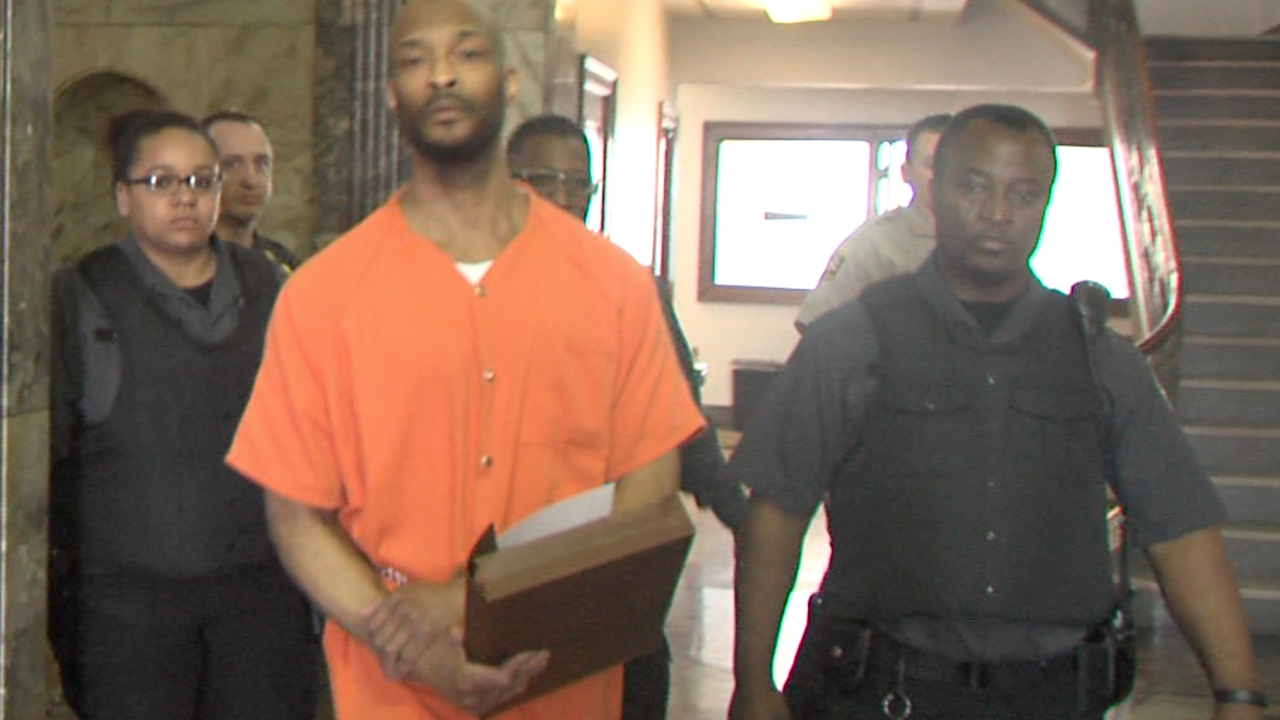 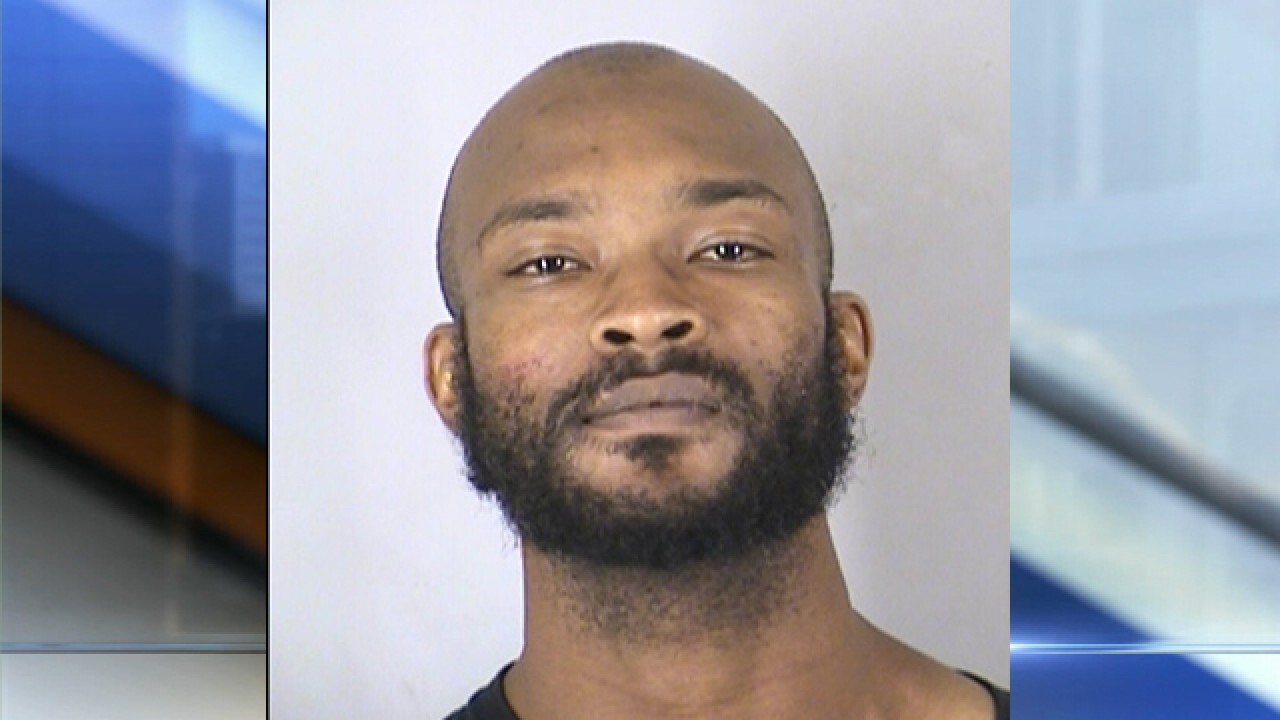 KANSAS CITY, Mo. — A man convicted of killing five Kansas City, Missouri, neighbors will spend the rest of his life in prison without the possibility of parole.

Howell, who turns 39 on Friday, was sentenced in front of a packed courtroom with seven law enforcement officers on standby

"I can't say today was a good day," said Kara Taylor, the granddaughter of two of the victims. "There's no good outcome here, but it's nice to have closure."

Taylor read a victim's impact statement in court about the slayings of her grandparents, George and Ann Taylor.

According to court testimony, Howell fatally beat the Taylors to steal the elderly couple's car. They died in the hospital after being taken off life support.

"They were the kindest, most gentle people and they truly cared about everyone in their community," Kara said.

Kathy Hurst also spoke in court about her husband, Darrell, and mother-in-law, Lorene.

Darrell had been on an errand to help Lorene get a light bulb when Howell shot and killed them.

"He was just wonderful," Kathy said. "He was a good man, a good father, good husband. He didn't deserve to die and his mother, she was an angel. It's very difficult. I mean, it's changed my daughter and my two little grandkids. I will never marry again. I mean, I'd love to be married, but no one could ever stand up to my husband."

Ronald Sandhaus is the lone surviving member of his family after Howell shot and killed his sister, Susan Choucroun.

Ironically, Sandhaus said in his victim's statement that Susan, a lifelong teacher, had spent her last years volunteering to help people like Howell.

Howell also spoke during Thursday's sentencing, painting himself as the victim because he wasn't allowed to testify in his own defense.

"It doesn't mean anything," Hurst said. "It's just his craziness talking."

Howell previously had served prison time for a 2000 conviction for kidnapping, assault, robbery and cruelty to animals.

He was also accused of the 1998 murders of two Shawnee teenagers, but ultimately was acquitted in 2009 of those crimes

"This man is a beast," Hurst said. "He should've been put away a long time ago and he wasn't."

Howell was given a form in court he could fill out if he believes there were mistakes made at his trial. He has 180 days to fill out that report, potentially paving the way for an appeal after being convicted on 11 charges, including the five counts of murder.

One of those charges was misdemeanor stealing for which Howell received a year prison sentence.

The prosecutor argued it could've been Howell's only charge if he had stolen the car and left. Instead, he decided to kill five potential witnesses.