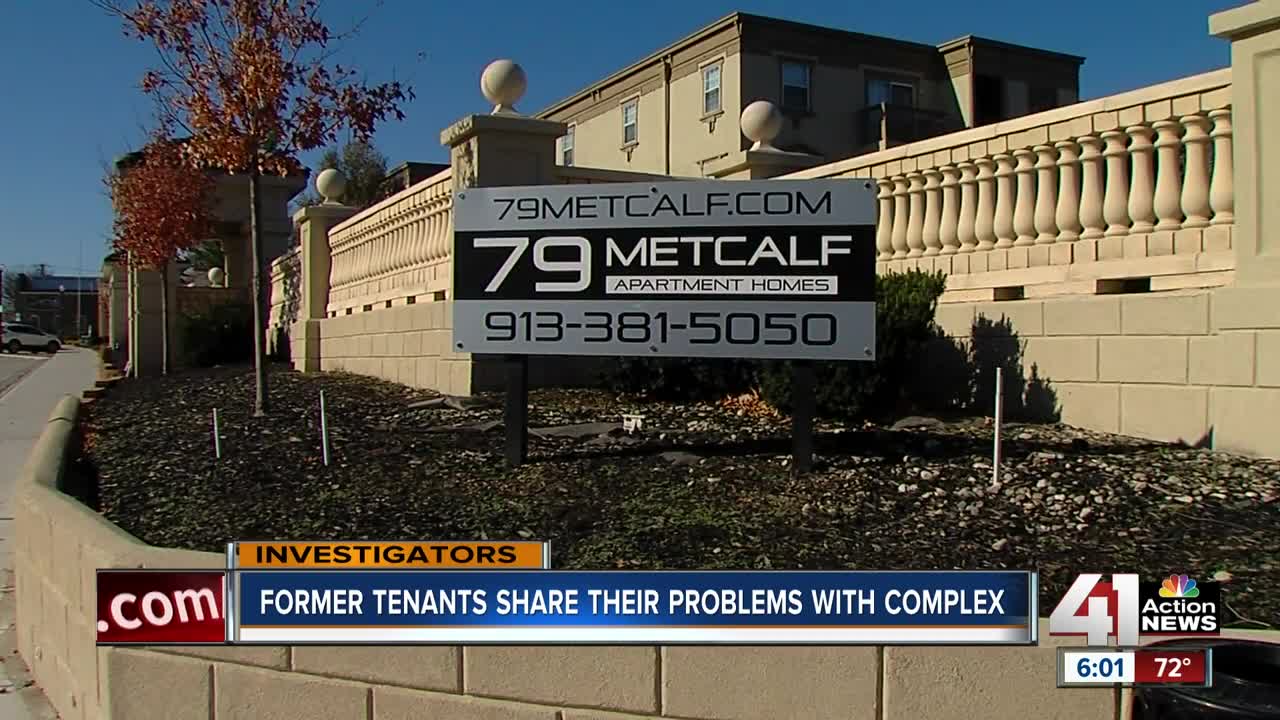 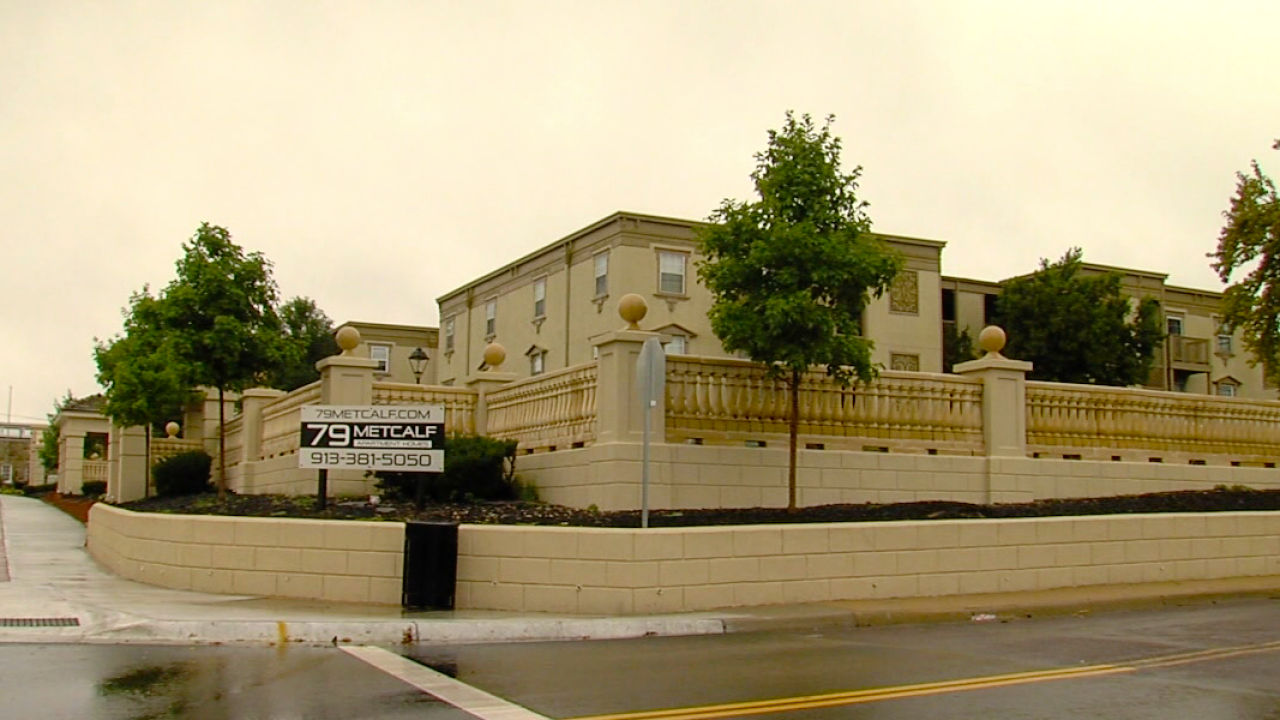 New complaints — ranging from physical abuse, threats and an attempt to get kickbacks on towed cars — are among new claims made against the owners and operators of an Overland Park apartment complex.

Following an exclusive story Tuesday from the 41 Action News Investigators about widespread and long-standing problems at the 79 Metcalf Apartments in Overland Park, more former tenants, employees and the manager of a tow truck company were among the people to reach out with new information about their experiences.

"This is just coming into my kitchen," Hope Hsu said on a video she recorded in December showing a cockroach on her kitchen countertop after the apartment had allegedly been sprayed for pest control.

Hsu only lived in the apartment for a month before moving out.

She said she left a loaf of bread on that same countertop on day and returned home from work to find about 30 roaches on it.

After having a problem with no air conditioning and cockroaches, he too moved out.

Curious, he checked a vacant apartment next door, which was open to see what kind of shape it was in before moving out.

"I walk in and see tons of roaches all over the walls," Shepherd said. "I realized where my problem was coming from, so I walk into the vacant kitchen and I opened the kitchen closet door and I'm not exaggerating there were thousands of roaches covering the closet. It looked like a scene from a horror movie."

Kevin Larson, who said he lived at the complex in 2015, remembered being outside where children were playing when he saw a Bentley speeding by.

He yelled at the driver to slow down when he nearly hit a child. Larson says the driver jumped out his car and asked if Larson knew who he was.

Larson said he didn't care who he was, but that he needed him to slow down. The man then identified himself as the the owner of the complex, Nevin Dewar, and shoved Larson hard enough that he fell to the ground.

A witness called the Overland Park Police Department, which sent an officer to review surveillance video from the complex.

"The first words out of the officer's mouth was, 'Do you want to press charges?,'" Larson said.

Larson declined, but he said Dewar retaliated anyway and told Larson to leave the complex.

"I'm the owner and you're out," Larson remembered Dewar telling him. "You're out right now. Tonight you're evicted. Get out of here right now. You need to be gone by tomorrow."

Larson said he and his wife were evicted the next day. Court records show the eviction case against the Larsons was dismissed in November 2015.

That wasn't the only incident of aggressive driving that led to an encounter with police.

Sue Chambers was a building inspector for the city of Overland Park's Building Safety Department until the end of 2018.

She recalled an incident several years ago when Dewar nearly ran her over while she was walking at the apartment complex. Dewar blocked her vehicle with his car so she couldn't leave during that incident and Overland Park police had to intervene.

"I was scared," Chambers said. "It was a clear attempt to intimidate me."

Chambers said after that incident she had a police escort every time she returned to inspect the apartment complex, where she found numerous problems that included drywall so badly water damaged she asked her supervisor to conduct an environmental test — a request that was denied.

The manager of a tow truck company, who didn't wish to be identified, also claimed that company stopped doing business at the complex when management demanded a $50 kickback for each car towed.

The tow company manager said the complex didn't have proper signage for towing and complex management preyed on Section 8 tenants who didn't have the right stickers, having their vehicles towed because they knew those residents didn't have any money to get them returned.

The 41 Action News Investigators confirmed that the Olathe Housing Authority pulled its certification for Section 8 clients a few years ago at a complex the Dewars used to own called the Villas of Mur-Len due to ongoing problems there.

Jerome Franks, a spokesman for the Johnson County Housing Authority, said about eight to 10 Section 8 clients currently live at the 79 Metcalf Apartments, because they likely have nowhere else to go because they are poor and have other issues.

Franks said the Authority did a full inspection of units for those clients last year and repairs were made as a result, but the Authority is not currently allowing additional clients to move to 79 Metcalf.

He said the Authority is in ongoing negotiations with the Dewars about a future relationship with the complex. The 41 Action News Investigators reached out to the Dewars' attorney, Steve Mirakian, for comment on the new developments, but there was no response.

Mirakian wrote April 25 that "it is an undisputed fact that my client has spent millions of dollars renovating the complex since acquisition a few years ago. The aesthetic appearance of Metcalf 79 is in keeping with what one would expect for a large apartment complex located near old Overland Park and with the new construction and development that is ongoing. Over many years, my client has provided low to middle income affordable housing for thousands of tenants and continues to do so in Overland Park and elsewhere."