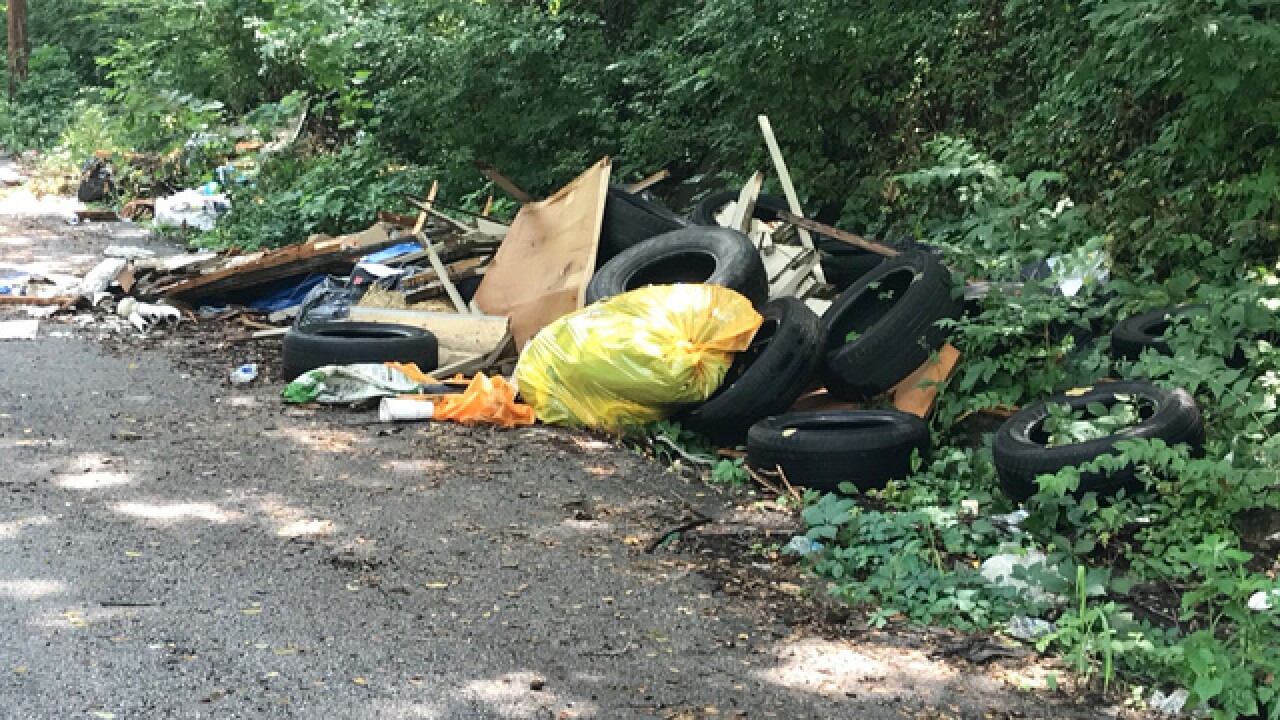 Copyright 2018 Scripps Media, Inc. All rights reserved. This material may not be published, broadcast, rewritten, or redistributed.
Cat Reid - 41 Action News
<p>Trash and tires left on the side of the road near 22nd Terrace and Vine in Kansas City, Missouri. KCMO is working to curb the illegal dumping. </p>

KANSAS CITY, Mo. — The city of Kansas City is working to curb illegal dumping with help from residents and a new hotline.

Residents can now help fight illegal dumping by calling the city’s new hotline: 816-513-DUMP (3867). According to a release from the city, the tips shared for investigators on the hotline will be confidential.

“The 513-DUMP hotline allows residents to assist us in cleaning up their neighborhoods,” Forest Decker, assistant manager of the city’s Solid Waste Division, said in a release. “The citizens of Kansas City are our very best allies in keeping the city clean.”

The city has had consistent illegal dumping problems in the KC area. A man is accused of illegally dumping items near 22nd Terrace and Vine at least three times, and earlier this year someone left a dead deer in that same area. In January, a USPS worker lost their job after illegally dumping loads of mail off the side of the road near 45th and Garfield.

The 513-DUMP hotline should only be used to report illegal dumping activities. Anyone with other trash-related concerns or issues regarding city services still needs to call 3-1-1.