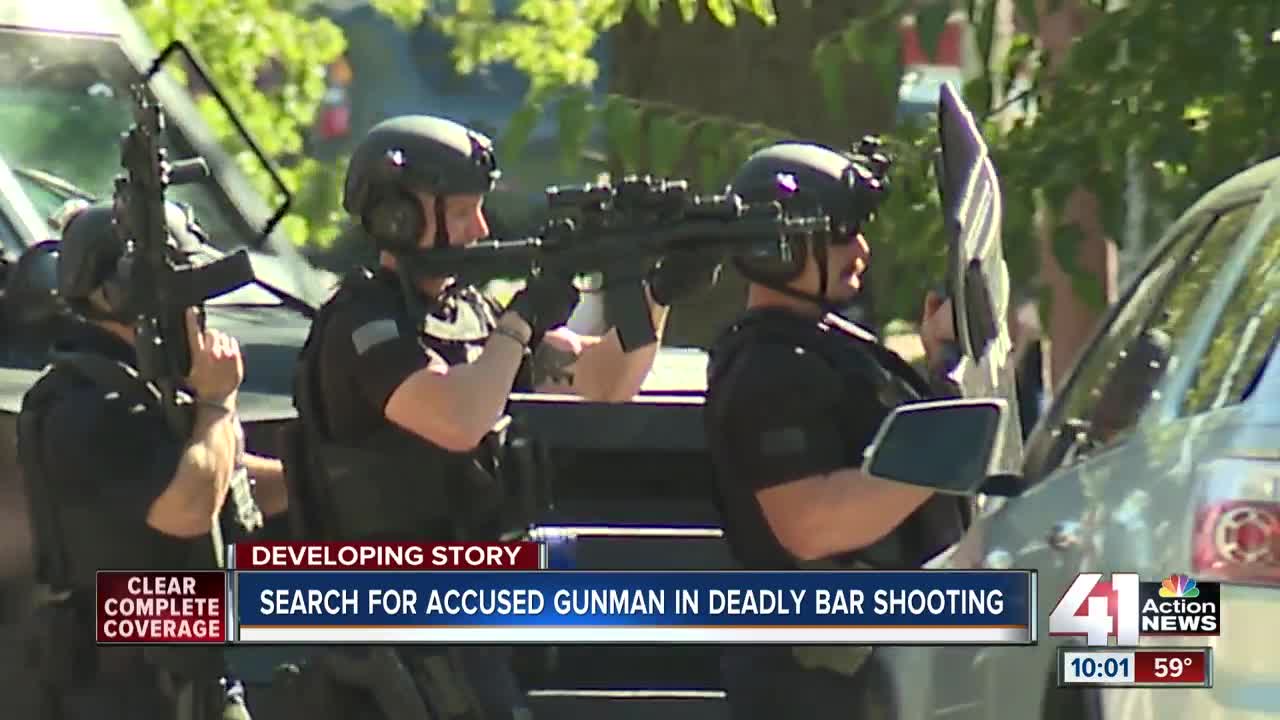 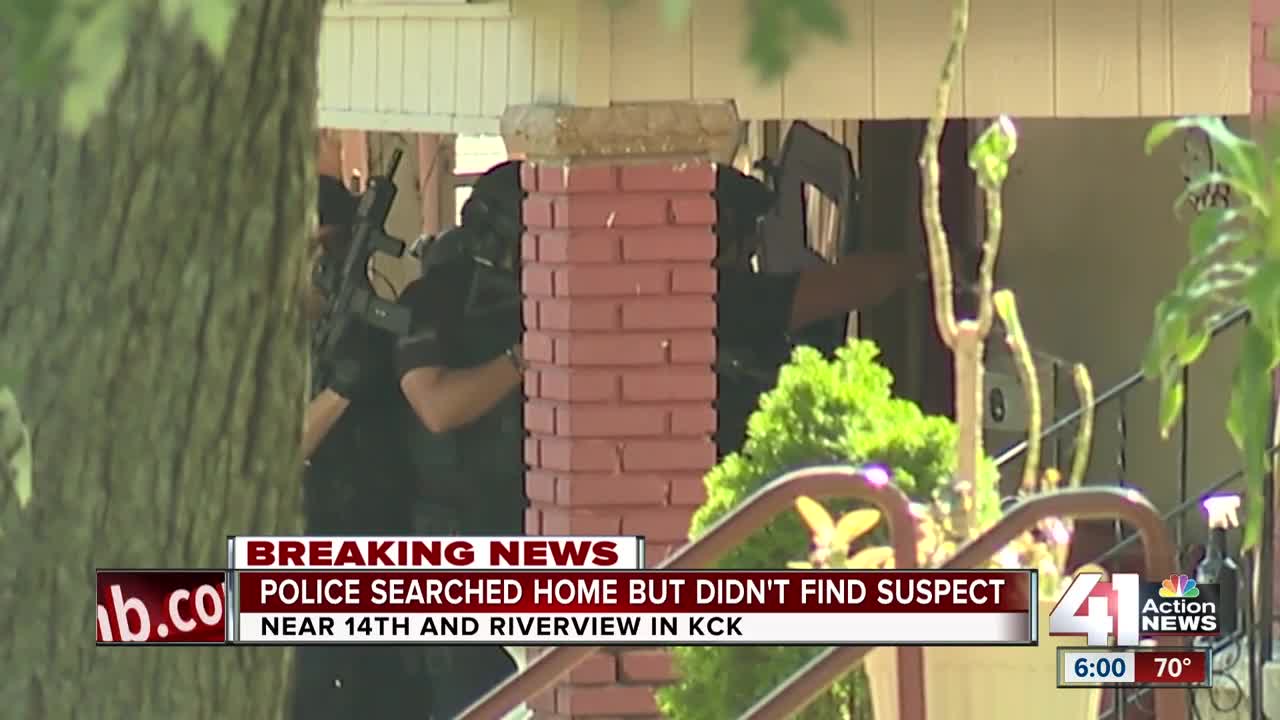 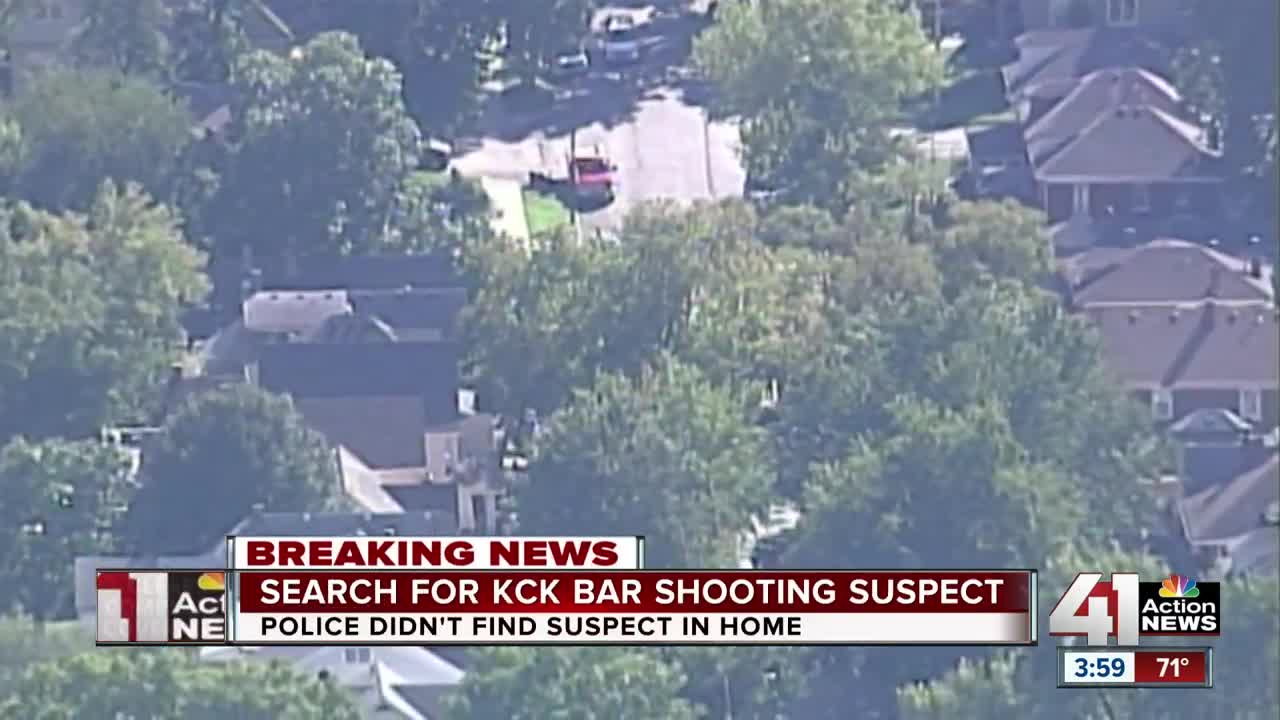 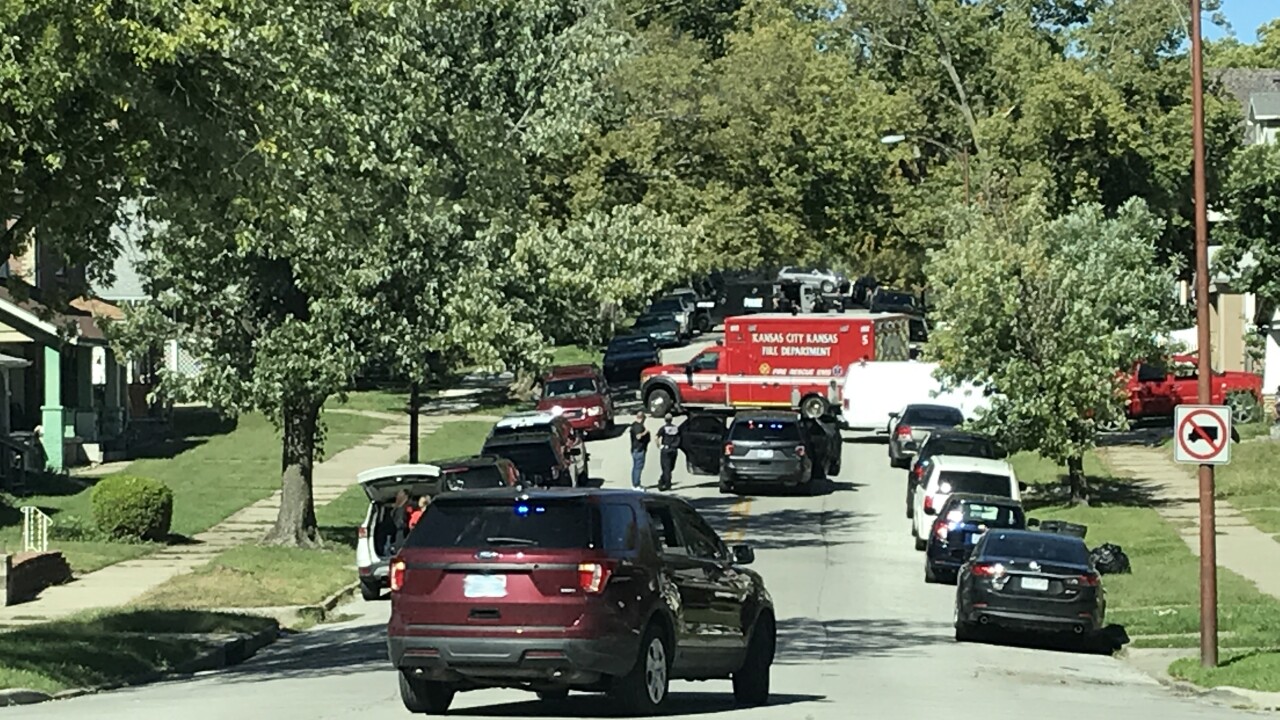 The manhunt for Hugo Villanueva-Morales, 29, which has been ongoing since late Sunday, will continue after police searched a duplex in the 200 block of North 14th Street KCK twice and a home on the southeast corner near North Valley Street Reynolds Avenue without locating him.

Police surrounded the home shortly after 2 p.m. after receiving a tip that Villanueva-Morales might be there.

An eyewitness said police removed a child from the building before police entered. But after two searches by members of the KCKPD Special Operations Unit, police said the second suspect wasn't at the location.

The search nonetheless had the neighborhood on edge.

"I came outside I saw my neighbors just like they are right now and I was like, 'Why are they outside?' and I looked up the street and there was a SWAT team truck up there," Daniel Aguilar Parra, who live on the block, said. "I was like, 'Oh my goodness, what’s going on?' and I started piecing it all together. I think they’ve gotten good leads and hope it leads to them capturing the suspect."

One of the five people who was shot but survived the shooting, Michael Barajas, also showed up at the scene: "I feel like he got away. I figured he had already got away. You just take a couple of steps back."

Villanueva-Morales is considered armed and dangerous. He fled the shooting, which also injured five other people around 1:30 a.m. Sunday at Tequila KC near 10th Street and Central Avenue in KCK.

The other suspect, 23-year-old Javier Alatorre, was arrested on Sunday in Kansas City, Missouri. He signed an extradition waiver in Jackson County, allowing him to be transported to Wyandotte County, in court on Tuesday morning.

Both men were charged in Wyandotte County with four counts of first-degree murder and bond was set at $1 million each.

KCKPD Public Information Officer Jonathon Westbrook said the department’s Special Operations Unit was sent to the home after receiving a tip that the second suspect in the Tequila KC shooting may be there.

Police do not have confirmation that Villanueva-Morales is at the residence.

Westbrook said several nearby homes were evacuated “in the event that something goes wrong.”

"They took me out the front door with the shields up and got me into my car," a neighbor who lives next door and asked not to be identified said.

Several other adults at the residence were removed from the home, according to police, but it’s unclear what connection they may have with Villanueva-Morales.

KCKPD said the residence does not belong to Villanueva-Morales. They have not given any indication why the manhunt focused on the home.

Police surrounded a second home near North Valley Street and Reynolds Avenue, where Villanueva-Morales has been known to frequent.

Westbrook said he’s “not aware of any of that information at this point” when asked about possible gang affiliation for Villanueva-Morales and Alatorre.

“I do know that they have some criminal history and criminal background,” Westbrook said. “To what extent and everything that they’ve been involved with, I really can’t speak to.”

He said the public has provided a few tips and appreciates the assistance from the community.

“Continue to give us that information, if you’ve got it,” Westbrook said.

KCK Interim Police Chief Michael York said Monday that one of the men, whom a Tequila KC bartender identified as Villanueva-Morales, was involved in a disturbance and kicked out of the bar about two hours before the deadly shooting. Officers responded to the disturbance call, but the suspect had left by the time they arrived.

He returned with Alatorre shortly before 1:30 a.m. and opened fire inside the bar, killing Alfredo Calderon, 29; Ebar Meza-Aguirre, 29; Francisco Anaya-Garcia, 34; and Martin Rodriguez-Gonzalez, 58.

Five other victims were found outside the bar with gunshot wounds. They were reported to be in stable condition, and at least two had been released from the hospital.

Villanueva-Morales has a previous criminal history. He was released from prison in March 2019 after serving several years for attempted robbery charges. In August, he was arrested again after he allegedly attacked an off-duty Jackson County, Missouri, deputy outside a nightclub. He was due to appear in court later this month.