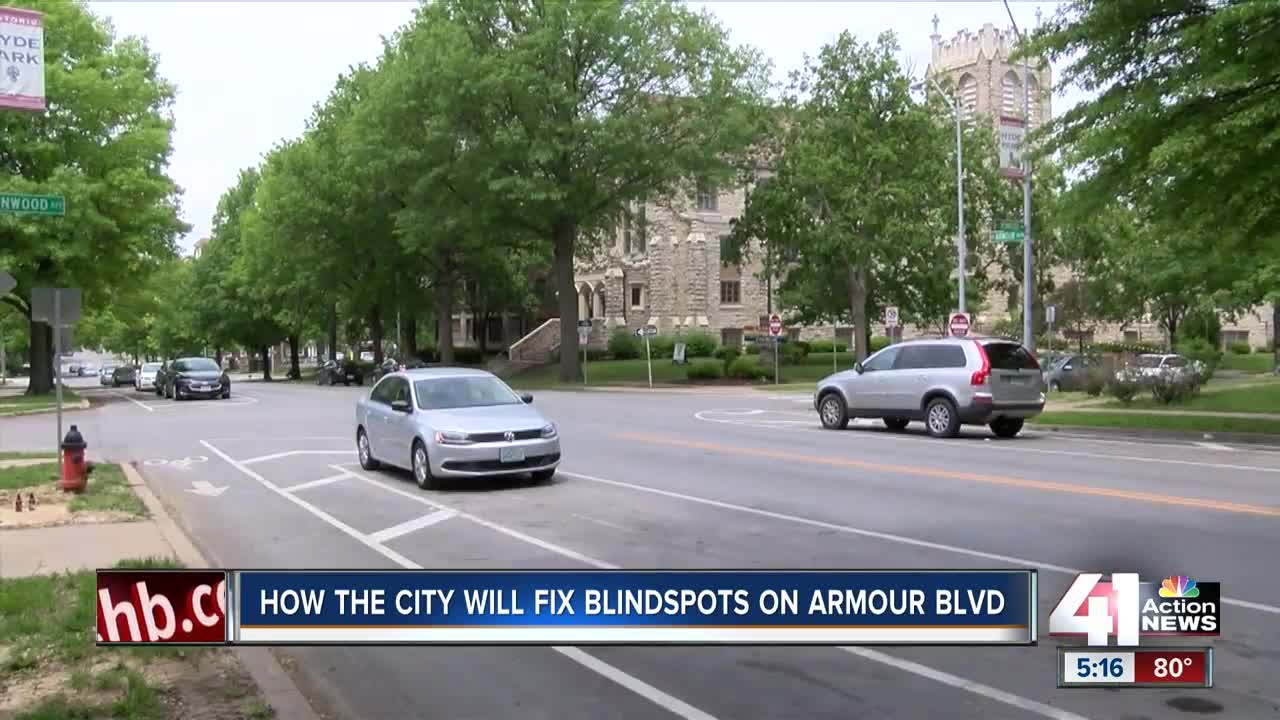 The city explains how it will fix blindspots on Armour Boulevard after an injury crash. 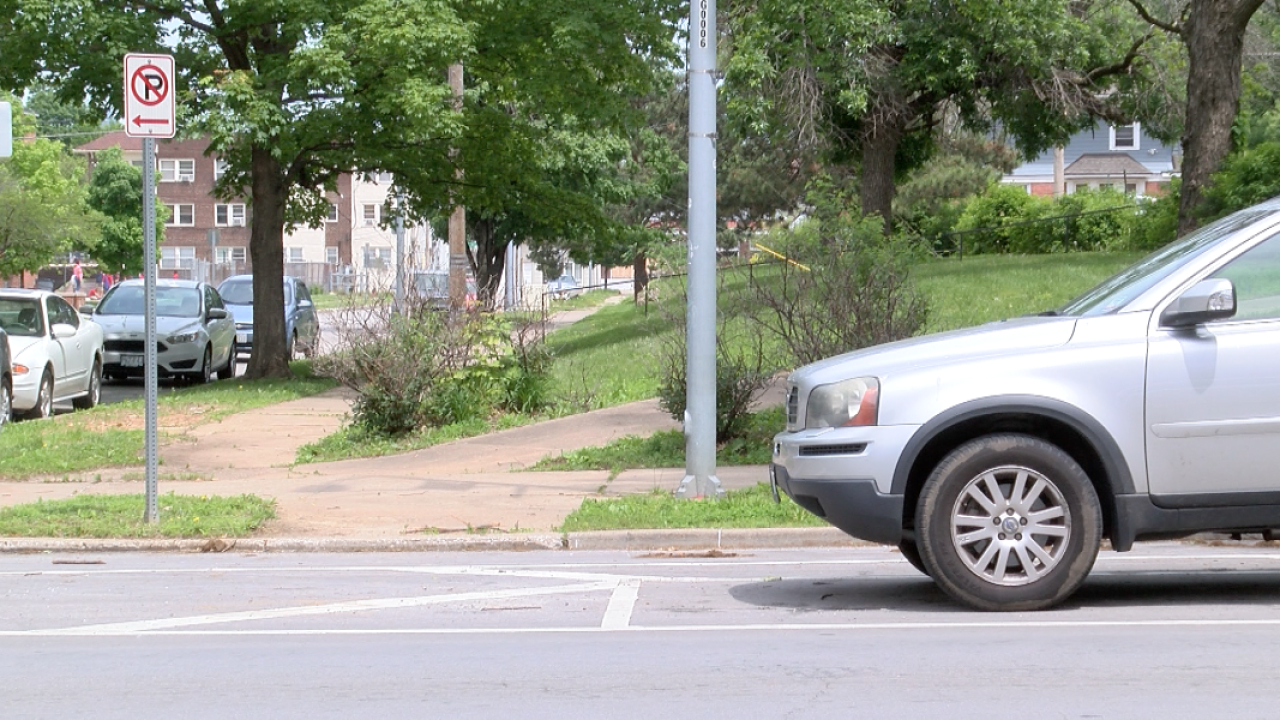 KANSAS CITY, Mo. — Kansas City, Missouri, is reworking a dangerous area due to blind spots on the roadway.

Robert Ingraham told 41 Action News that his daughter's SUV might have saved her life after she was hit at Armour Boulevard and Central Street Saturday afternoon.

"The officer that worked the accident scene told her that he used to work fatalities and said had she not been driving that (Chevrolet) Suburban, she would have been dead," Ingraham said Wednesday.

Ingraham said his daughter was going south on Central Street when another driver traveling on Armour Boulevard T-boned her. The impact flipped her vehicle.

"It's the lack of visibility since they put the bike lanes in,” Ingraham said. “What they need to do is they need to move the ‘no parking’ signs in so that people aren't parked up to the intersection.”

That was the plan the city outlined earlier this year. But those modifications first had to be reviewed by the Parks and Recreation Department.

Now that the parks department has given the go-ahead, the Public Works Department plans to launch a pilot program at Armour Boulevard and Kenwood Avenue.

"We'll implement somethings to help address more parking, both in the protected bike lanes as well as too close to the corner," said Sherri McIntyre, director of KCMO Public Works.

McIntyre said each corner will lose a parking spot. She expects the changes to happen within the month.

"I know that there's some frustrations with the people coming up to the stops, but again, it's an educational point,” McIntyre said. “You can proceed toward the parked cars, but you had to do that before.”

Those who live in the neighborhood are hopeful the changes will come soon.

"I'm glad that they're increasing visibility because we need that. It's so difficult when you have them blocking your way to be able to see, and it's hard for us even when we're walking to be able to see past that," said Julie Estep, a Hyde Park resident.

Additionally, the Public Works Department is considering a recommendation to lower the posted speed limit from 35 to 30 mph.

"It's not a design flaw completely. There's things that we are needing to work on that will improve the system as a whole," McIntyre said.

The city said it is moving toward a solution to protect drivers, cyclists and pedestrians.

"I would just like to see it taken care of so that no one gets hurt on that corner," Ingraham said.

41 Action News has followed this project for more than a year. Last August, we discovered several 311 complaints in the area. People reported the new parking changes and bike lanes along Amour Boulevard were causing near-misses and crashes.