Thousands still without power in Kansas City days after snowstorm 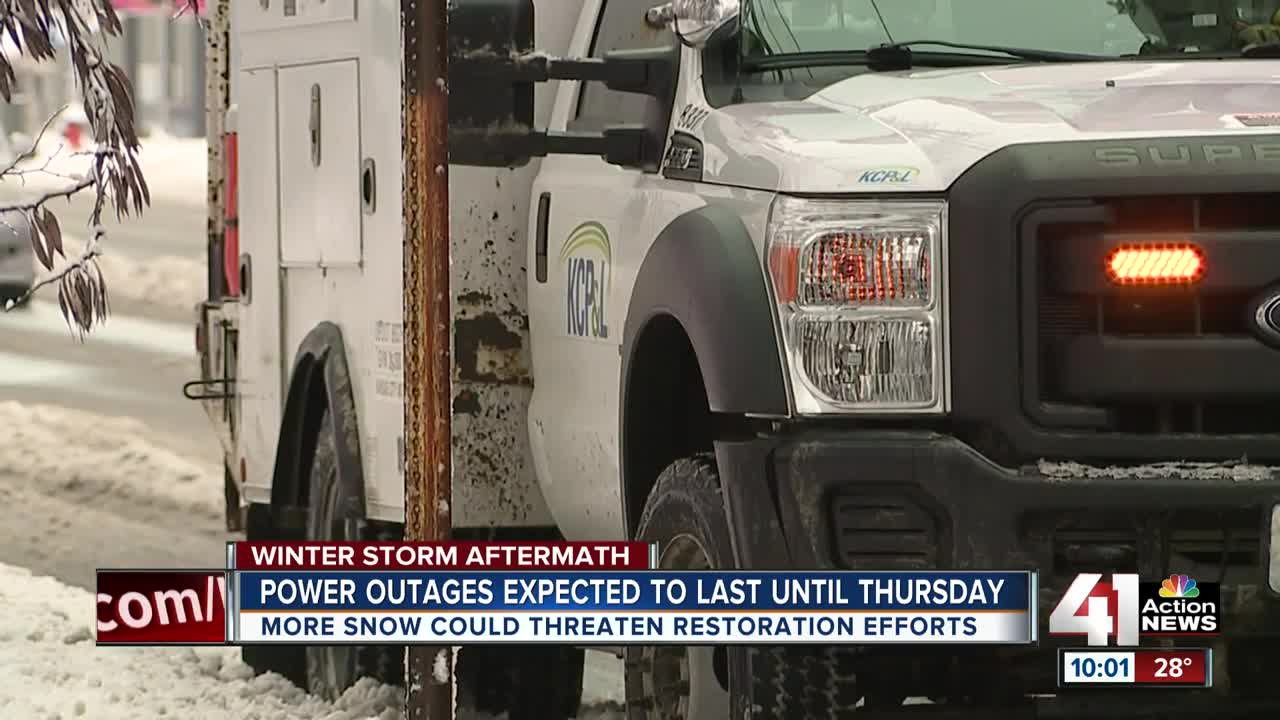 Thousands of people across the Kansas City metro were still without power into Monday night as crews worked around the clock to restore it. 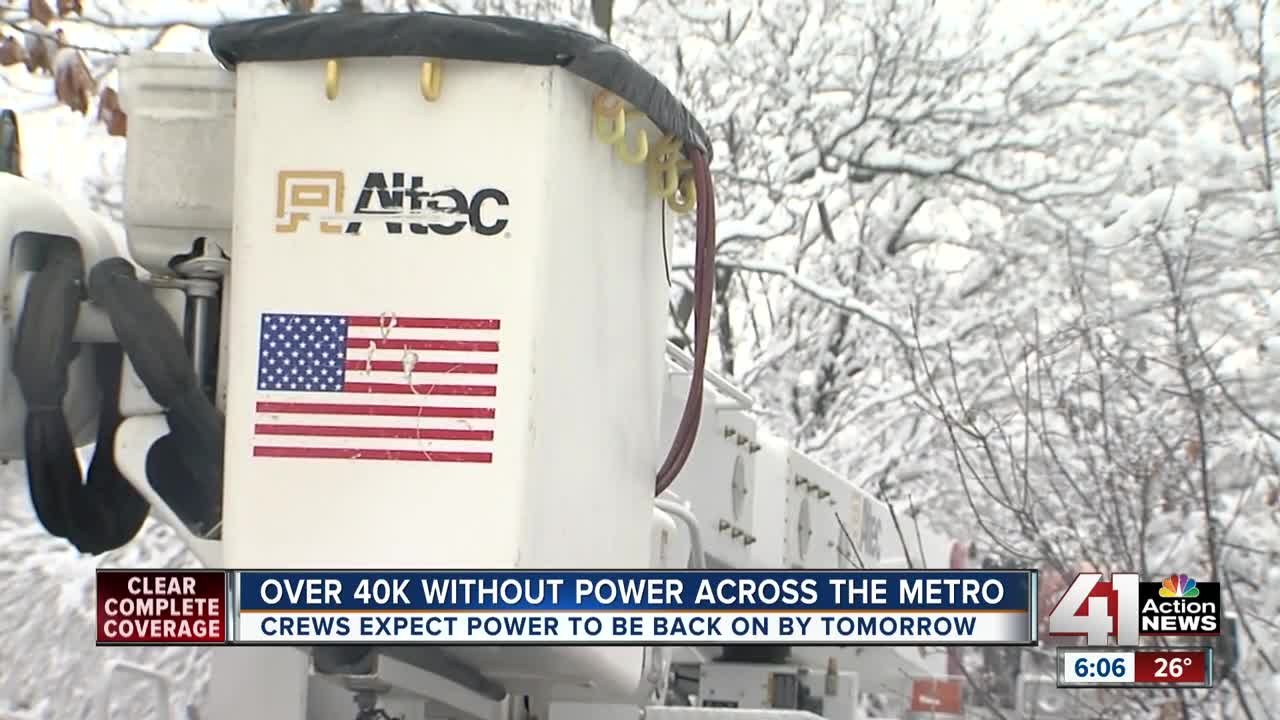 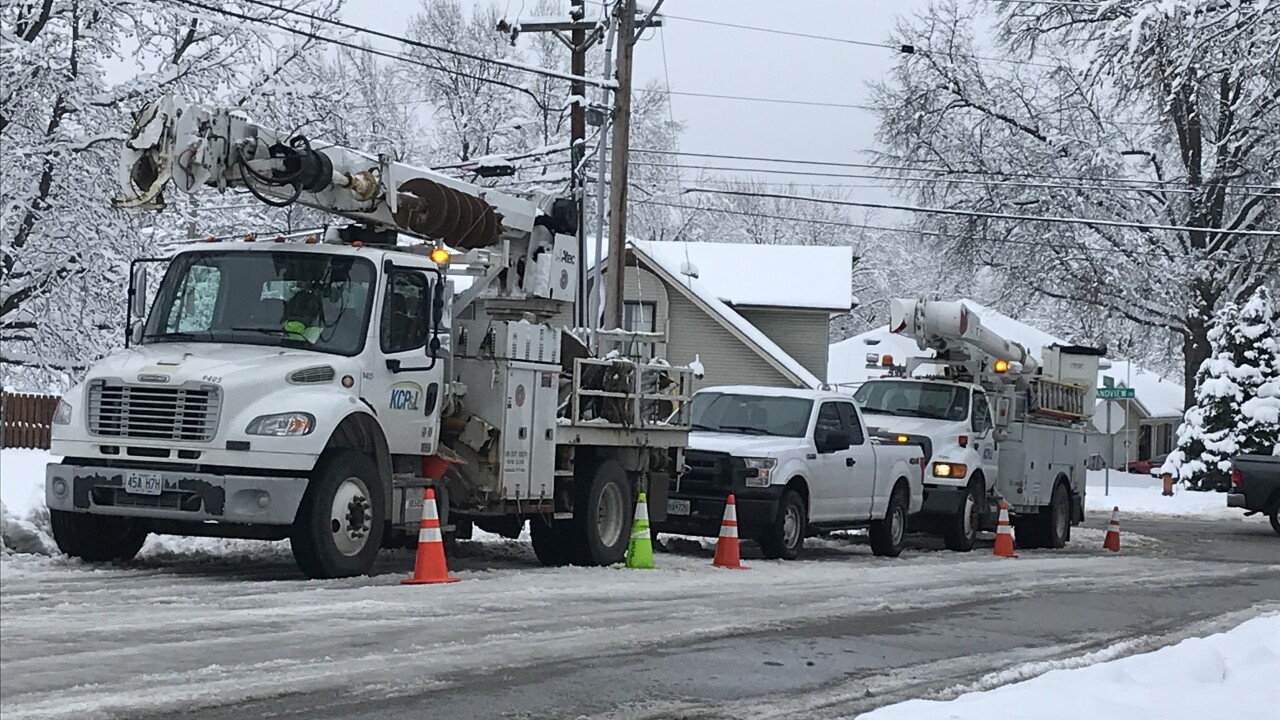 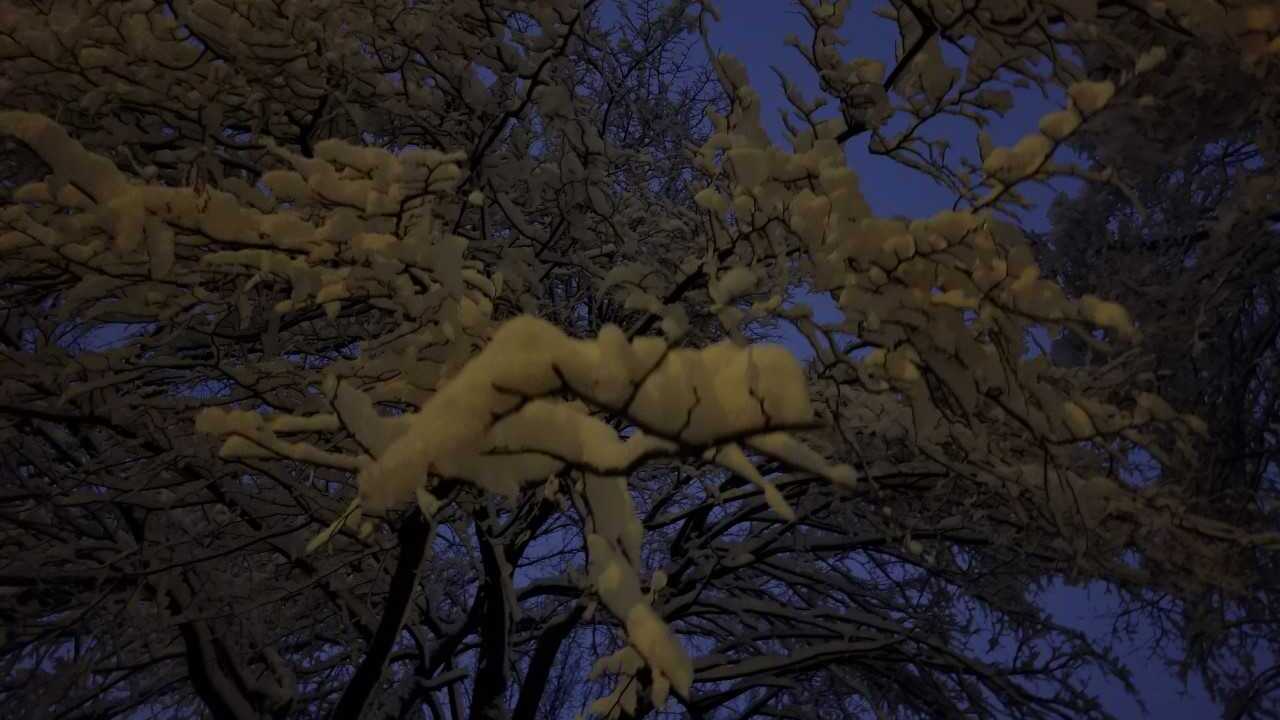 On Monday, KCP&L said that power might not be restored in some areas until Thursday.

The company had around 2,000 crew members working to restore power.

ORIGINAL | Thousands of people across the Kansas City metro were still without power into Monday night as crews worked around the clock to restore it.

Downed limbs and power lines took a toll on thousands of homes during this weekend's storm. At the height of the snowstorm, more than 110,000 Kansas City Power and Light customers lost power.

By Monday, KCP&L crews had reduced that number by more than half. Around 7 p.m., more than 23,000 customers were still without power.

KCP&L Spokeswoman Katie McDonald said the southern part of the metro was hit the hardest by the storm, and it might be Thursday before all customers have their power restored.

"We haven't seen this kind of damage in decade," McDonald said of Winter Storm Gia.

The company said it had nearly 1,500 linemen, tree trimmers and engineers working to restore power.

Wet, heavy snow was blamed for weighing down power lines and tree limbs.

KCP&L added a lot of the damage they're seeing involves lines that connect from the power poles to customers’ homes, which means repairs only restore power to a few houses at a time.

The company is tracking two potential weather changes that could complicate the situation. Refreeze, plus sleet and snow in the forecast are immediate concerns.

"It will slow down crews. Black ice we have to be very careful of when we're on the roads. Traditionally with black ice we'll see car accidents that will increase outages if cars are hitting poles," McDonald said.

Once the weather warms up, melting snow will present another problem. According to KCP&L, there will be more outages as power lines bounce back up into place.