Gratitude for recovery of 2 girls during Amber Alert 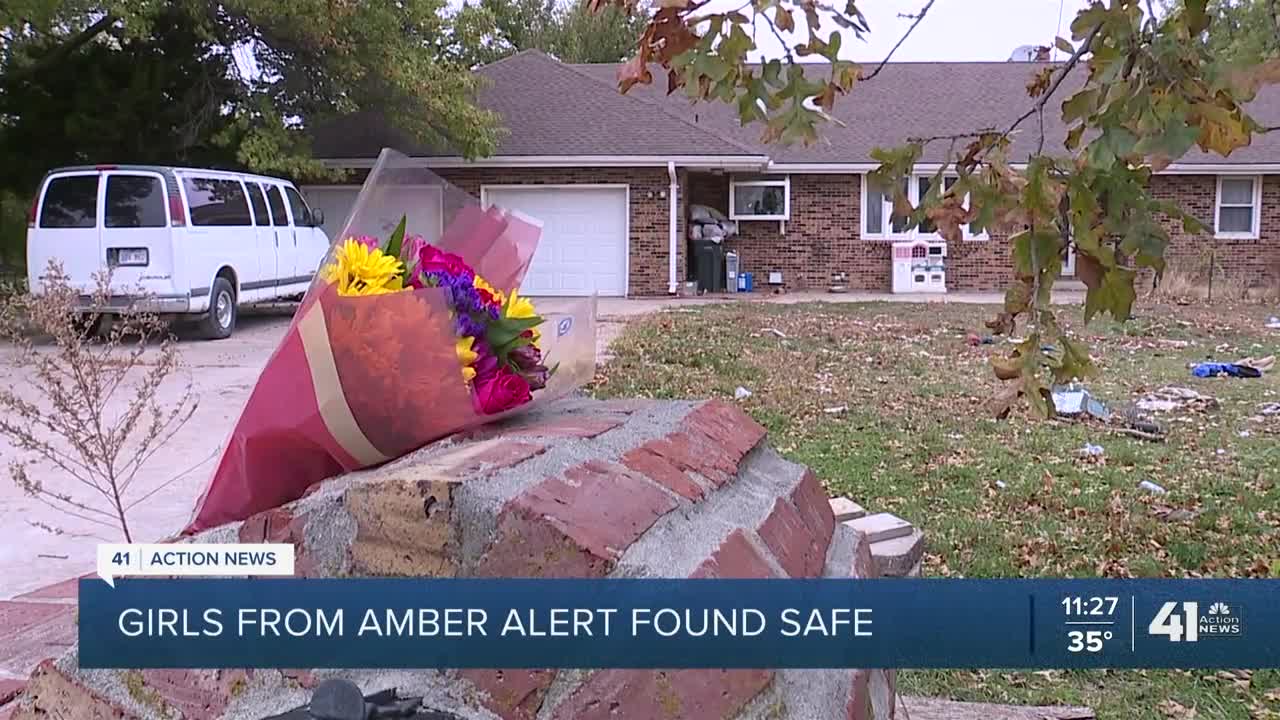 It was a somber scene outside the Donny Jackson’s house in Leavenworth, where law enforcement accused him of killing his two sons ages 14 and 12 on Saturday. Authorities said Jackson then took his two daughters, which prompted in a multi-state Amber Alert. 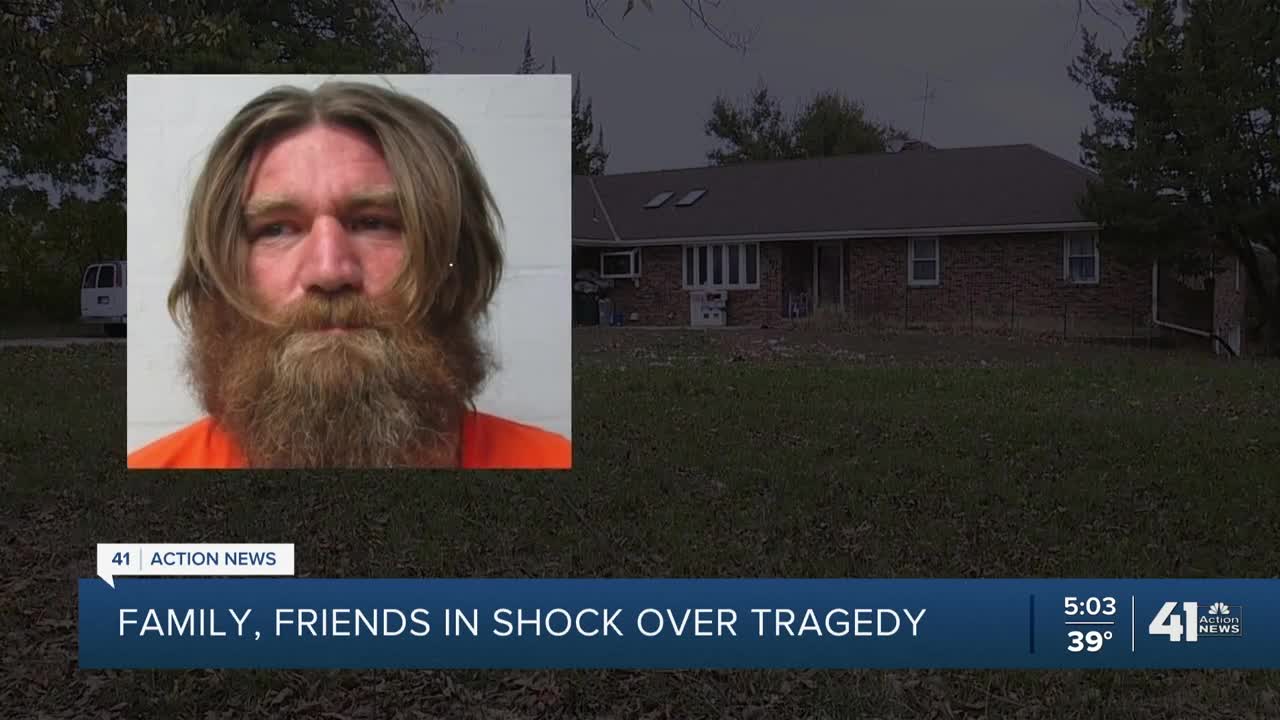 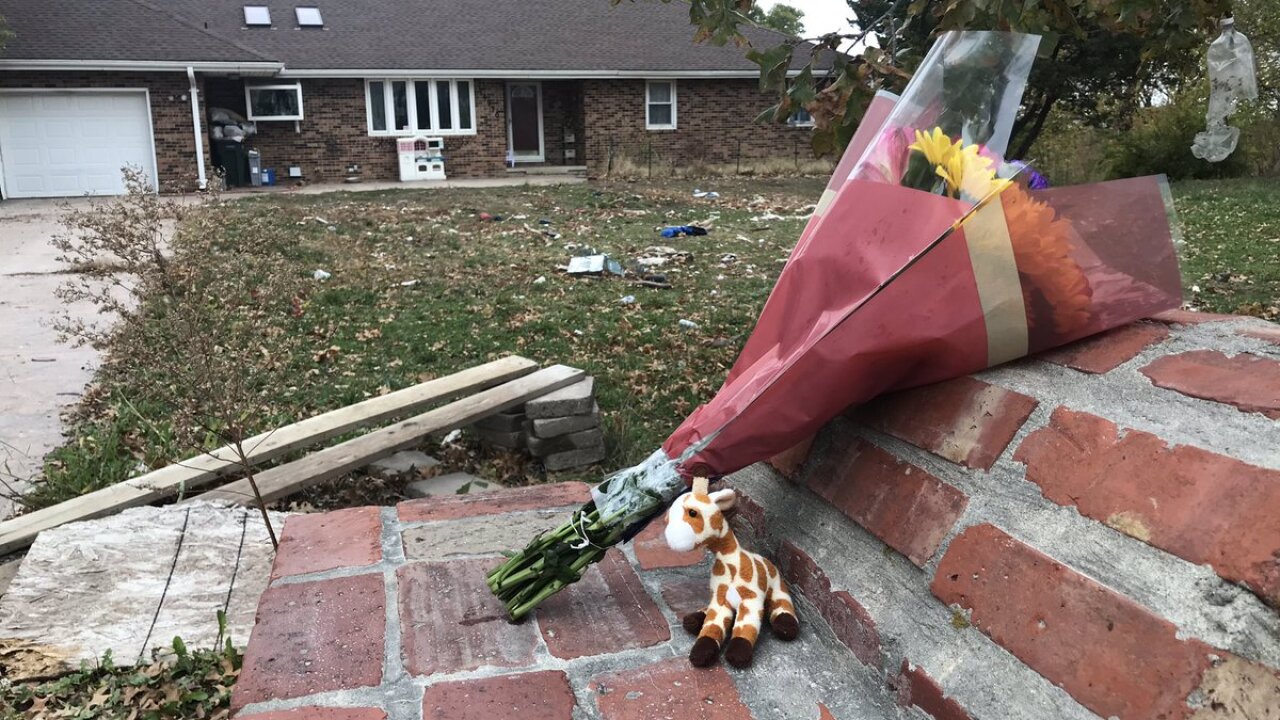 LEAVENWORTH, Kan. — It was a somber scene outside the Donny Jackson’s house in Leavenworth, where law enforcement accused him of killing his two sons ages 14 and 12 on Saturday.

Authorities said Jackson then left his home on Hillside Road and took his two daughters, ages Aven, 3, and Nora, 7, which prompted in a multi-state Amber Alert.

Jackson and the girls were located safe Saturday night near the Oklahoma-Texas border in Beckham County.

The Beckham County Sheriff's Office said in a statement on its Facebook page that its dispatchers received a 911 call just before 7 p.m. Saturday alerting them that Donny Jackson's vehicle had been seen at a truck stop near Sayre, Oklahoma.

Several agencies worked to intercept the vehicle, according to the sheriff's office, and then dispatch received a second 911 call stating that the vehicle was in "far western Beckham County."

“Our dispatcher working the call was determined that the vehicle wasn’t going to slip away,” Sheriff Derek Manning said in the statement. “Along with keeping our deputies and troopers updated on the information, she called officers at the Port of Entry office, which is located just inside the state line, knowing they would be in a good position. She also notified Wheeler County, Texas, in case we weren’t able to intercept.”

Donny Jackson currently is being held in Oklahoma on a complaint of child abduction. He still faces an extradition hearing there before he would return to Kansas.

But back in Leavenworth, a family placed a bouquet of flowers and a stuffed giraffe on the mailbox at the home where the crime occurred.

41 Action News reached out to family and friends of those impacted by this tragedy but they declined to speak.

Neighbors said they are heartbroken and that the family did have some problems.

District court records 41 Action News obtained from Leavenworth County show Donald Jackson Jr. filed for divorce from the childrens’ mother, Tara Jackson, in August 2019. Legal proceedings have dragged on and at the most recent hearing last month Jackson's wife appeared through her attorney, he did not. The next hearing is scheduled for Nov. 12.

On Saturday, the undersheriff in Leavenworth, Major Jim Sherley, said such a loss is difficult for the Leavenworth community.

"In a case like this, of course it is difficult for an entire family, community and for law enforcement as well," Sherley said. "Any time a child is involved in a crime it amps up the feelings in regards -- all of our deputies are family members or parents themselves, so when something like this transpires it’s difficult on the first responders, the family and the community at large."

To help Tara Jackson, a friend of the family started a Go Fund Me page, which has raised more than $20,000 by Sunday afternoon.

It’s unclear when Donny Jackson will be extradited from Oklahoma to Leavenworth, but Sherley told 41 Action News it could be within the next few days as the case works its way through the justice system.

The Leavenworth prosecutor told 41 Action News charges have not yet been filed because their case still is under investigation.