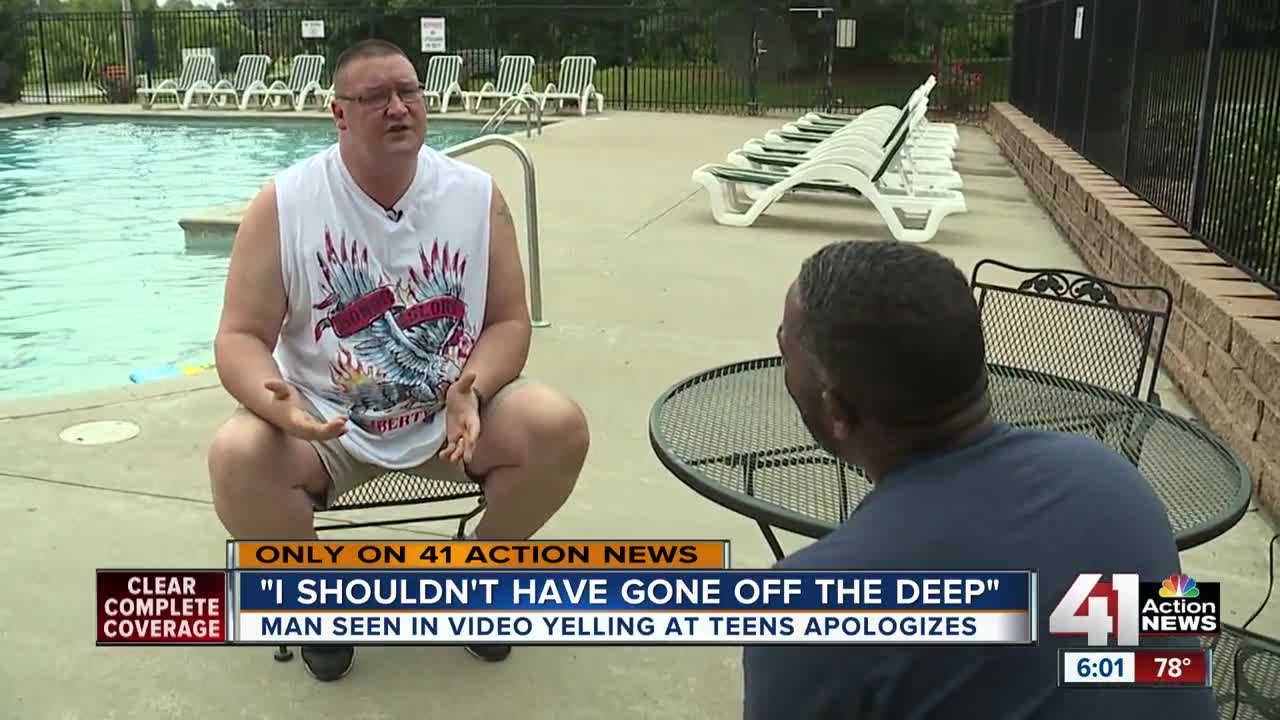 The man at the center of a viral video showing a profanity-laced rant at a Lee’s Summit pool says he just wants the chance to explain himself. 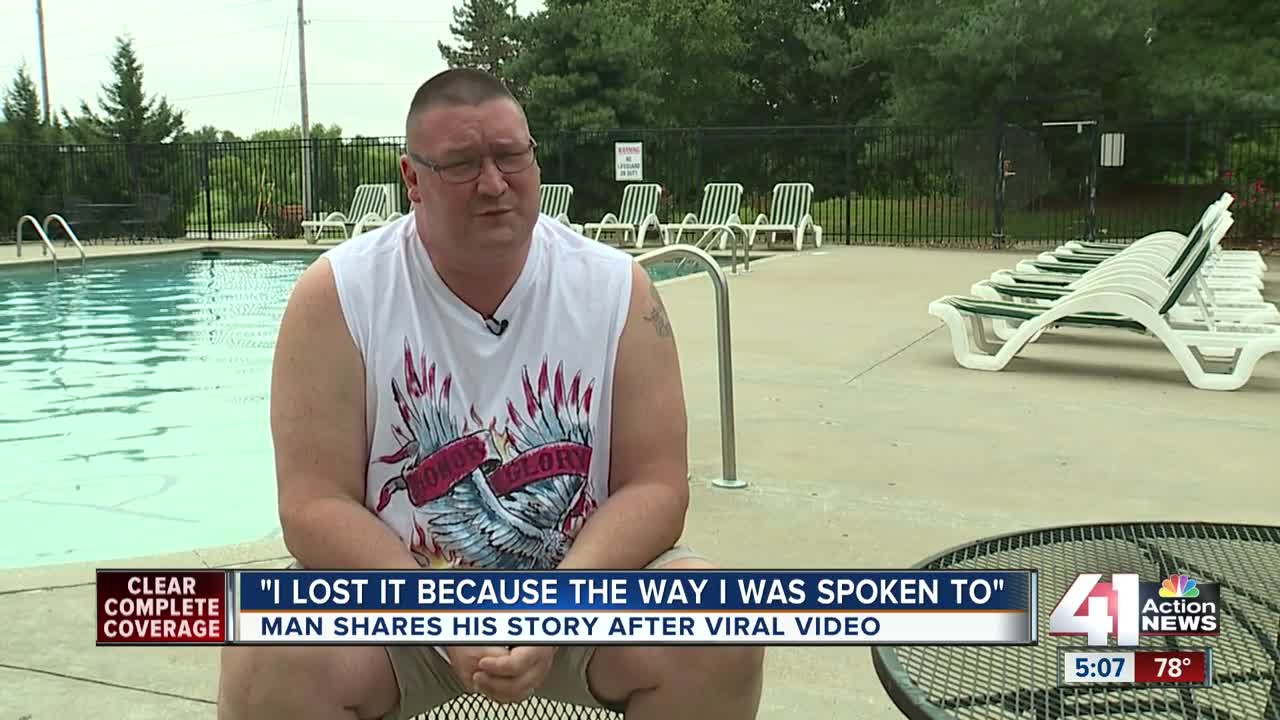 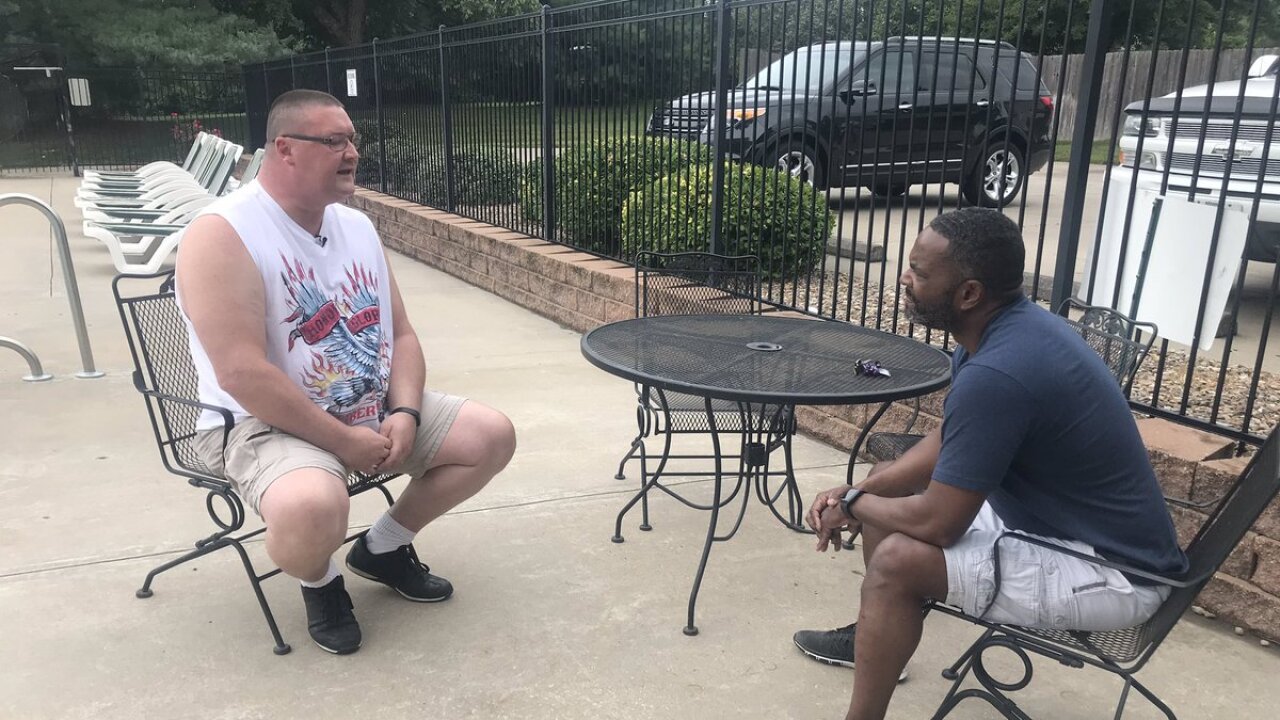 LEE'S SUMMIT, Mo. — The man at the center of a viral video showing a profanity-laced rant at a Lee’s Summit pool says he just wants the chance to explain himself.

"What I am so upset about is that he didn't get the full story," Bob “Bobby” Ross said Thursday, referring to the father interviewed by 41 Action News on Wednesday.

That man, Jeff Sallis, posted a video earlier this week showing his 18-year-old daughter and a group of her friends caught in the middle of an argument with Ross and another man.

The video showed the two men accusing the teenagers for a recent rash of vandalism. They also questioned whether the teens should even be at the neighborhood pool.

On Thursday, Ross apologized for his actions.

"I shouldn't have gone off the deep end like I did,” he said. “The language I used was inappropriate, and I apologized to all the kids, the other gentleman that was involved. I lost it because the way I was spoken to.”

While 41 Action News was speaking with Ross on Thursday, Sallis unexpectedly showed up at the pool, and the two men got into a heated argument.

"Excuse me, excuse me. This is my time," Ross said to Sallis.

Sallis again questioned the motive behind Ross’ accusations toward the teenagers.

"It had nothing to do with race,” Ross told the father. “So, you can take it to that direction if you want to. It wasn't that. It was me questioning kids that were hopping the pool fence and not supposed to be here.”

Eventually, the men both conceded that everyone makes mistakes, apologized and shook hands.

Ross said he has also agreed to apologize to Sallis’ daughter.