Local dog was found on Tuesday tied to a pole 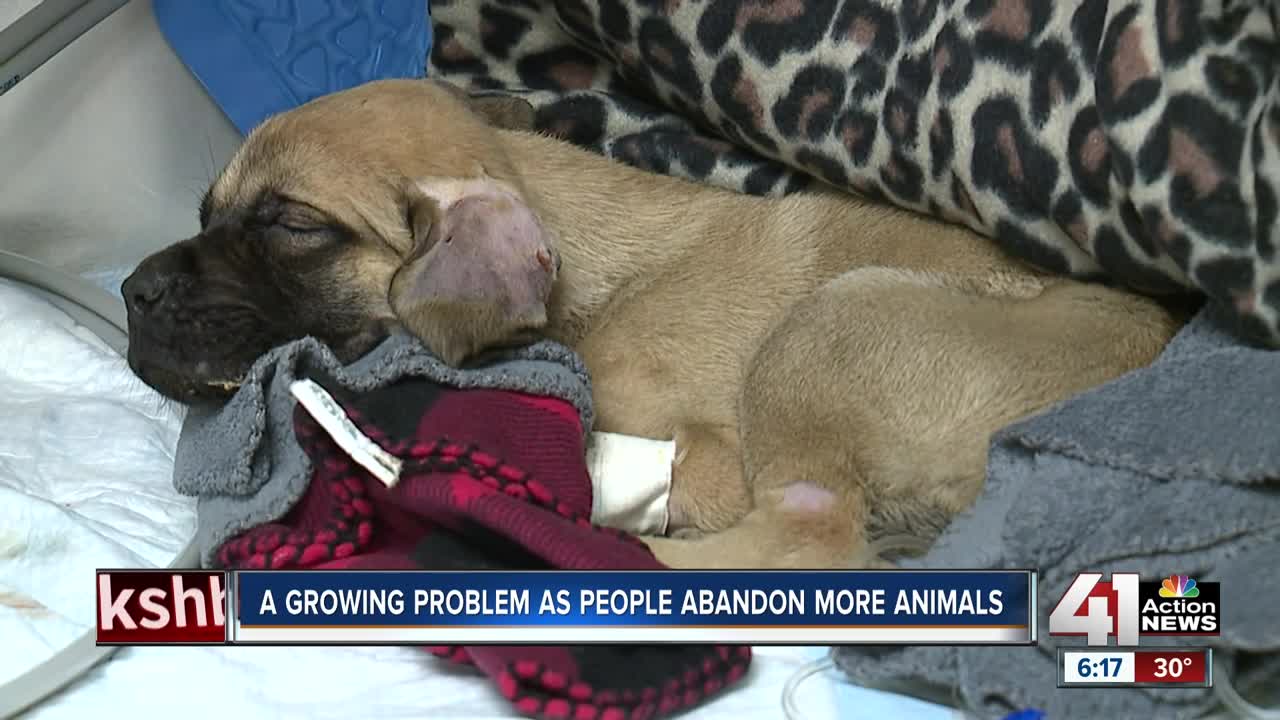 In the first eight days of 2019, KC Pet Project has taken in 112 surrendered dogs. Shelters say abandoned animals are a constant problem, but options exist for those thinking about surrendering a pet. 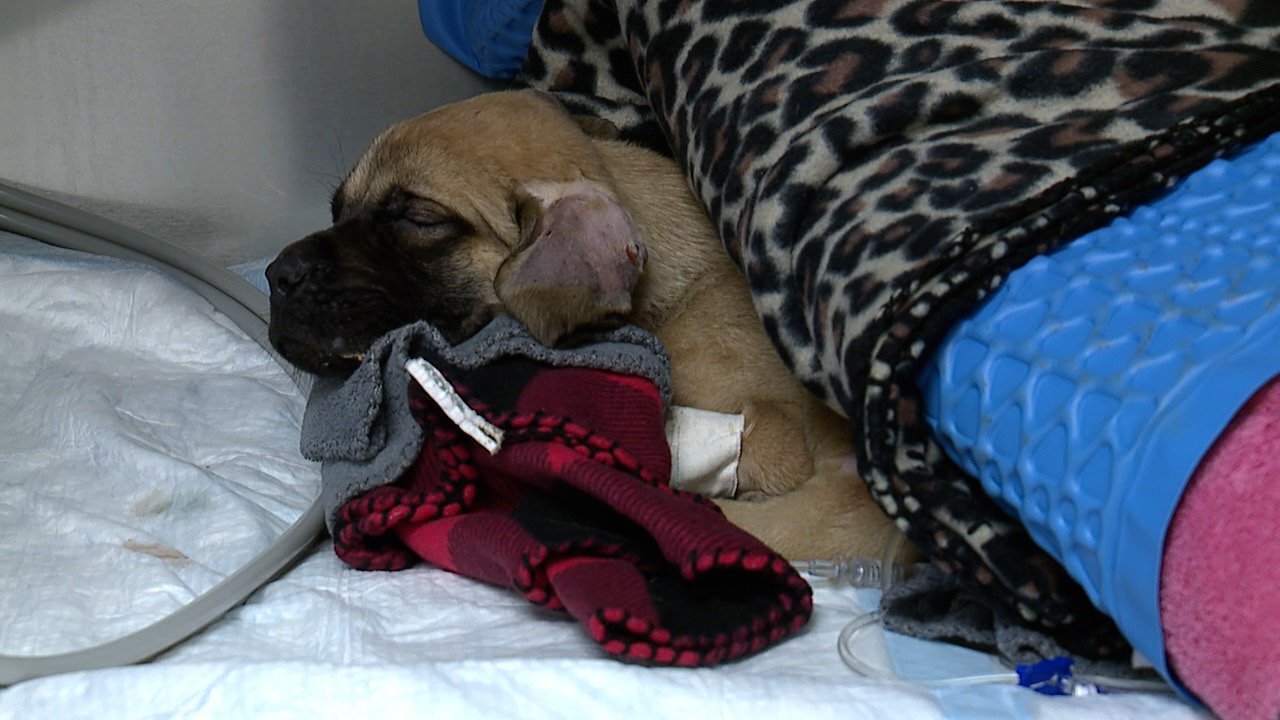 KANSAS CITY, Mo. — Thousands of animals sit in shelters every day waiting for a home.

Some are found on the side of the road, others are surrendered and, in many cases, some are found in horrible conditions. On Tuesday, a puppy was found abandoned at a construction site in Lenexa, Kansas.

"When our animal control officer arrived, they found out the puppy had been left by somebody tied to a pole," Lenexa police spokesman Danny Chavez said.

Police believe the puppy, which was malnourished and suffering from hypothermia, had been left outside for a few hours.

"Very sad to see. It was done intentionally," Chavez said. "It's not like it was found wandering in a public space."

Tori Fugate, director of marketing and communications for KC Pet Project in Kansas City, Missouri, said that the shelter gets an average of 30 animals a day, and some of them require significant medical treatment.

"Four to five of those animals are usually injured or ill in some capacity and need extensive medical treatments when they get to the shelter," Fugate said.

Despite the slight decrease from last year, shelter employees said abandoned pets are still a constant problem but that there are solutions.

"For someone just to abandon an animal, even if you don't have any other options, there are options out there for you. This is why KC Pet Project exists, to help those animals in our community that need our help the most," Fugate said.

Many people have expressed interest in adopting the puppy found in Lenexa. Police said that while they appreciate the offers, the puppy is not up for adoption.

But it's a good reminder that if you do want a puppy, start by looking at an area shelter.

"Everybody wants this dog, but there are a lot of other great dogs out there as well," Chavez said.

Anyone with information about the abandoned puppy is asked to call Lenexa police at (913) 477-7385.