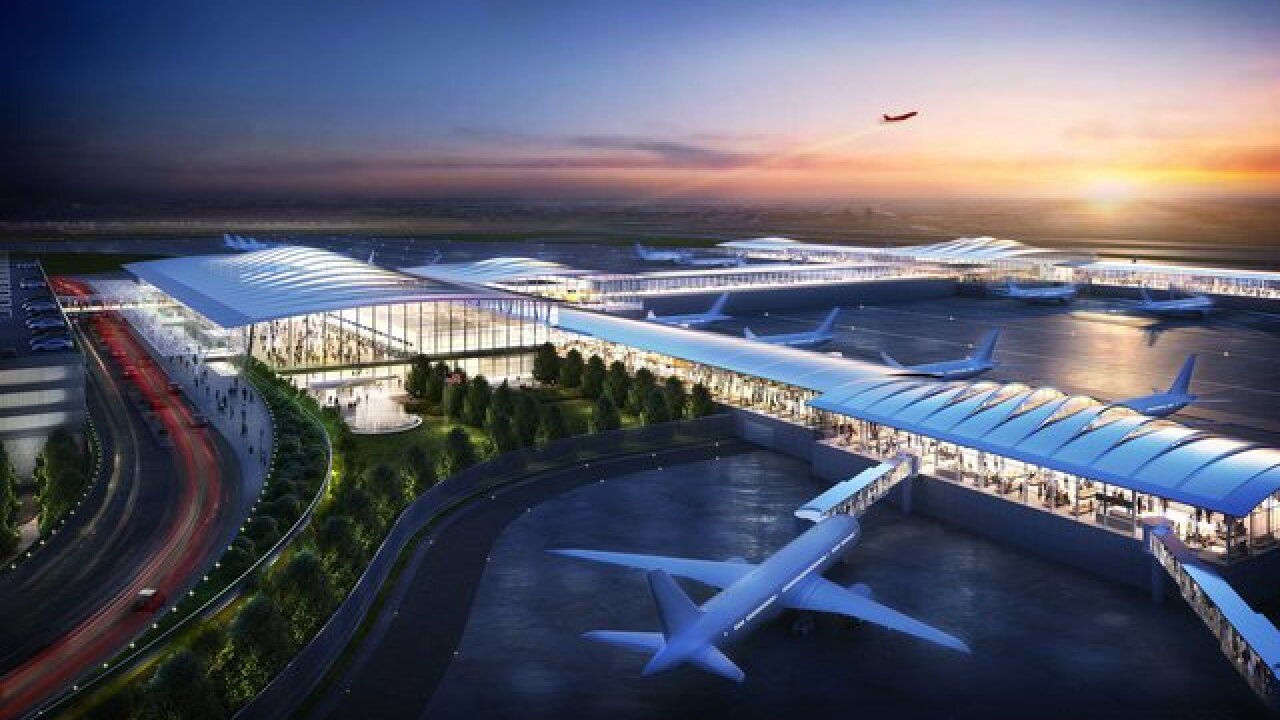 Copyright 2017 Scripps Media, Inc. All rights reserved. This material may not be published, broadcast, rewritten, or redistributed.
<p>Aerial view rendering for KCI.</p> 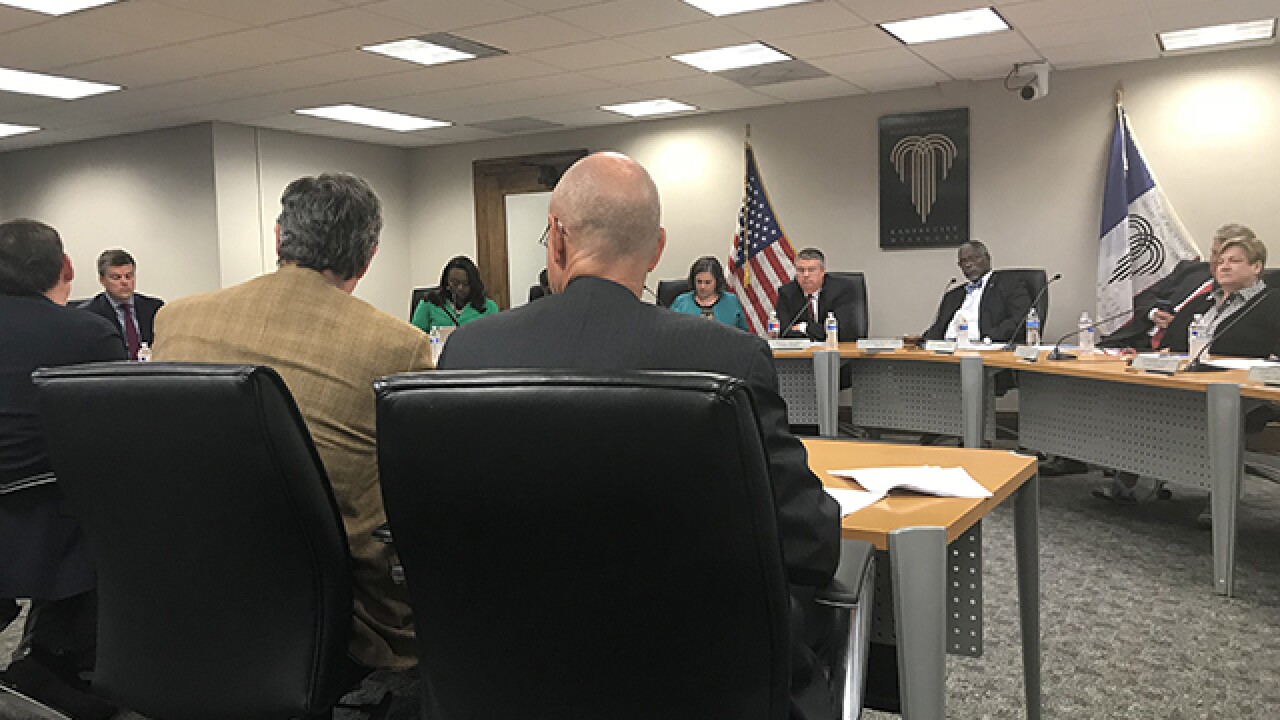 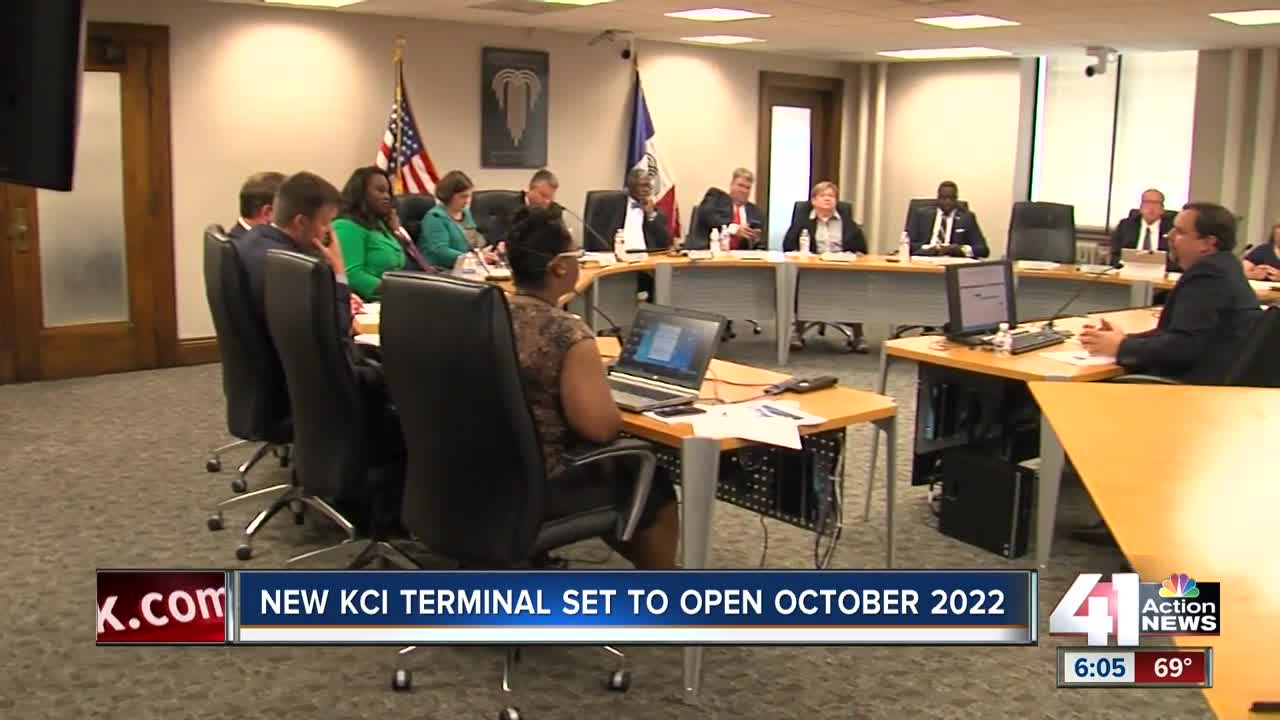 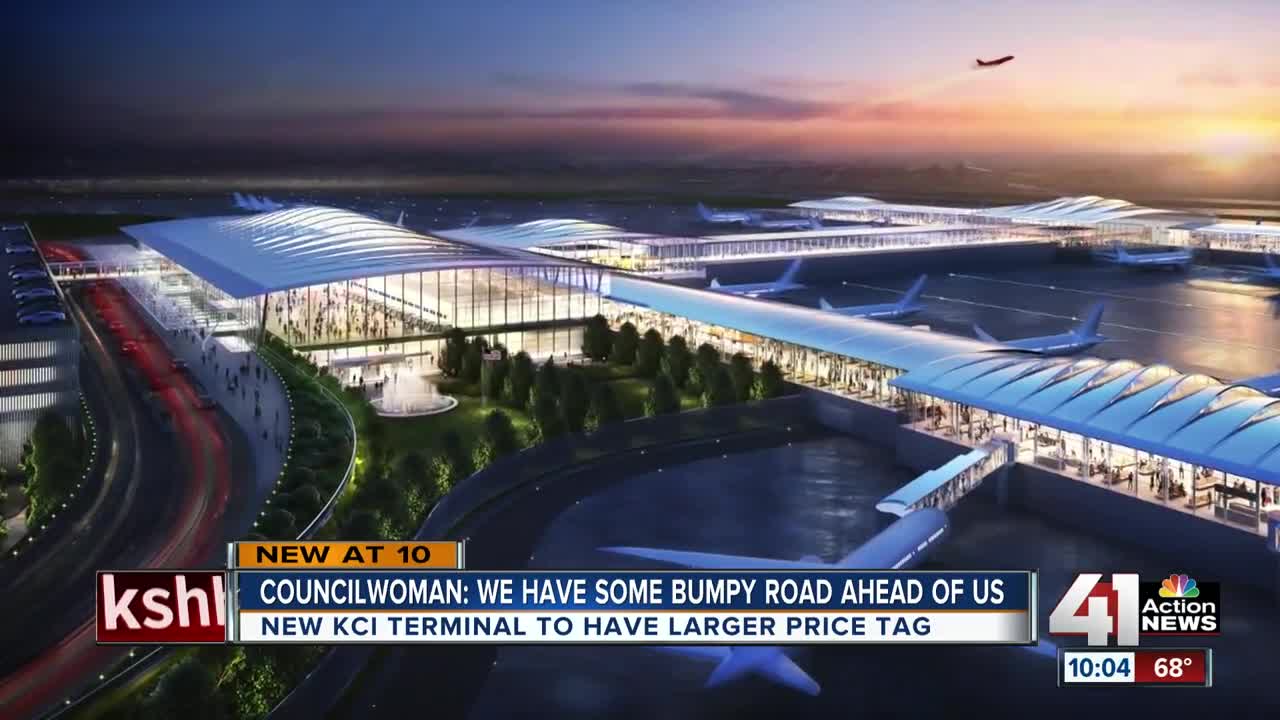 KANSAS CITY, Mo. -- Eventually, Kansas City will get a new airport, but the project’s scope, cost and estimated date of completion all changed Thursday during the Kansas City, Missouri, City Council Business Session.

The KCI-Edgemoor team said the project will cost an additional $250 to $350 million and won’t open until October 2022 at the earliest.

Airlines cited larger planes and more projected flights in requesting 39 gates rather than 35 in April. That request also increases the terminal’s square footage, which adds significantly to the terminal’s projected cost.

"The old building versus the new building is a bit of apples and oranges, and the schedule that we put forward today we think is a right-size for the project we're going to build," Edgemoor Managing Director Geoffrey Stricker said.

With the additional gates and increased capacity, it may push the project’s cost as high as $1.4 billion as opposed to the current projected $1.02 billion price tag.

It also pushes back the projected timeline for opening the new terminal nearly a year. It had been tentatively scheduled to open in November 2021.

"What I have heard is at least causing some concern," Mayor Pro Tem Scott Wagner said after the Edgemoor presentation.

The increase in cost wasn't a surprise to Wagner, but he's keeping a close eye on the final price tag, which should be released in October.

"I'll be looking in the next two or three months to see if we have a guaranteed maximum price. If we don't, then I'll have a lot more questions and a lot more problems," Wagner said.

Additionally, there are also details to iron out with the community benefits agreement for sourcing contracts and labor on the terminal’s construction.

Following the announcement on Thursday, City Councilwoman Jolie Justus said the changes served as a positive sign for the project.

“Because we have continued growth at the airport, we’re going to need a bigger airport,” she said. “This is good news for Kansas City.”

However, other City Council members did not share the enthusiasm.

“People got ahead of themselves,” she told 41 Action News. “They weren’t putting information out that was correct.”

Despite airlines paying for the increased cost of construction, Loar said fliers at KCI would see a greater impact.

“They will see increases on a lot of levels from parking to tickets to concessions,” she said. “My guess is anything you do at the airport is going to be a little higher than it is now.”

“I think the price is going to be significantly higher than the numbers we have today,” she said. “I’m expecting probably $2.5 billion, that would be my guess. I think we got some bumpy roads ahead of us before we get there.”