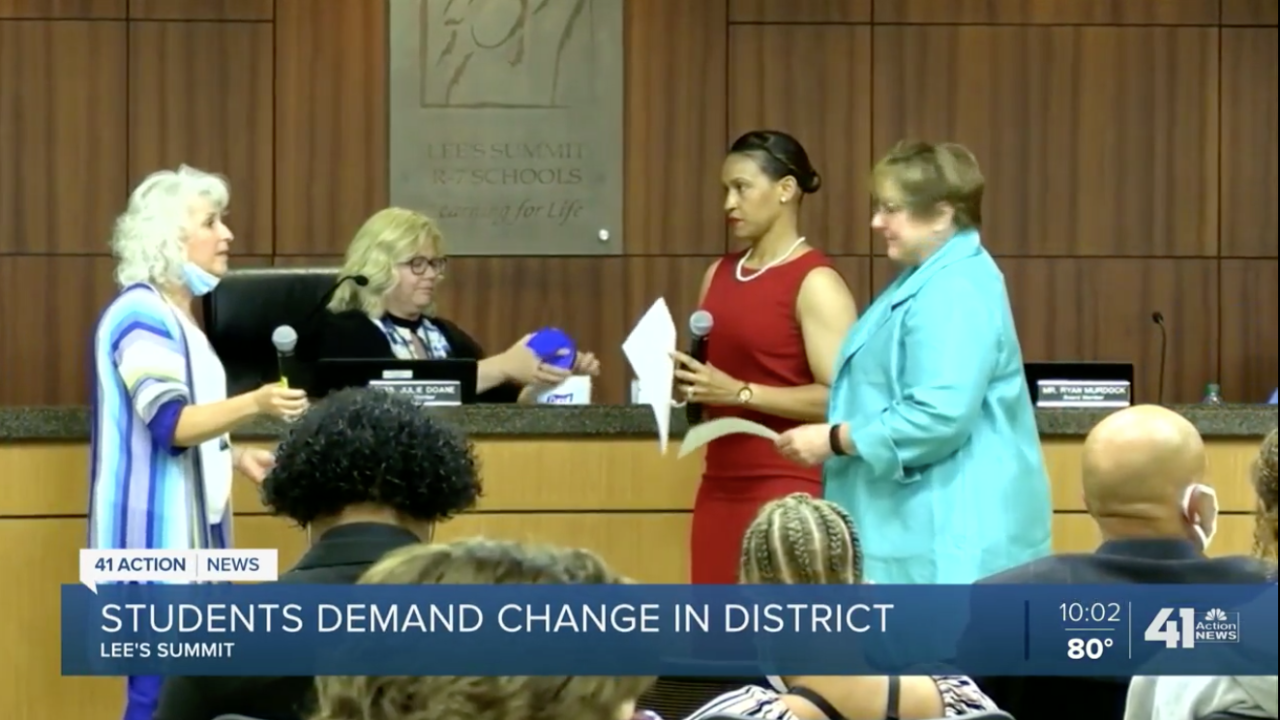 Megan Marshall is sworn in on Tuesday, June 9, 2020, to the Lee's Summit R-7 School District Board of Education.

KANSAS CITY, Mo. — Megan Marshall, the first black woman to serve on the Lee’s Summit R-7 School District Board of Education, said the voices of students and their families can no longer be “discounted or brushed aside.”

As she was sworn in to the board on Tuesday, she showed a petition calling for change that more than 500 students and community members signed. The petition comes after the district’s first black superintendent, Dennis Carpenter, resigned after receiving threats and clashing with board members over his plan to bring equity training to the district.

“Our students deserve better,” Marshall said. “Our community deserves better. They deserve to have advocates for them. Specifically, those that have been elected to oversee the environment in which their children spend most of their day.”

She said she is on the board because the students demanded action. The petition called for racial sensitivity training, for at least one counselor at each school to be trained in PTSD and crisis counseling and for policies that protect the LGBTQ+ community.

“I believe that you must be a champion for all students and families, leading on issues which matter most to them, not just a procedural guru or Master of Robert's Rules of Order,” Marshall said, “because what we've seen is that without transparency and accountability, there is only an illusion of order, with very real trauma hidden behind smoke and mirrors.”