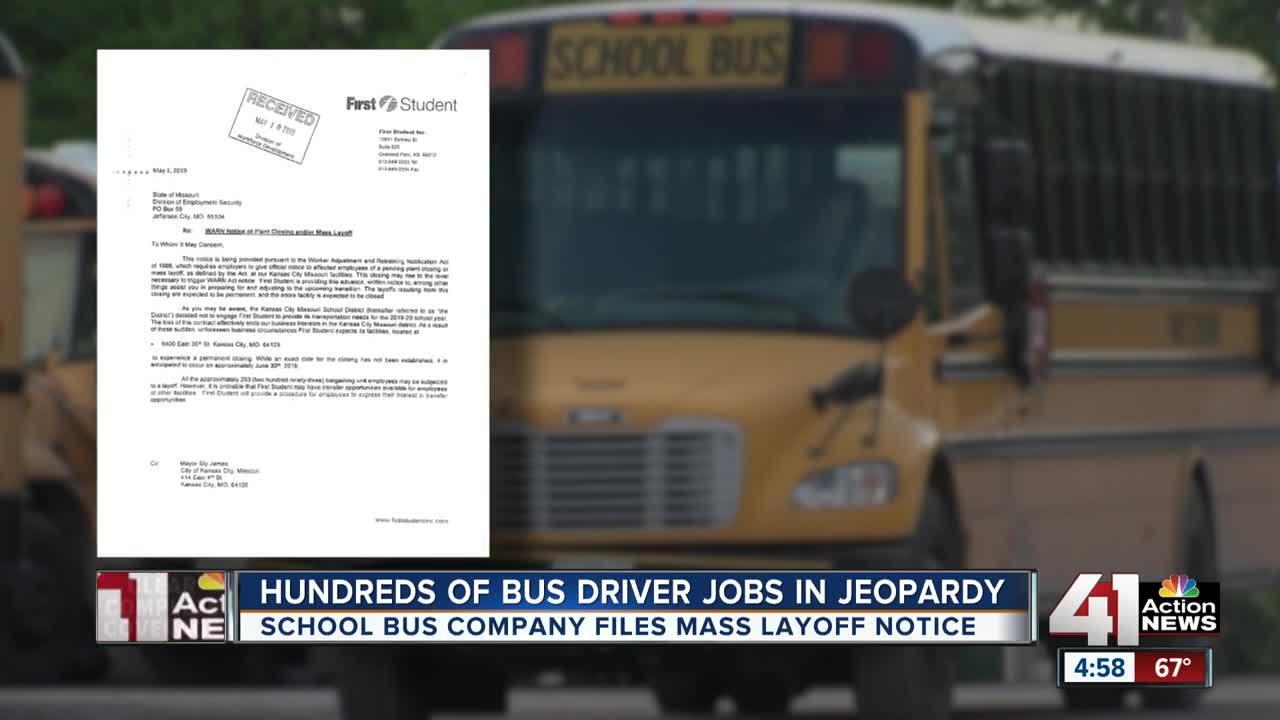 First Student filed a notice last week that they are having to lay off hundreds of workers. 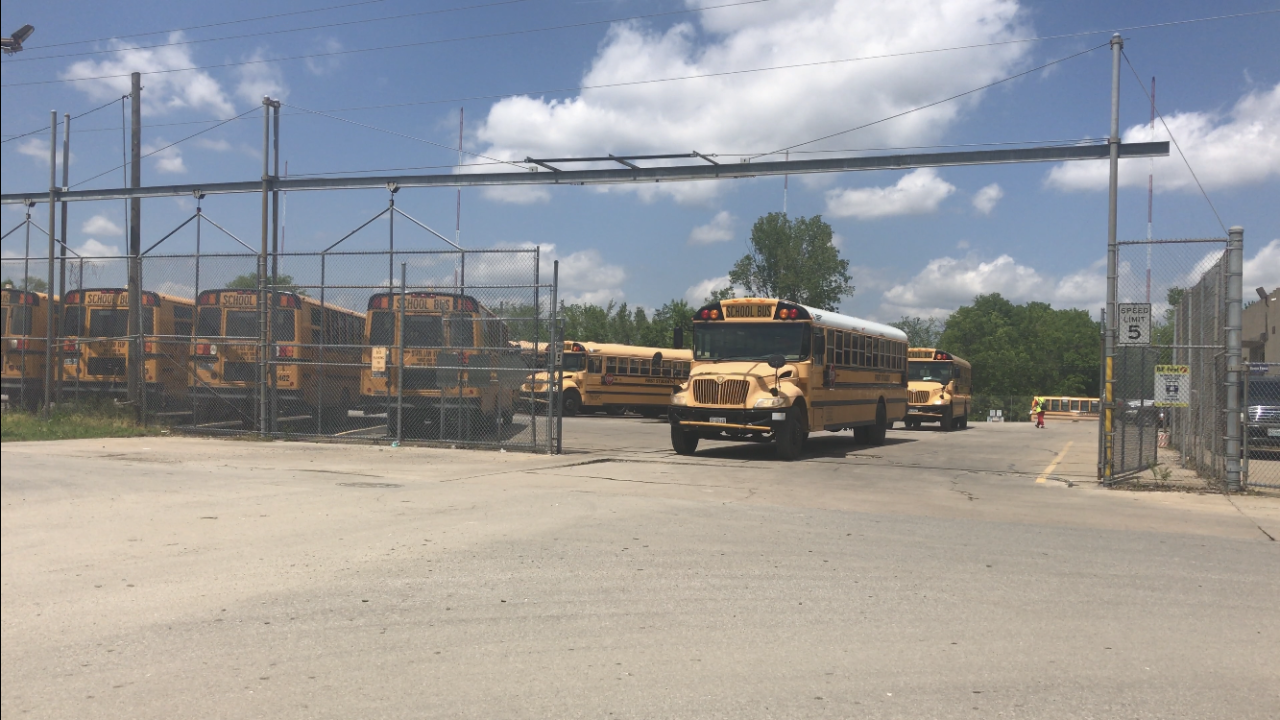 On Friday, First Student sent a letter to the state of Missouri and Kansas City Mayor Sly James, informing them that the company would be leaving its facility at 6400 E. 35th St. by the end of June.

The announcement came after KCPS chose a different company to bus the district’s students.

While the letter states 293 employees may be laid off, First Student officials said Monday that they were doing their best to avoid mass layoffs.

"The intent is to retain as many of our drivers as possible,” First Student spokesman Chris Kemper told 41 Action News. “We feel a lot of opportunity in new business growth and the growth of our charter business, and we're currently working to secure new property in the area.”

STA plans to move into the lot First Student currently occupies. The company is in the process of hiring 175 drivers and says it is considering applicants from First Student.

"We want to give everybody an opportunity to come over and apply if they meet the qualifications and to try and find employment for them," STA Vice President of Operations David Prince said.

STA is familiar with the Midwest. The company transports students in Columbia and in Omaha, Nebraska.

"What we're focused on now is making sure we have efficient routes, being able to get the students to school on time for breakfast and give them an opportunity to learn,” he said. “We want to be a part of the solution and be a partner with the school district.”

STA hope to have its own buses moved into the 35th Street facility by mid-June.

The company is currently hiring drivers at the W.E.B. DuBois Learning Center at 4510 Linwood Boulevard in Kansas City. It’s open from 8:30 a.m. to 5 p.m. Monday through Friday.