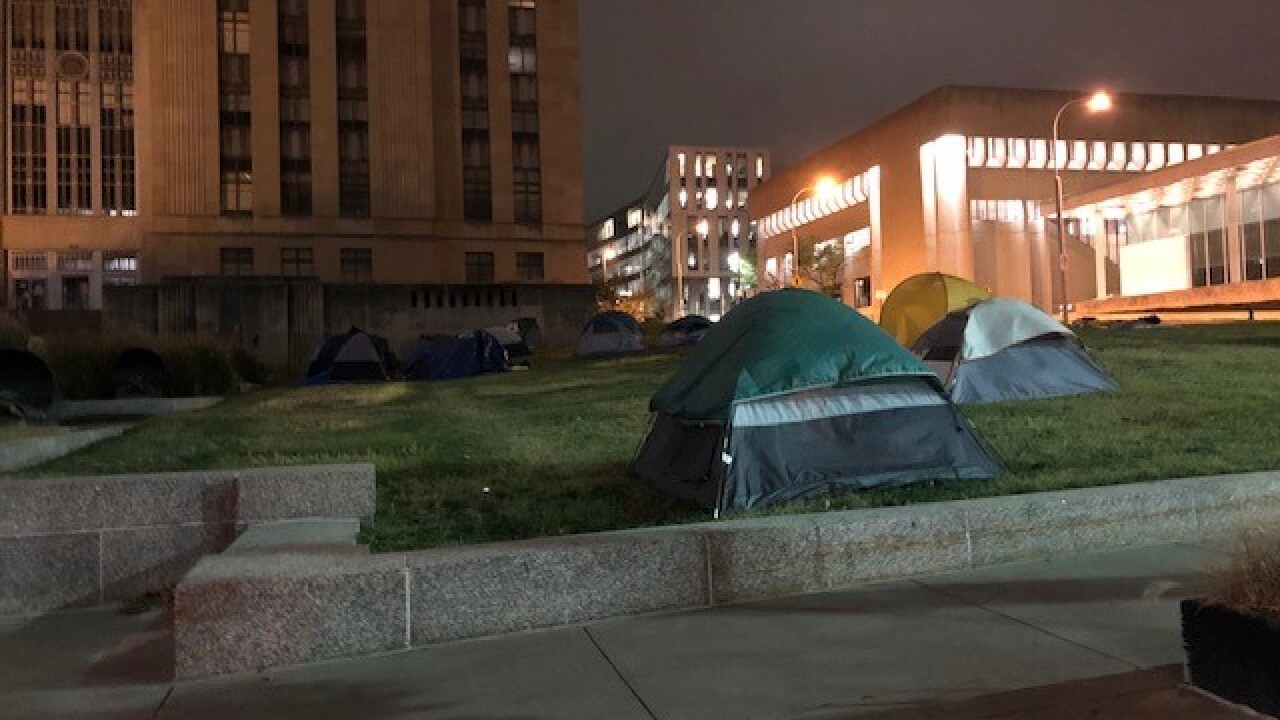 "After a historic 21 day occupation at KC City Hall, The People's City is declaring a ceasefire as talks have begun with public officials regarding reimagination of public safety and divesting funds from law enforcement," the group said in a tweet.

The protest began on Oct. 4 after a video of a KCPD police officer arresting a pregnant woman went viral on social media.

Officer Blayne Newton appears to briefly put a knee in Deja Stallings' back during the process of arresting her. She was nine months pregnant at the time and was placed on her stomach on the ground.

Protesters pledged to stay in front of City Hall until several demands were met, including:

Smith told 41 Action News last month he would not resign.

Protesters also claimed victory for a series of accomplishments related to the occupation and protests, including new KCPD use of force guidelines regarding pregnant women.