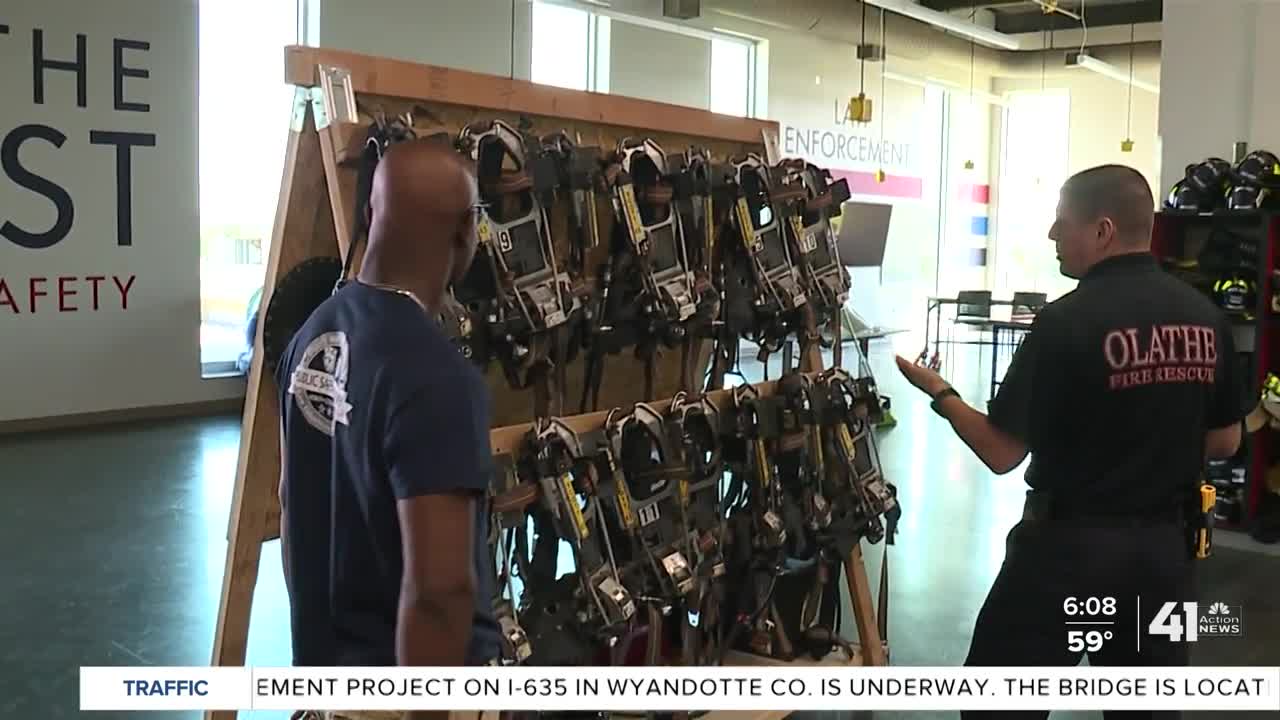 A Johnson County teen has traded traditional dorm life to live in a Warrensburg firehouse. It's part of a program that allows students like Guy Horsford to receive hands-on training as a firefighter, all while working toward a four-year degree at the University of Central Missouri. 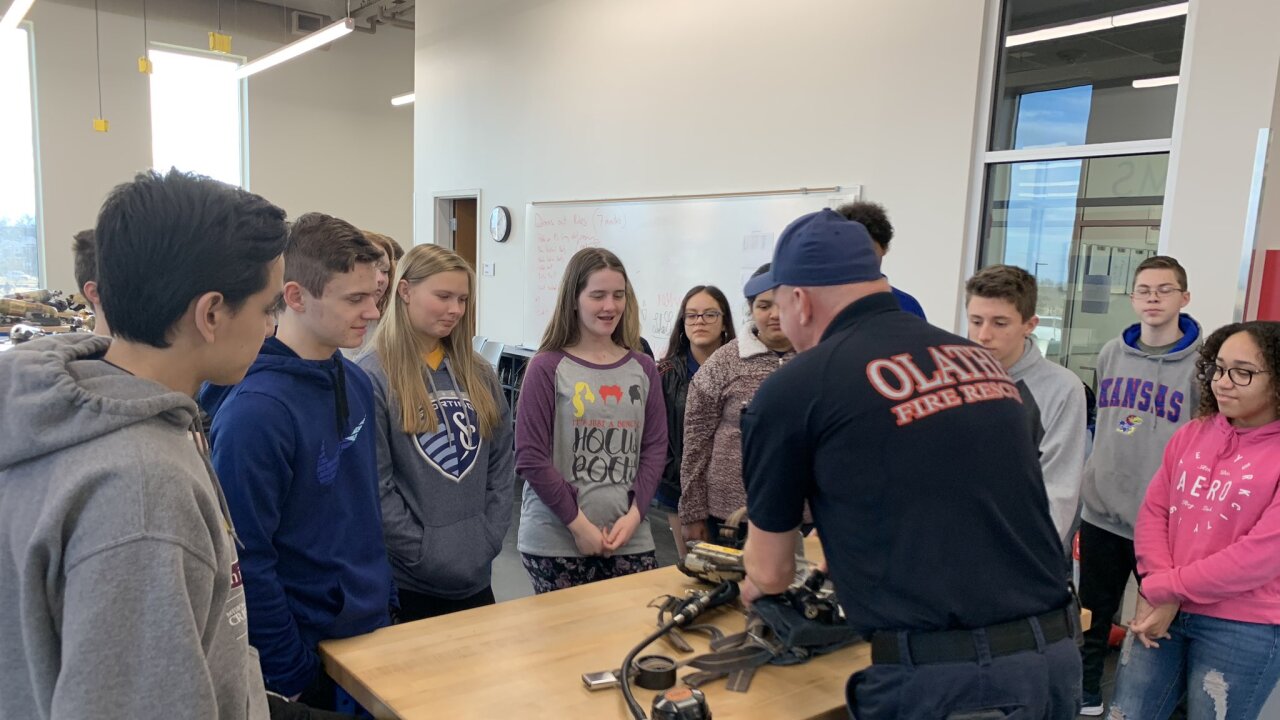 It's part of a program that allows students like Guy Horsford to receive hands-on training as a firefighter, all while working toward a four-year degree at the University of Central Missouri.

However, he and his family credit a class at Olathe West High School with giving him a head start.

Those who stop by the school will often see a firetruck parked outside two giant bay doors that slide open -- much like a real firehouse. Likewise, on the inside resides all the typical gear found at a fire station.

For teens who might have dreams of being a firefighter, it's an early opportunity to see if the career is a good fit.

"I think having this program really gets their juices flowing on that,” said Chris Curtis, an Olathe firefighter and class instructor, “and, 'Hey, is this something I want to do?'”

The 21st Century Public Safety Program is divided into two programs, one for firefighters and one for police. Both are part of students' daily curriculum, earning them 12 college credit hours.

"If they choose to do so, they can get those credit hours, 12 credit hours,” Curtis said. “Then they can actually go to Johnson County Community College and test for their firefighter certifications. And that gets them one step closer to being fully ready to go to be hired by a fire department somewhere.”

Hosford, a 2020 graduate of the Olathe West program, is a freshman at UCM in Warrensburg and already has earned all his certifications. He could start working as a full-time firefighter as soon as next semester.

"The 21st Century Public Safety Academy is a great stepping stone for anybody who wants to be a law enforcement officer or a firefighter," Hosford said.

Hosford's parents credit their son’s high school with setting him on this path to success.

Ali Hosford, Guy’s mother, said she is thankful the program gave Guy the opportunity to achieve his dreams.

"We couldn't be more proud of Guy,” Ali said.

Firefighters and police teach in the program, and the Olathe Fire Department currently is building a training center less than one mile from the high school. It's a space that will be used by full time firefighters and also available to students.