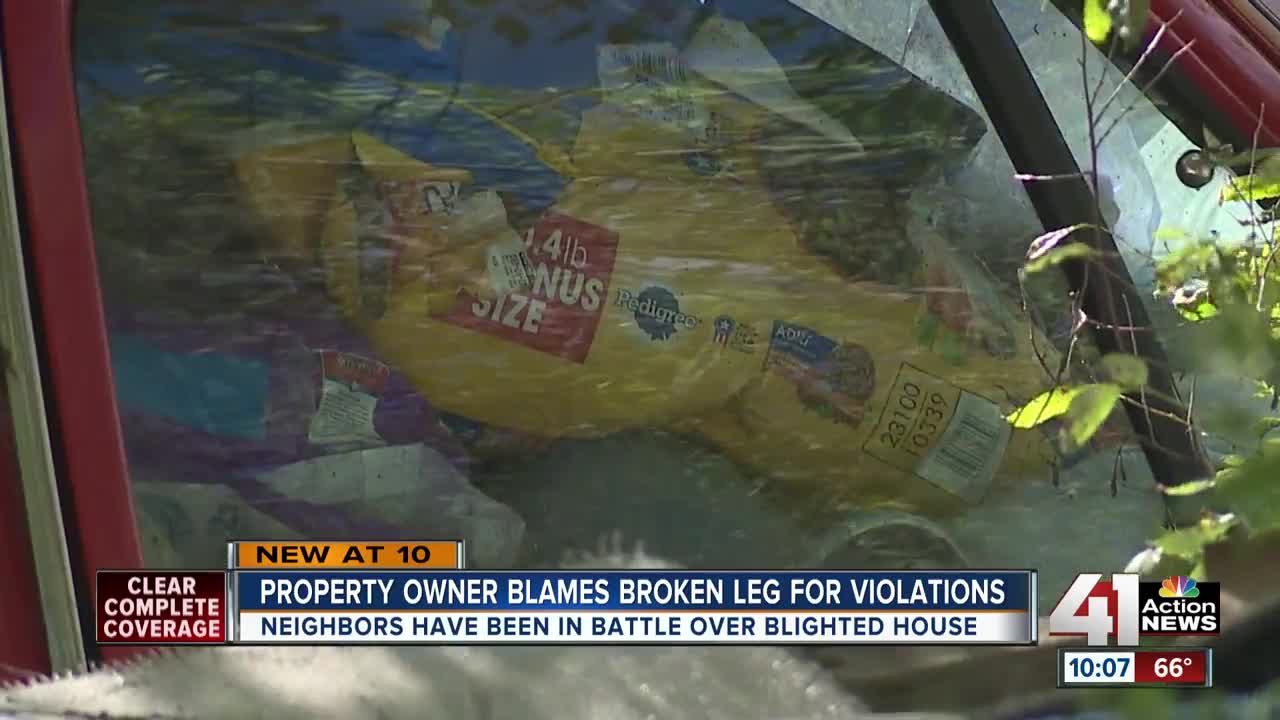 The owner of a controversial property blames a broken leg for the messy property and failure to appear in court. 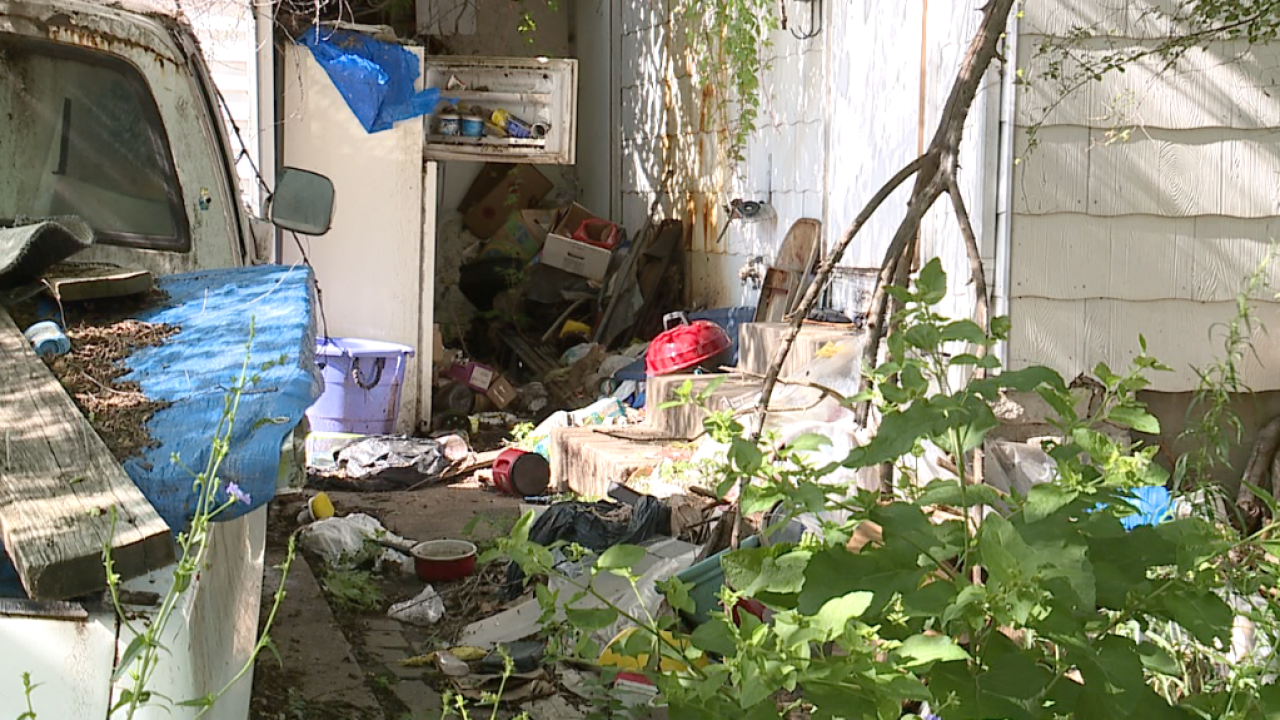 KANSAS CITY, Mo. — The owner of a Marlborough East property at the center of a neighborhood dispute appeared in municipal court Monday.

Between property and probation violations, John Michael Oyer currently has 45 ongoing cases with the city.

He was arrested last month after failing to appear in court several times.

As he hobbled out of the courthouse Monday on a single crutch, Oyer stopped to speak to 41 Action News on camera for the first time.

He blamed an injury for both the missed appearances and the mess that lingers on the east 80th Street property.

"I wound up breaking my leg on the way to court, and I've asked them to give me a little bit of leniency. I've asked the neighborhood to help me out," Oyer said.

Neighbors complained to 41 Action News in April about trash, tree limbs and abandoned trucks, as well as rats and snakes at Oyer's property.

"Taxpayers have paid their taxes, and we have a certain amount of justice we should be getting," Vice President Mike McCormick said. "We haven't gotten it yet."

The city granted Oyer a 30-day permit to go on the property and clean it up, but he claims it includes too many restrictions for him to get the job done.

"The big 'G' government, they're in my way. Just let me clean up my property. I know how to take care of my business, and I'll be more than happy to get it taken care of given the opportunity," Oyer said.

Oyer criticized the neighborhood association for not helping him.

"They claim to be this group that wants to help blight in the neighborhood. It's just not true. They're not being truthful," Oyer said.

The Marlborough East Neighborhood Association maintains members offered to help in the past, but the offer expired after several no-shows on clean up dates.

"We got all the tools and equipment, and no, he's not allowed to use any of them and we're not going to use them to help him," McCormick said. "Plain and simple, we didn't make the mess. We're not going to clean it up."

The Marlborough East Neighborhood Association will participate in a Fifth District clean up event on Saturday from 8 a.m. to noon.