Patrick Mahomes' father knew his son would be a pro, just not in football 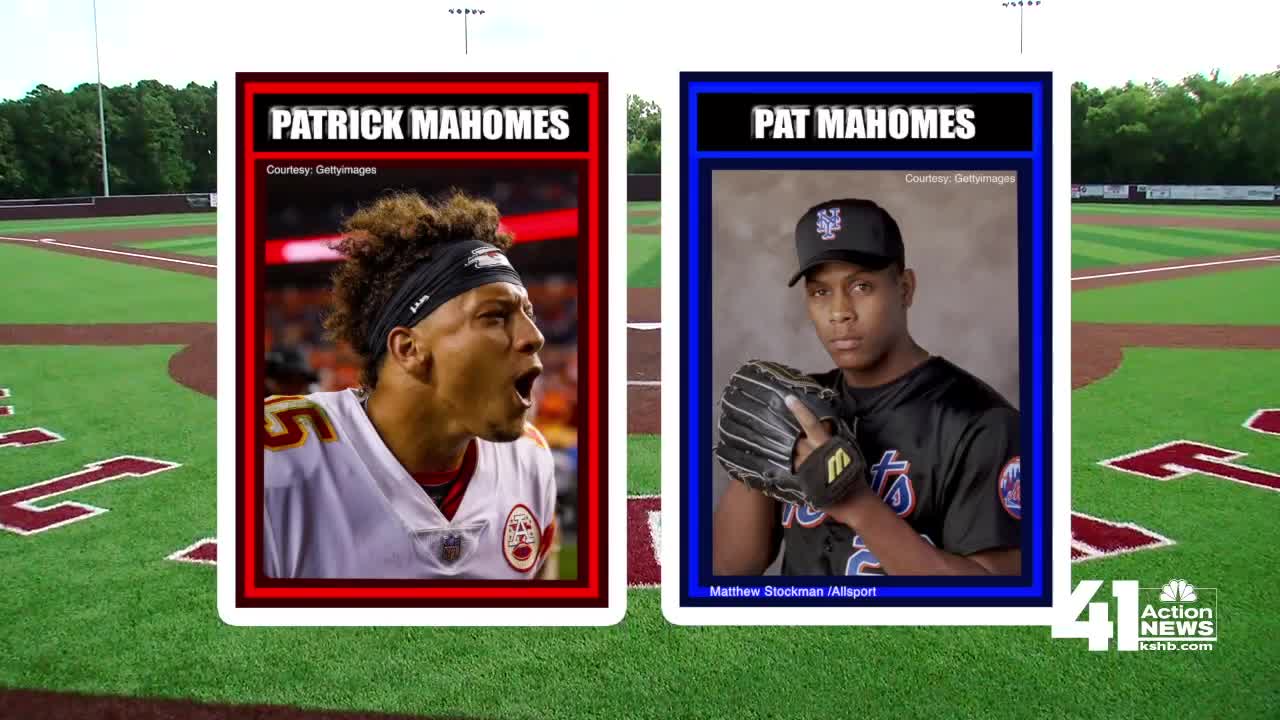 Kansas City Chiefs quarterback Patrick Mahomes' father, Pat Mahomes Sr., always knew his son would be a professional athlete. He just thought he would follow him into the majors and not become an NFL star. WHITEHOUSE, Texas — There's a difference between Patrick Mahomes’ jersey and the way he identifies himself on social media.

If you look at his Twitter or Instagram pages, you'll see "Patrick Mahomes II." The Kansas City Chiefs' quarterback and reigning NFL MVP shares his father's name — and now career as a professional athlete.

Pat Sr. made his name in Major League Baseball and thought for a long time that Patrick II would follow the same path.

During more than a decade in the majors, Mahomes spent two seasons with the New York Mets, including 2000 when a then-5-year-old Patrick II watched the Mets reach the World Series.

"He was out there shagging balls, and he actually caught his first ball out there in the outfield off a big leaguer's bat,” Pat Sr. said. “And I thought, ‘Normal 5-year-olds, they don't do this.’"

Normal 23-year-olds don't win NFL MVP in their first season as a starter either, but Pat Sr. wasn't the only one to see his son's talent at an early age.

"I put him in T-ball and he was supposed to play just regular T-ball, but they ended up moving him up to advanced after the first practice," Pat Sr. said.

Patrick II continued to play baseball in high school, wearing No. 5 back then and showcasing a great bat and a fiery right arm.

Pat Sr. has been a fixture at Patrick II's games from the beginning, making sure his son always knew two important things: "I would text them on game days, all of them, and I'd say, 'You know I love you, but players make plays,'" the elder Mahomes said. "Whatever you've gotta do to make a play is what you've got to do."

Everything was on track for pro baseball career, according to Pat Sr. He said he knew by the time Patrick was 10 that he would be a professional baseball player.

"His junior year, he got to be quarterback," Pat Sr. said. "He'd always wanted to be the quarterbac. He just told me, ‘Dad, I want to try this football thing out and see what I can do.’ Playing in Texas, you get thousands of people up in the stands, and I just feel like he liked being out there in the pressure situation with everybody watching."

He's not playing in Texas anymore, but now there are tens of thousands of people in the stands.

During his 2018 MVP season, Pat Sr. was at almost every game, home and away. He saw his son show up to an October game against the Cincinnati Bengals wearing his Mets jersey.

“I'm not gonna lie," Pat Sr. said, "I mean, I cried. I was very honored that he thought enough of me that he was gonna wear that jersey to his first big game.”

Watching Patrick II's numerous jaw-dropping moments last season, the left-handed pass at Denver and no-look pass versus Baltimore come to mind, resulted in some interesting Q&As between father and son.

"Some situations when he does it, that's when we have our conversations,” Pat Sr. said. “I'm like, 'Why would you do that? Why would you take that chance?' And he's like, ‘Dad, I'm trying to win the game.’"

Thankfully, we still got the chance to see Patrick II's skills on the diamond, including when he hit a home run at Kauffman Stadium during the 2019 Big Slick Celebrity Softball Game.

Just make sure, whatever sport you're watching him play, to call the younger Mahomes “Patrick” and his father “Pat.”

“That's the right way to say it,” Pat Sr. said. “If you don't, his grandmother might have a fit.”

Pat Sr. told us that he and Patrick II still talk almost every day, though it's harder to talk about game film with him anymore thanks to the intricacies of the Chiefs' offense.